The mixed figures from Denmark will help buoy the krone against the single currency in sessions. Copenhagen reported a -1.0% contraction in the first quarter of 2021. This was following two (2) consecutive economic expansions in Q3 and Q4 by 5.2% and 0.7%, respectively. While the GDP disappoints investors, the unemployment data gives hope of better second-quarter results. In May, the unemployment rate dropped to 3.6% from a revised forecast of 4.1% in the prior month. This was the same figure recorded in April 2020. In other news, the Danish economy was reported to decline by -2.1% last year instead of the published -2.7%. As for the EU’s largest economy, the unemployment rate remains at 5.9% which came in line with the estimates. As for the individual figure, there was a net difference of 101,000 from May’s 2.729 million and the current month’s 2.691 million. The EURDKK pair is headed towards April 23’s low of 7.42653 in the near term. 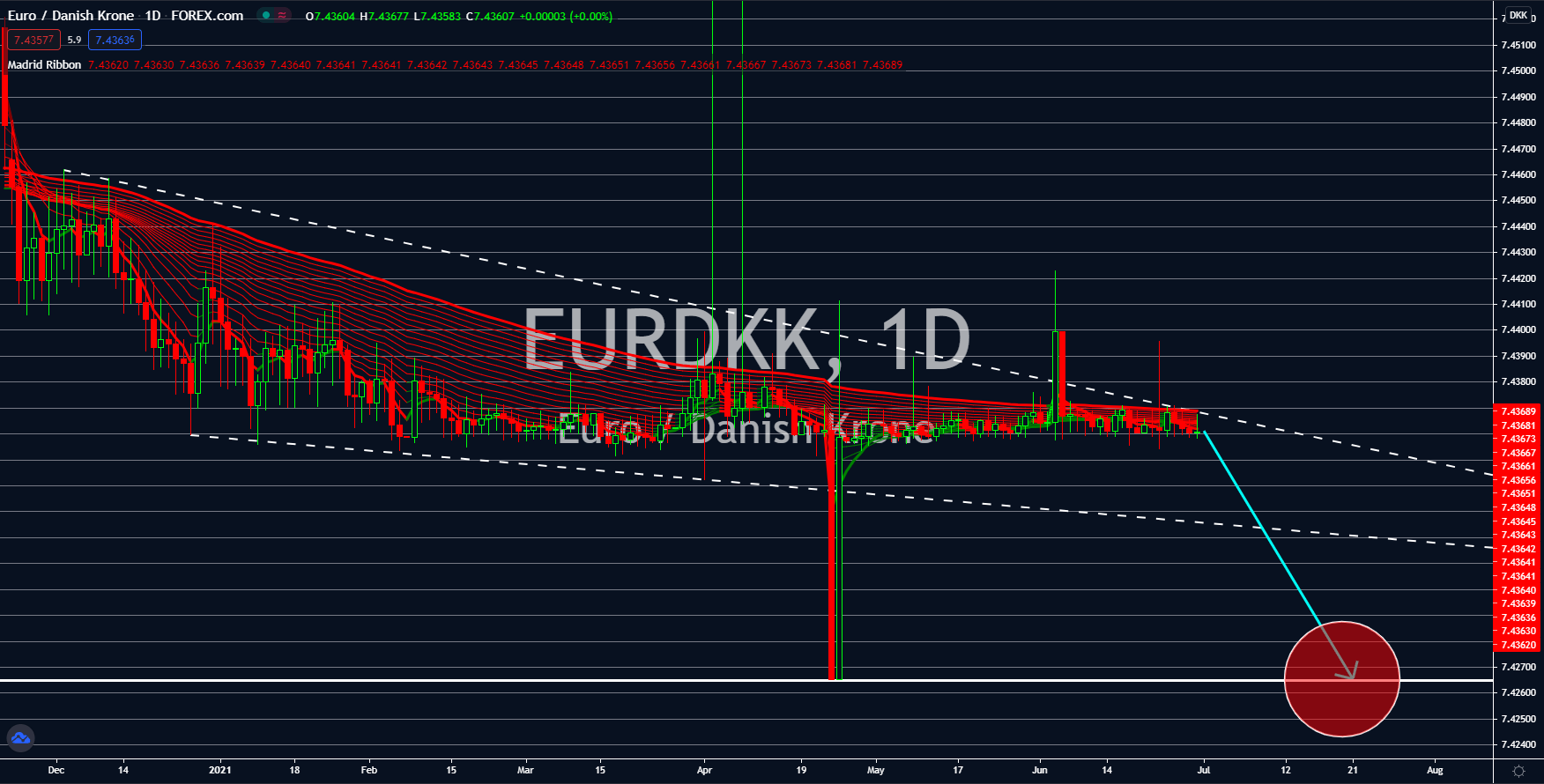 Turkey incurred -4.13 billion in trade deficit in May. This was higher than the previous month with a record of -3.06 billion. The negative figure from the trade balance report suggests that domestic production came in lower than imported products. Hence, negative for the Turkish lira. As for the EU, the market is mixed with different results from the Eurozone and the EU’s largest economy. For the preliminary report for headline inflation, the trading bloc published an increase of 1.9% which is lower than the ECB’s target of 2.0%. Meanwhile, Germany’s result overshoots the central bank’s target at 2.3%. The HICP (Harmonised Index of Consumer Prices) also advanced by 2.1%. But as the reports that contribute to the overall inflation are starting to show recovery signs, the European Central Bank (ECB) might consider cutting its bond purchasing program worth 2.2 trillion. Meanwhile, analysts expected the interest to remain at zero percent. 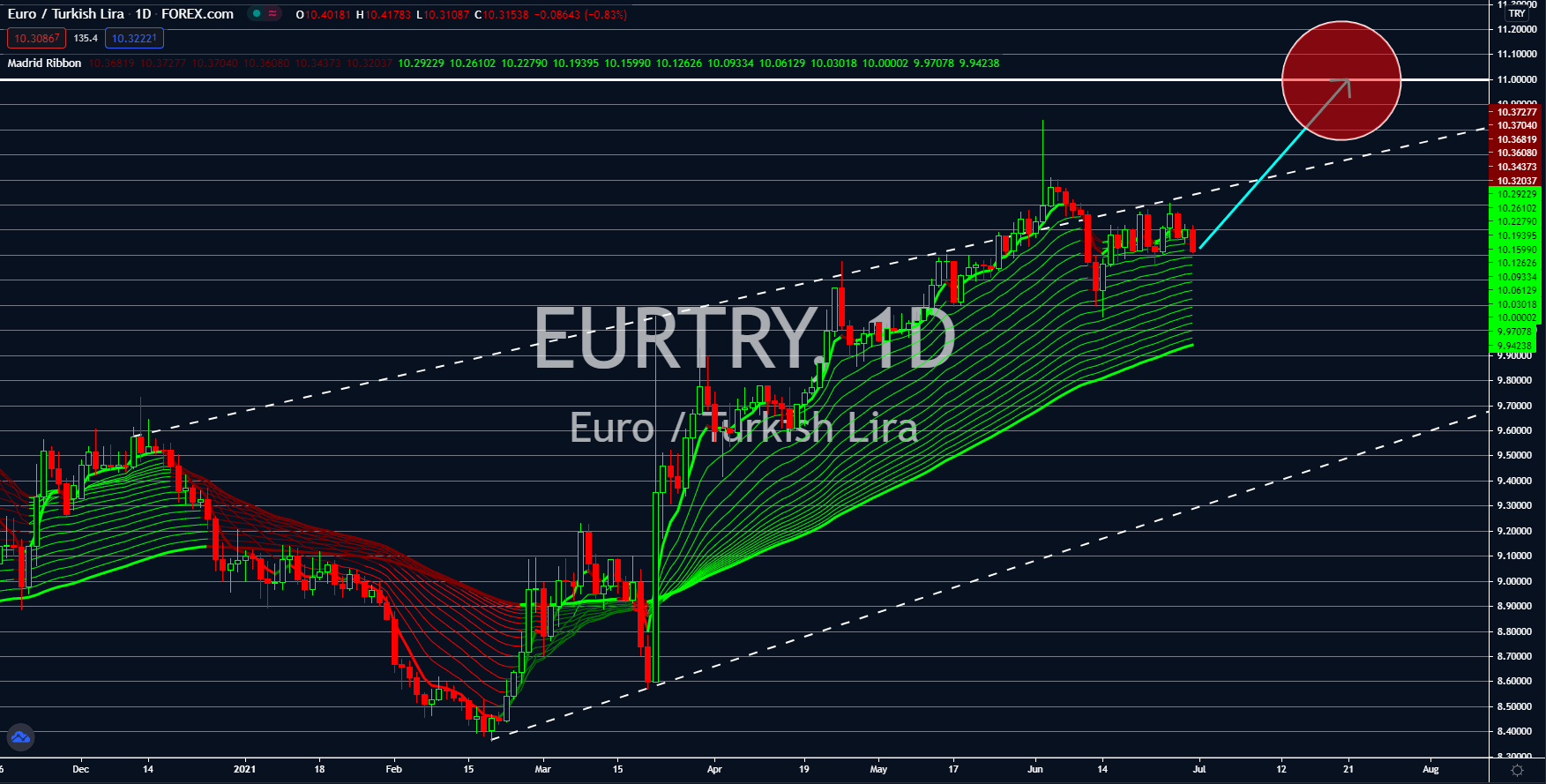 Economic activity in the UK is starting to pick up as shown in the latest credit reports. The Bank of England’s Consumer Credit report came in higher than the 0.240 billion forecasts with the actual result of 0.280 billion in May. This was the first positive data recorded in the past nine (9) months. Net lending to Britons was up by 6.9 billion which was the highest number since 2016. Meanwhile, mortgage lending was the biggest contributor to the overall credit at 6.58 billion. The reported amount was the second-largest pandemic result. In March, mortgage lending rose to a historical high of 11.83 billion or during the time that the British government started to reopen its economy. As for the Q1 2021 GDP report, the -1.6% quarterly figure was worse-than-feared. This suggests a continued ultra-loose monetary policy by the Bank of England. This, in turn, will encourage mortgage applications with the number of approved applicants soaring by 87,500 in May 2021. 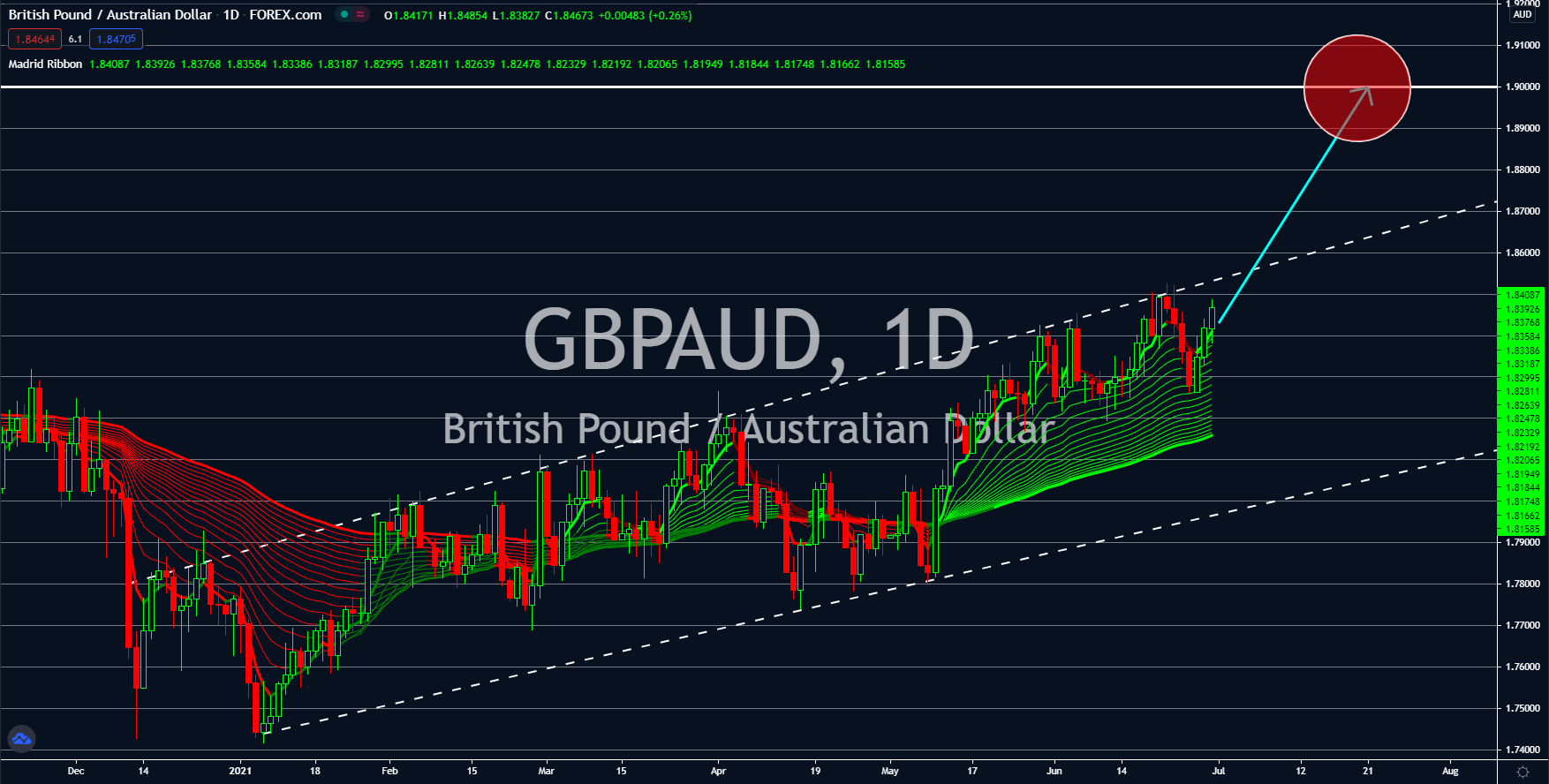 The Canadian economy contracted in April this year by -0.3% on a month-over-month (MoM) basis. This was the first time that the number turned negative in the past twelve (12) months. Along with the disappointing GDP result was plans to further extend government support to businesses and individuals. Prime Minister Justin Trudeau is hoping for his party to survive the next election and politicians said that a stimulus proposal might be in the works to secure votes. In addition to this, the border with the United States remained closed despite the country’s success in containing the deadly virus. PM Trudeau defended his actions saying that a premature easing of restrictions might result in a fourth wave of the pandemic. Furthermore, a new stimulus will help the economy to stay afloat during the extended lockdown. The GBPCAD pair is set to retest April 20’s high at 1.75878 this week. Meanwhile, the key resistance to break is February’s intraday high of 1.78488. 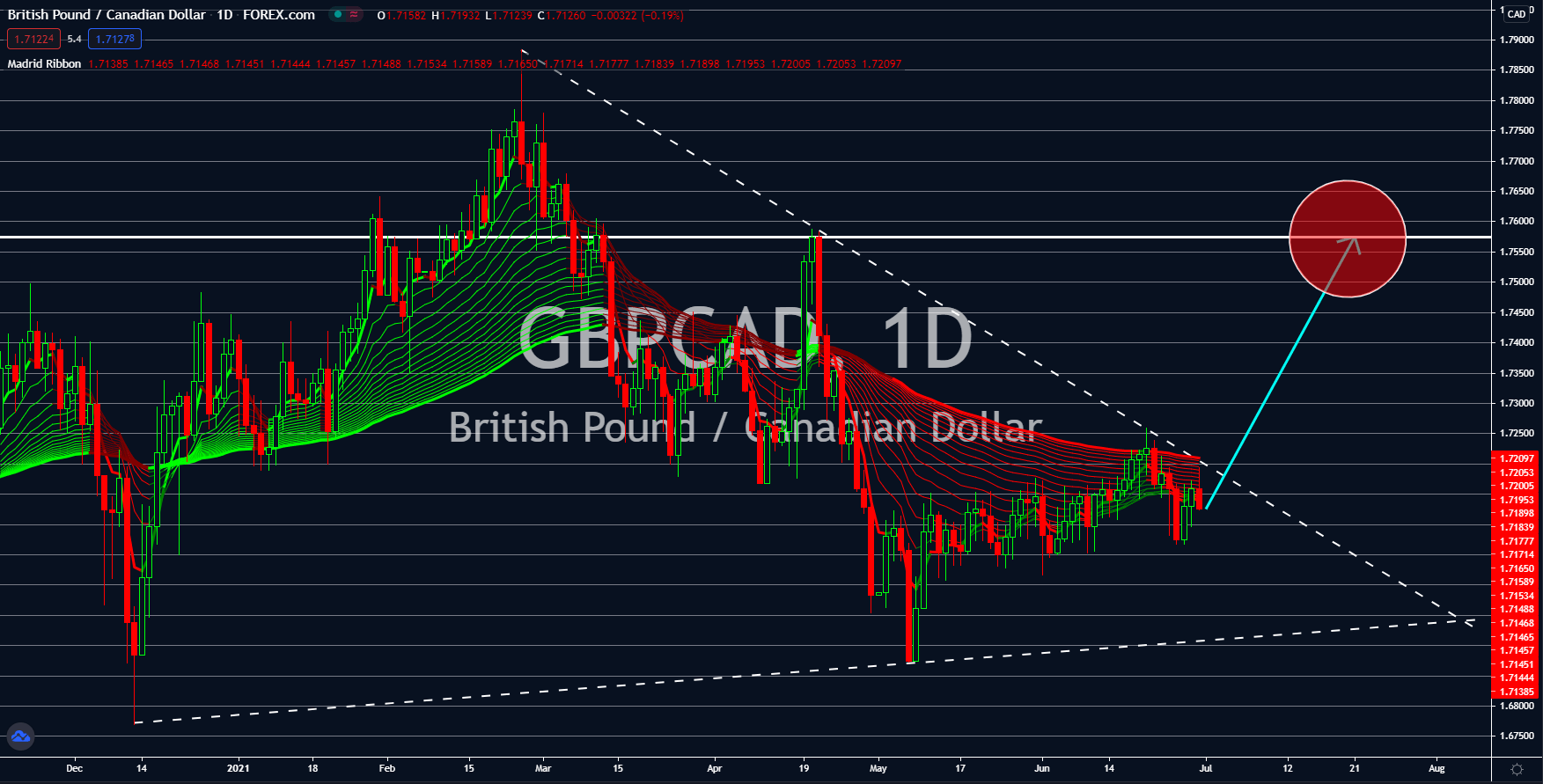