Russia’s headline inflation jumped by 6.5% in June beating the 6.3% consensus estimate and
6.0% prior result. This was the highest reported monthly increase in the past five (5) years. On a
month-on-month basis, the consumer price index (CPI) soared 0.7%. This is higher than the
forecasted 0.5% growth for the month. The surging prices of basic goods lead to bullish
sentiment among investors of the ruble. There were three (3) interest rate hikes in the past three
(3) meetings and analysts expect further tightening on July 23’s Bank Rossii interest decision.
The initial increase was made in March by 25-basis points followed by two (2) 50-basis points
increase in April and June. Another economic report released this week was the Services PMI
(Purchasing Managers Index). On Monday, July 05, June’s result came in at 56.5 points. This
represents a decline by 1.0 points in May. Despite this, the drop is minimal, and an uptrend result
is visible since H2 2021. 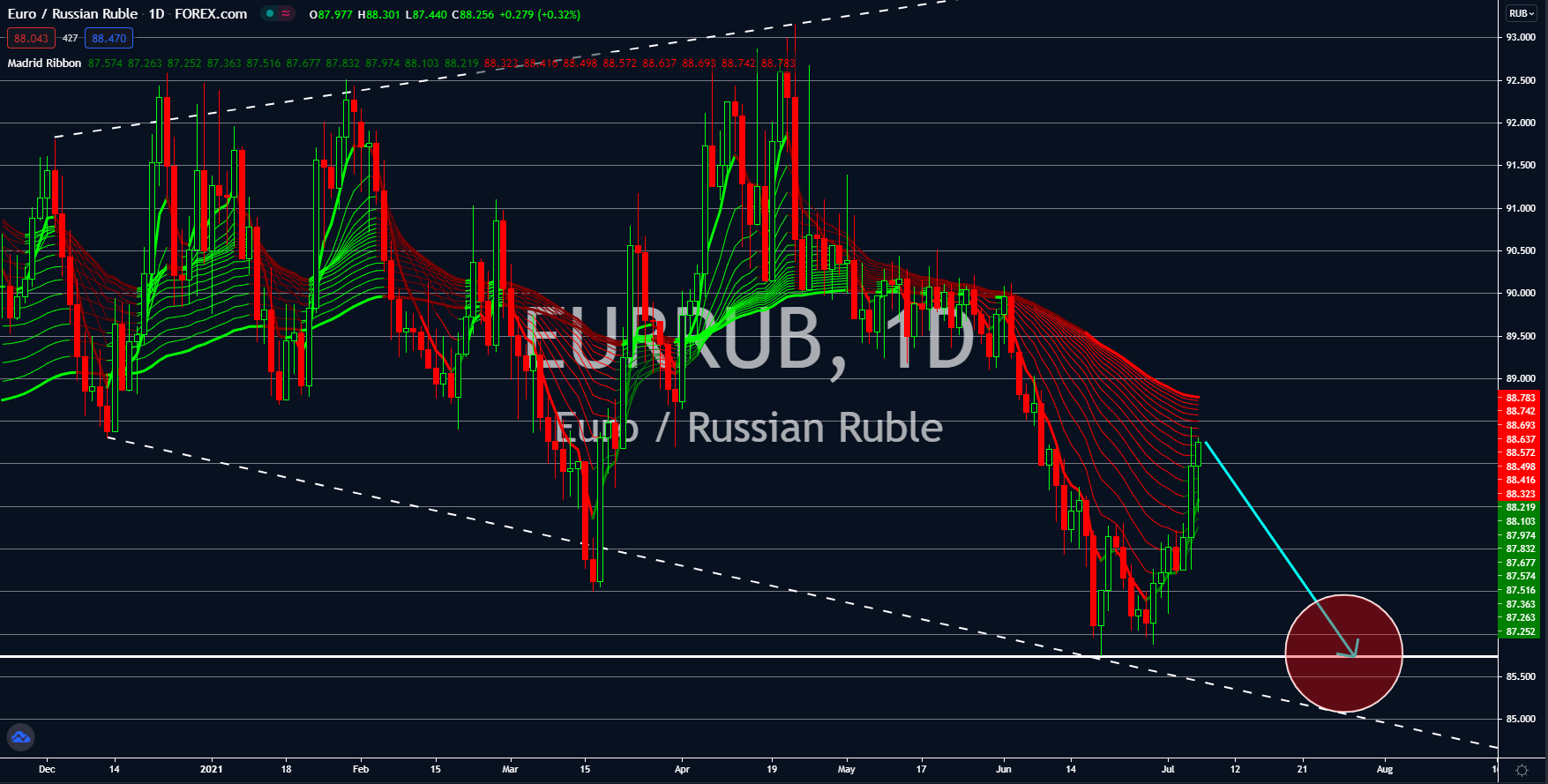 Poland is highly anticipated to defy the market’s pressure to increase its benchmark rate and
leave it at a record low of 0.10% at Thursday’s meeting. The bearish sentiment came after
Narodowy Bank Polski Governor Adam Glapiński voiced a similar tone to Federal Reserve
Governor Jerome Powell. Glapiński said that the surge in inflation is temporary despite Hungary
and Czech Republic raising their interest rate in the recent meetings. Analysts believe that the
dovish tone from the Polish central bank was due to the decline in inflation data during the
preliminary result on June 30. The headline inflation came in at 4.4% from the prior month’s
actual result of 4.7%. However, the result is still higher than NBP’s 2.5% annual target with a
range band of +/- 1.0%. In other news, the European Commission raised its economic forecast for one of the EU’s fastest-growing economies. Poland is now anticipated to expand by 4.8% in
fiscal 2021 and 2.2% next year. 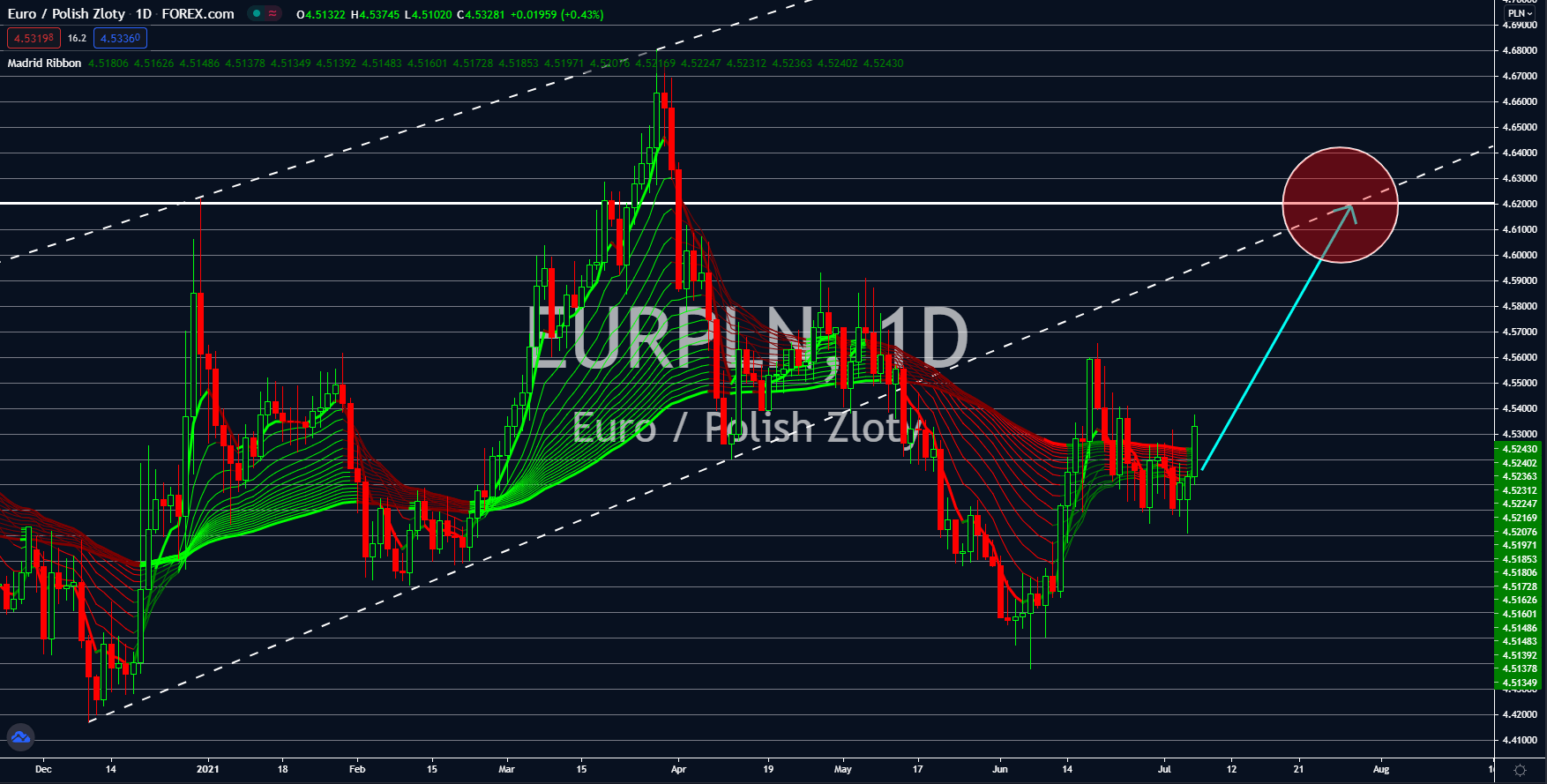 France’s trade deficit in May narrowed to -6.8 billion, a figure last seen in August 2020. This
was due to high imports which inched lower by 700 million in the reported month. Meanwhile,
exports dropped by 1.2 billion to 39.4 billion. Meanwhile, the EU’s second-largest economy saw
its asset reserves shrink to 186,242.0 million from 191,234.0 million in May. Meanwhile, factory
orders in Germany contracted for the first time in five (5) years by -3.7%. Also, the 6-month
projection in Berlin was down 16.5 points to 63.3 points. It is also lower by 21.1 points from a
record high of 84.4 points in May. The EU’s ZEW Economic Sentiment also showed a massive
decline from its previous result. July’s result came in at 61.1 points from 81.3 points prior.
Despite this, economic activity based on retail sales grew at the fastest pace since August last
year. The mixed data from the EU and its member states will send the single currency lower
against the Swedish krona. 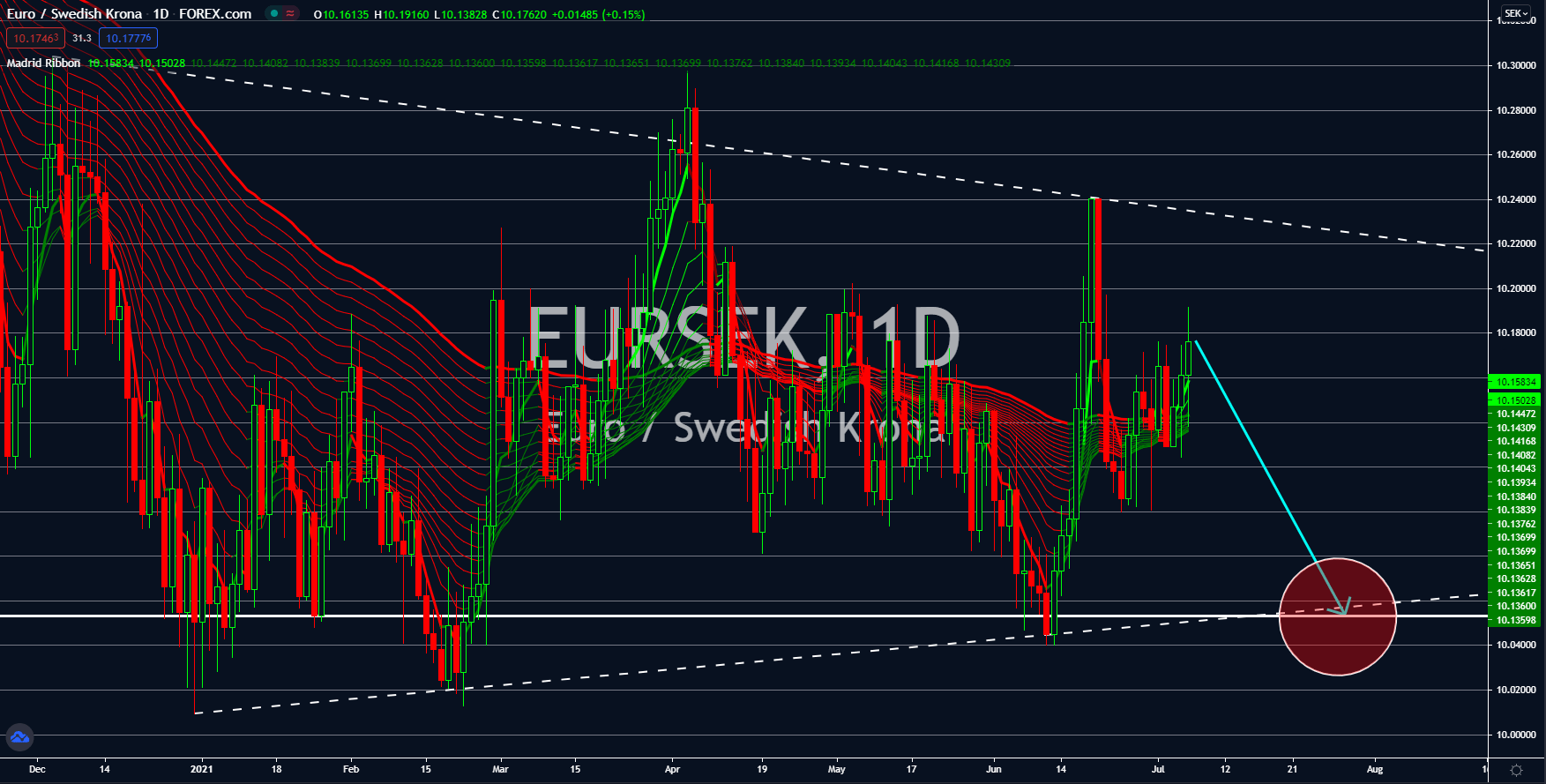 Czechia followed Hungary in raising the benchmark interest rate. Prague has now a benchmark
of 0.50% after a 25-basis points hike on June 23. However, the recent economic data could
weaken the koruna against the single currency in sessions. The next exports dropped to 6.3
billion in May representing a 12-month low. Meanwhile, industrial production slowed down to
25.3% in the same month from a monthly record of 55.1% prior. On the other hand, the
construction output delivered an annualized figure of 5.8%. This was the first time that in a year
that the report came out positive. In other news, Fitch Ratings reaffirmed its “AA-” grade with
“Stable Outlook”. The credit rating agency said that Czech Republic’s ultra-loose fiscal policy
will help the country recover from the pandemic-induced economic slowdown. Fitch sees
Czechia’s gross domestic product expanding by 3.8% in the fiscal year with high government
spending at a deficit of 7.9% for the current year. 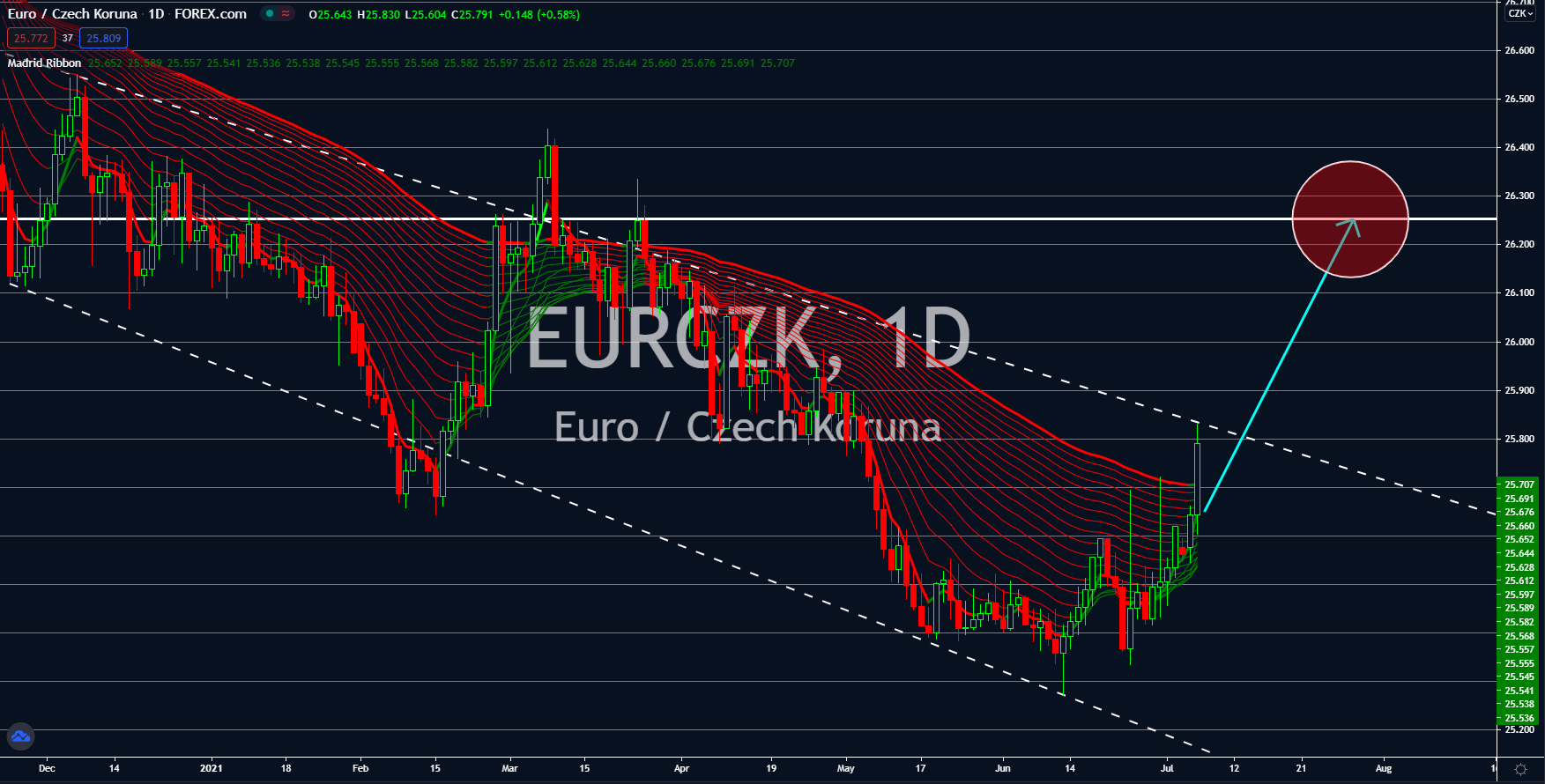