The consumer price index (CPI) results from Germany and France were mixed. In Berlin, the headline inflation was lower in June at 2.3% based on July 13’s report against 2.5% prior. Meanwhile, France recorded an increase of 1.5% but is still below the European Central Bank’s annual inflation target of 2.0%. Analysts believe the data to be insufficient to discuss tapering as some members are still missing the target. For Wednesday’s report, June 14, the projected number for Spain is at 2.7% year-on-year. However, taking the upcoming CPI report from Italy on the following day at 1.3% into consideration, the ECB will likely rule out its ultra-loose monetary policy until the next meeting. In other news, the EU central bank has approved the creation of a digital euro. The market’s reaction was mostly bearish as QE programs will be easier without cash. Hence, the ECB will likely unload cash to member states once the digital euro has been adopted. 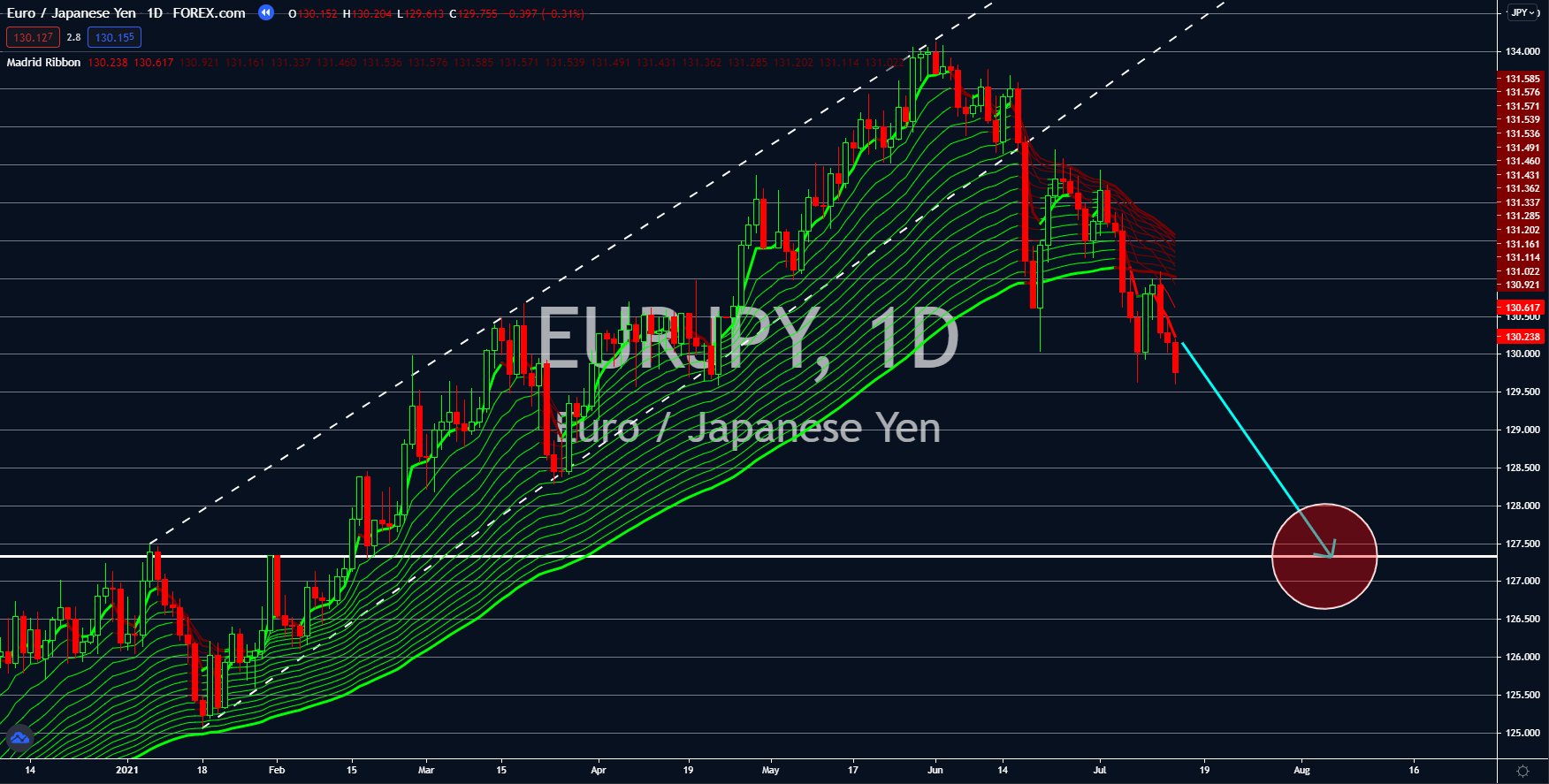 The Bank of Canada unveiled several financial decisions on Wednesday, July 14. The Canadian central bank kept its interest rate at a historical low of 0.25% in the short term. In addition, the BOC revised its economic forecast for fiscal 2021 down to 6.0% from the earlier projection of 6.5%. At the same time, it expects 2022 to be better with a GDP growth of 4.6% from the initial projections of 3.7%. Meanwhile, the weekly QE program will be reduced to 2 billion and is likely to end before the start of next year. This was after inflation picked up at 3.6% in June. Another bank that cut its bond purchasing program was the Reserve Bank of New Zealand (RBNZ). The reason for tapering was due to the massive housing bubble triggered by ultra-loose monetary policy and continued border restrictions. Also, Carolyn Rogers was officially named as a deputy governor for the central bank and the sixth member of the policy-making body. The lowered GDP forecast suggests continued support by the Bank of Canada in the local economy in the short to near term. 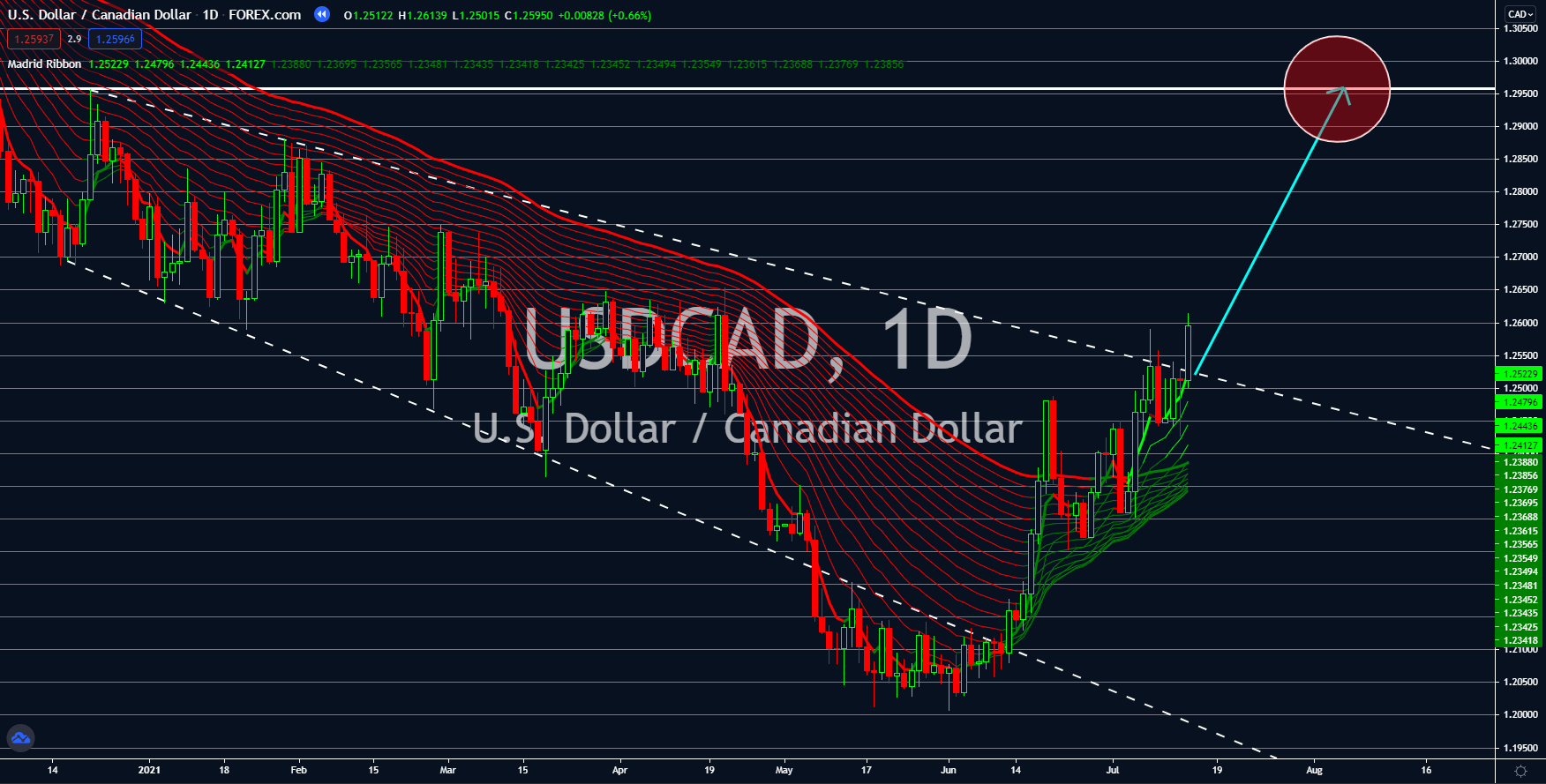 The Reserve Bank of New Zealand started to tighten its monetary policy on Wednesday, July 14. While the benchmark remains at 0.25%, NZ said it will end the QE program on July 23. The market is anticipating a rate hike to follow if inflation remains uncontrolled. The country is anticipating a decade-high rate at 3.3% overshooting the RBNZ’s 1.0% to 3.0% target. However, the main concern is with the housing market. In June, prices jumped 28.7% YoY. This translates to an increase of 183,000 from a median house price of 637,000 in June. However, the recent testimony by Governor Jerome Powell overshadows the optimism in NZD. During his speech at the Congress, Powell appeared to be divided with the transition defense and the 5.4% jump in the consumer price index (CPI) data in June. Fed St. Louis President James Bullard had earlier predicted a hike before 2022 ends compared to the central bank’s two (2) rate increase by 2023. 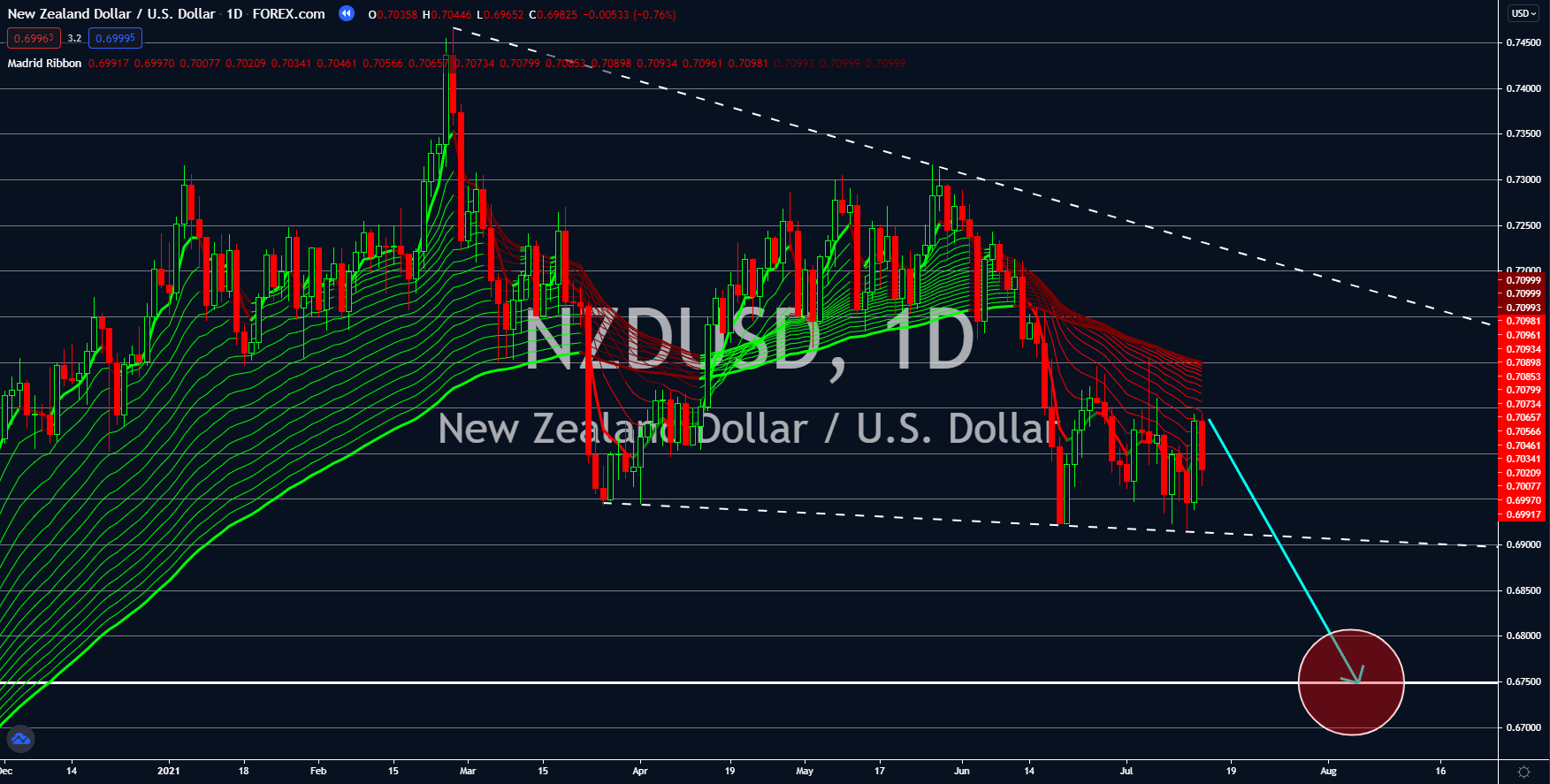 Foreign investors are leaving the world’s third-largest economy based on July 14’s report. Bond outflow is recorded at -1.2 trillion yen while the transaction in stocks had a net of -10.5 billion yen. For the past five (5) months, foreign investments in the equities market totaled -694.4 billion. The industrial production and capacity utilization reports for June also showed a massive decline last seen in July 2020. The figures came in at -6.5% and -6.8%, respectively. In other news, Japan is experiencing an increase in coronavirus cases which could result in a fifth wave. As a response, the government has banned all spectators from the 2020 Tokyo Olympics. Also, local authorities extended the national emergency among areas that saw the most increase in daily cases. Many sponsors of the event have already pulled out and analysts expect the Olympics to cost more than the benefits. This will result in lower GDP and a potential increase in bond purchasing of the BOJ. 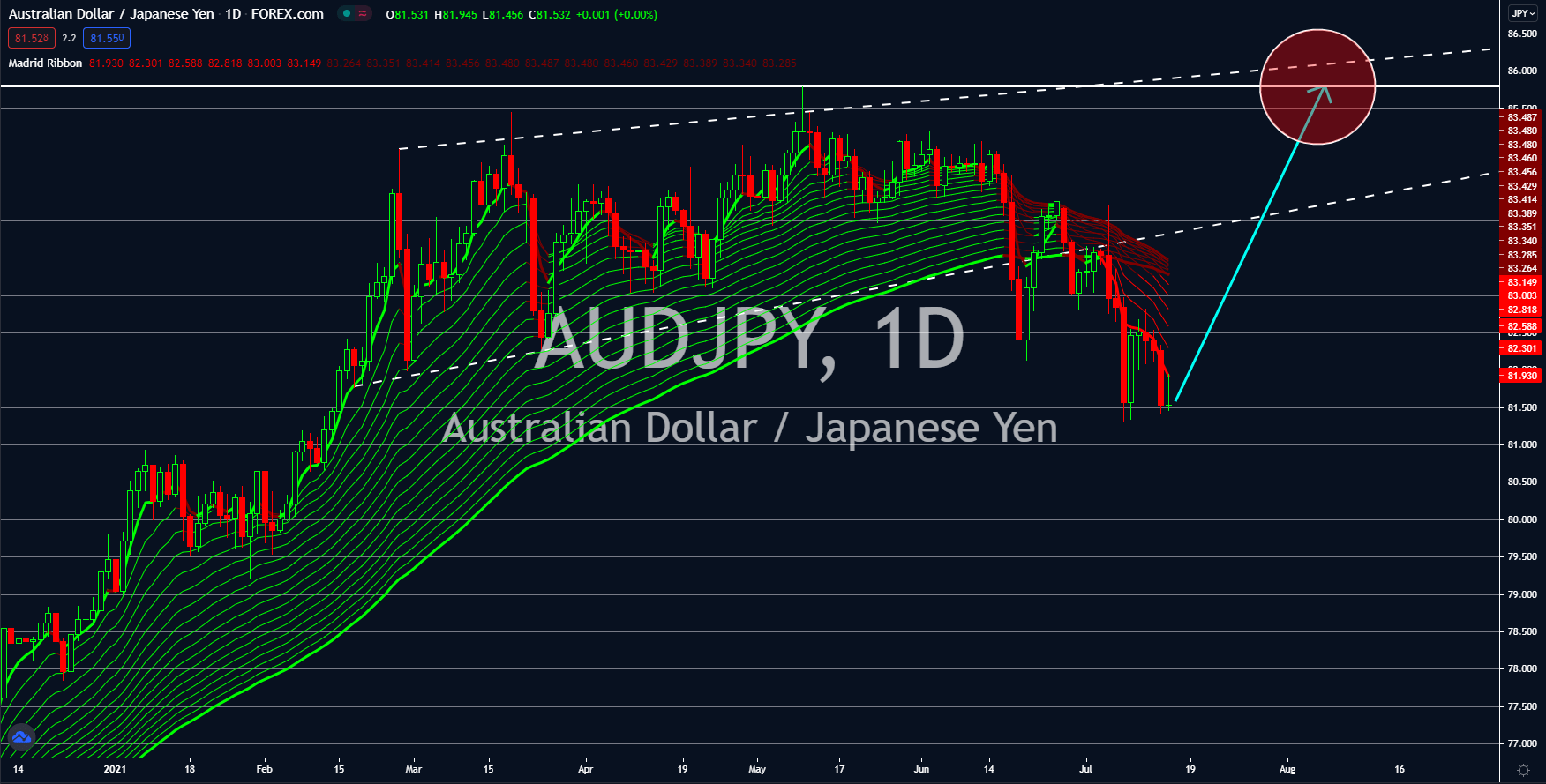