Turkey is losing allies in the west. US President Joe Biden extended sanctions imposed by former President Donald Trump in December 2020 on Turkey. Meanwhile, US Secretary of States Antony Blinken condemned Turkey’s two-state solution in Cyprus. Ankara’s support for an independent Turkish Republic of Northern Cyprus could also meet with sanctions from the European Union. As for the economic figures, consumer confidence in Turkey fell 2.2 points to 79.5 points. In the Eurozone, May’s construction business grew as member states slowly reopened their economy. In Germany, local producers are also optimistic about the business environment. The PPI in June jumped by 8.5% soaring past the 8.4% forecasts and 7.2% previous record. The figure is the highest recorded result for the past 13 years. Month-on-month, the report grew at a slower pace by 1.3%. Although it is still above the average monthly increase. The target price for EURTRY is 10.83768. 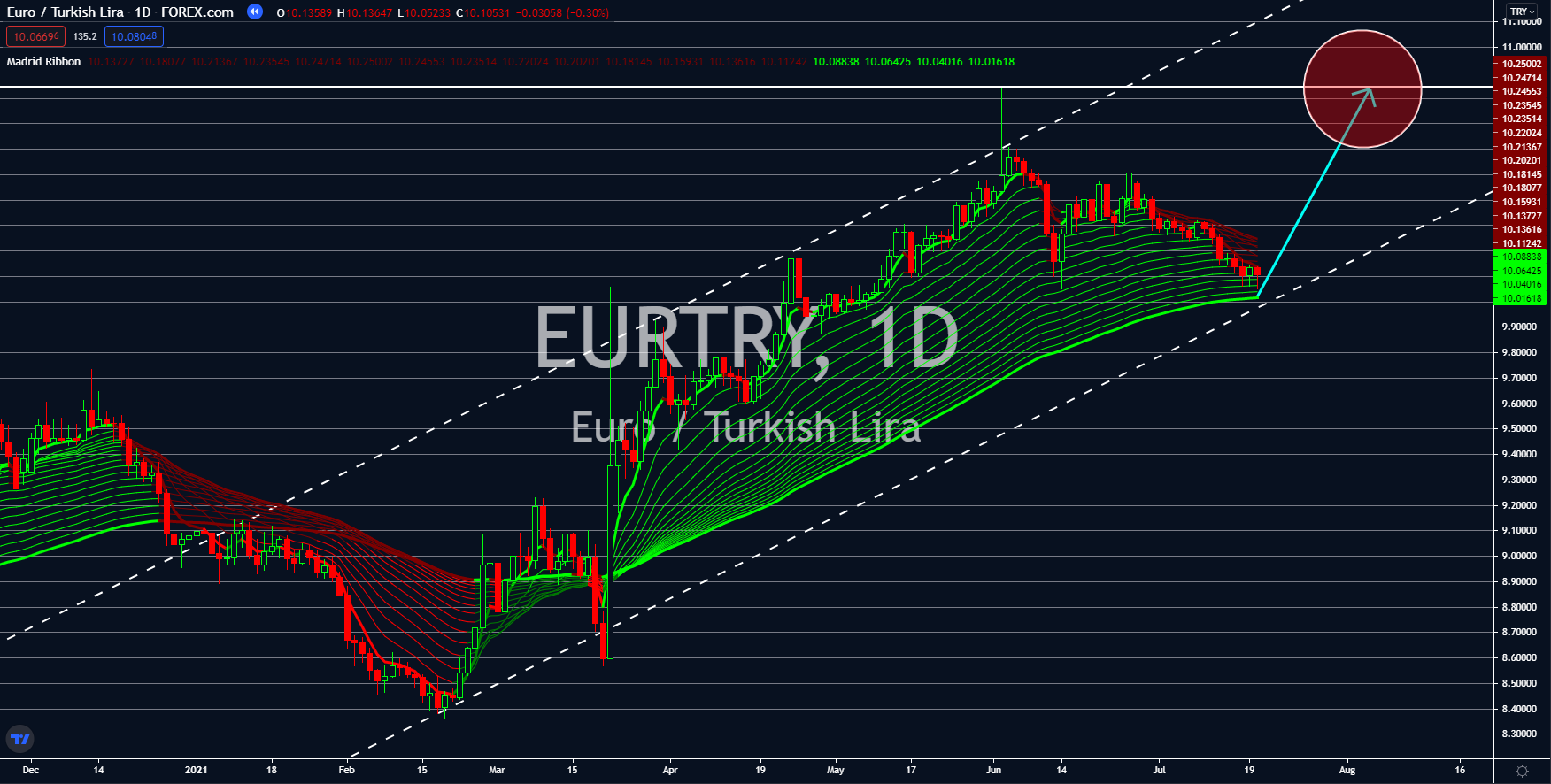 The Reserve Bank of Australia (RBA) might have to rethink its monetary tightening policy. Earlier in July, the central bank cut its weekly bond purchasing program by 1.00 billion Australian dollars to 4.00 billion AUD. The lockdown in several Australian states is causing a dent in the country’s robust recovery from the pandemic. Victoria and New South Wales are currently under a lockdown and are expected to drag economic data in the coming weeks. In May, the slight increase of cases in the prior month caused retail sales to drop -1.8% MoM and this could replicate for June’s report when the third wave started. Meanwhile, the National Australia Bank (NAB) Quarterly Business Confidence Index fell to 17 points at the end of Q2 from a revised result of 19 points in the first quarter. As for the forward-looking Melbourne Institute’s Leading Index, the figure from July 20’s report fell -0.1%. If the pandemic is not contained, next month’s data could publish lower results. 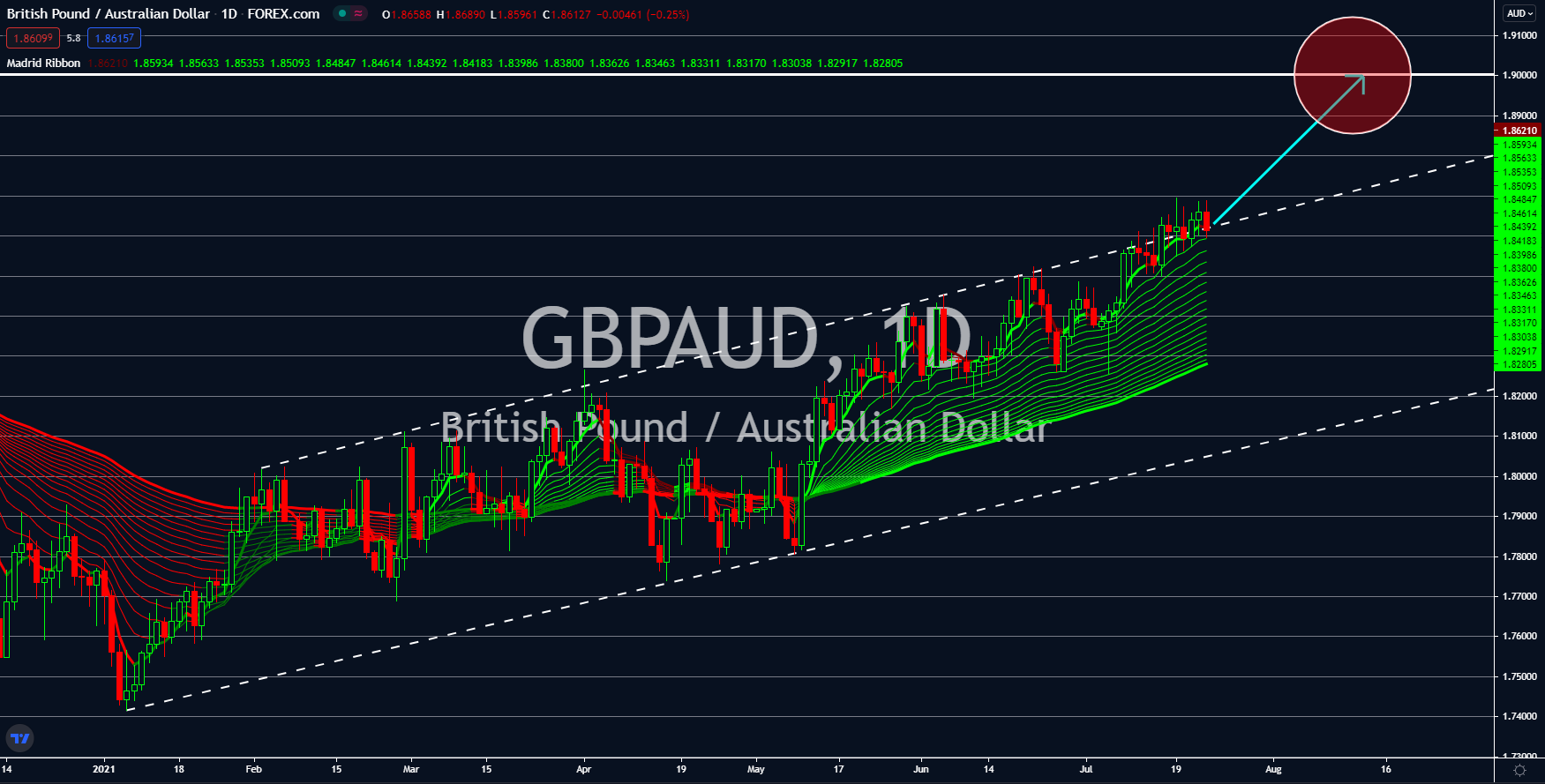 Investors will unload the Canadian dollar in the following days. There are two (2) reasons for the market’s pessimism over the loonie currency. First, Canada is now allowing the entry of fully vaccinated US citizens into the country. This came days after PM Justin Trudeau ruled out ending the lockdown and border restriction with the US. Meanwhile, the flagship carrier Air Canada increased its transborder flights with the US to 220 daily flights on 55 routes and 34 destinations. Air travel is expected to boost the tourism and hospitality industry making the equities market attractive. And second, crude oil’s bullish run might come to an end. Saudi Arabia and the UAE agreed to increase their oil output by 2.0 million barrels by the end of the year. The decision came as the world faces threats of new lockdowns from the Delta variant. The US crude inventories showed a build-up of 2.108 million barrels. 98% of Canada’s oil exports go directly to America. 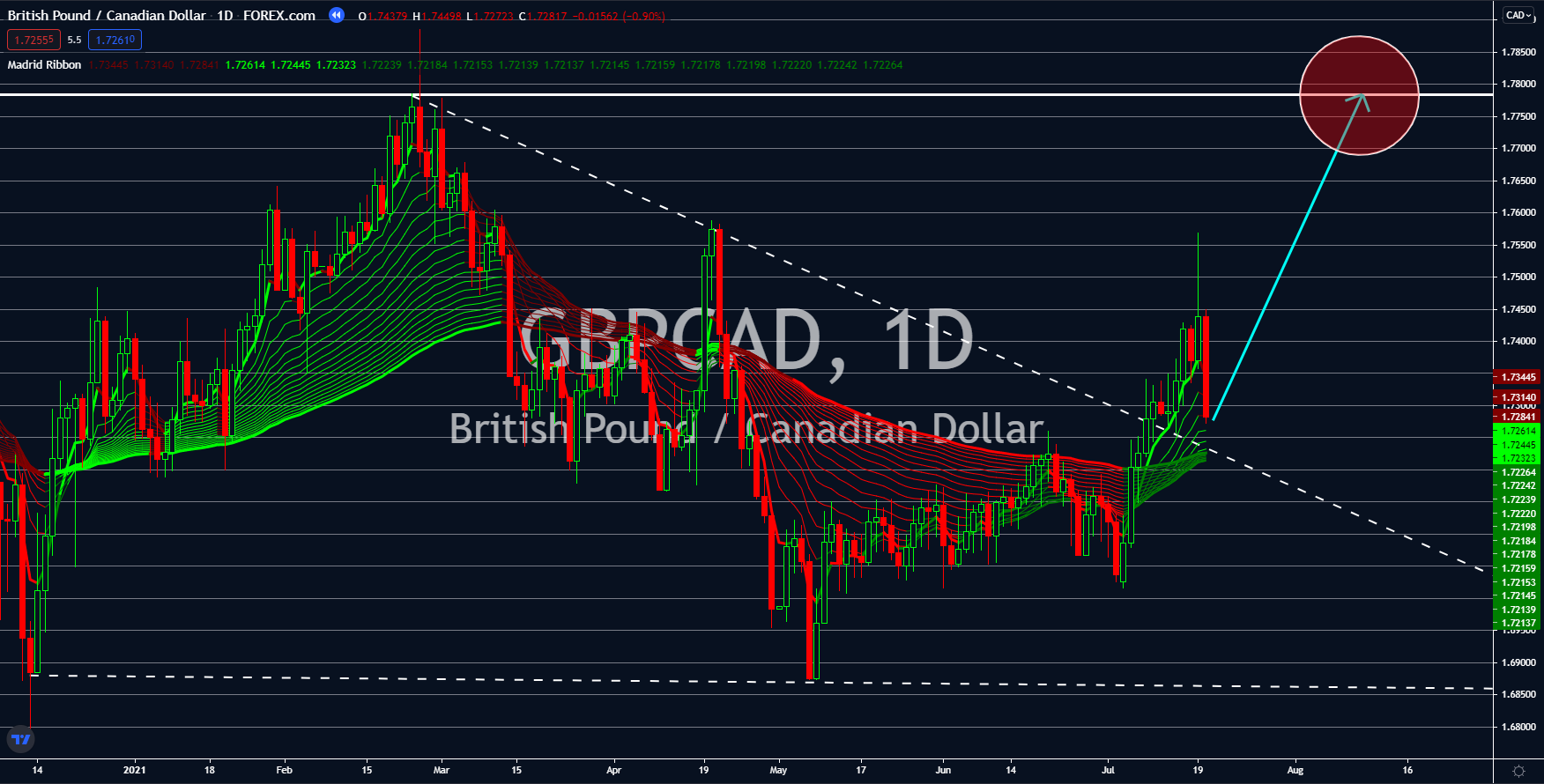 The US dollar will continue to outperform the Danish krone in sessions. On Tuesday, July 20, the fears of stalled recovery from the pandemic amidst the rising covid-19 cases sent US securities lower. For the American dollar, the Delta variant threatens to impede economic activity causing the demand for the greenback to fall. The recent stockpile reports from the American Petroleum Institute and the Energy Information Administration showed early signs of decreased activity in the US. The numbers came in at 0.806 million barrels and 2.108 million barrels, respectively. This was the first time for these reports to publish positive data in the past nine (9) weeks. The report is expected to impact the upcoming initial jobless claims on Thursday, July 22. Analysts expect a decline in the number of unemployment benefit claimants to a pandemic low of 350,000. But the decreased demand for the crude translates to lower productivity and hence higher unemployment. 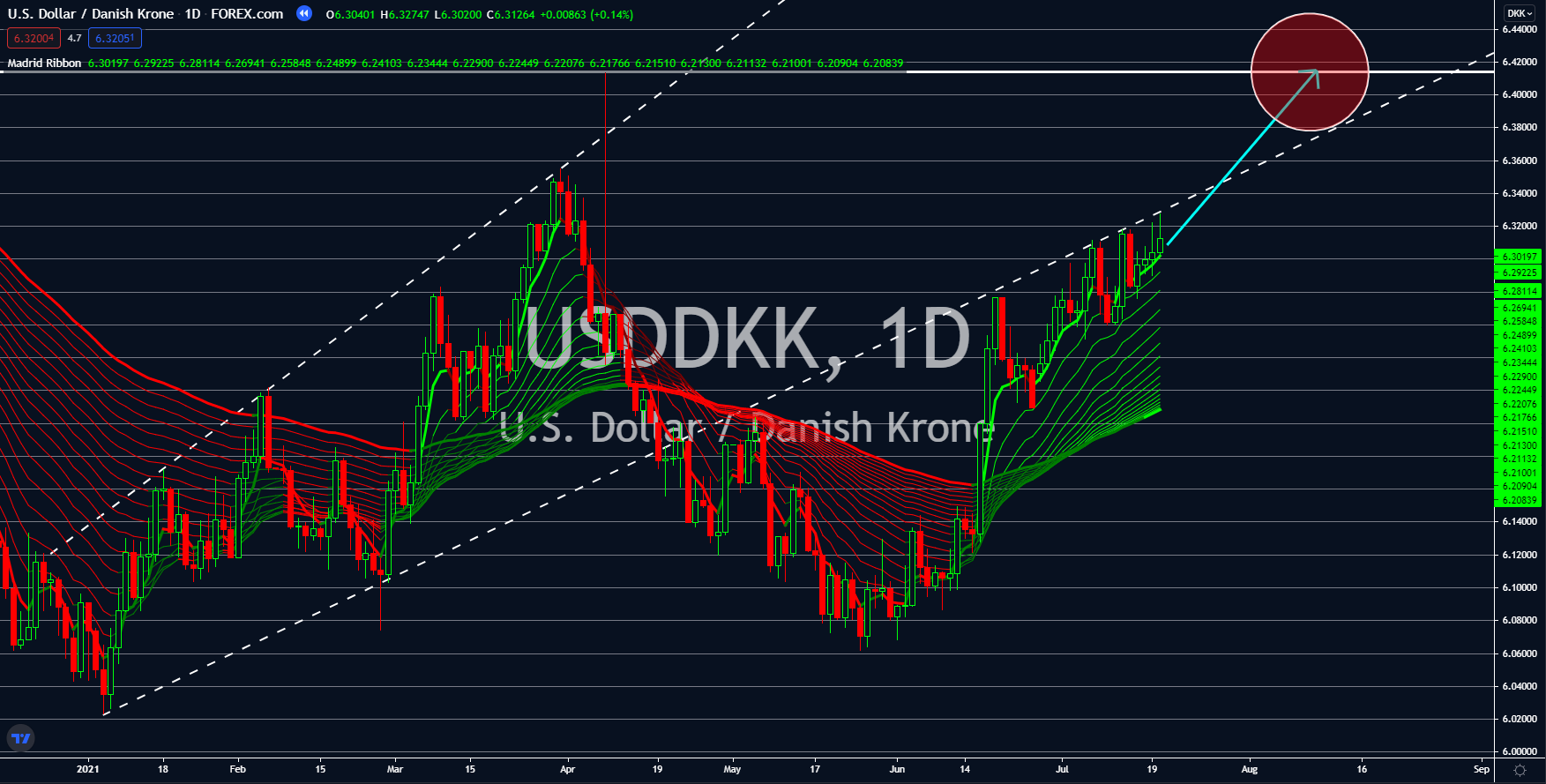