The increase in prices of basic goods in Australia has slowed down. The CPI figure during the first three (3) months was 1.1%, an improvement from the first quarter of fiscal 2020 with 0.9% but was a huge miss from analysts’ forecast of 1.4% for the first three (3) months of 2021. On a quarter-over-quarter (QoQ) basis, the number is 0.6%, also slower than Q4 2020’s number of 0.9%. The disappointing data will drive the Australian dollar higher against the kiwi currency. Adding to pessimism in the local currency was the improving economic data for fiscal 2021. Australia’s GDP is expected to advance by 3.2% this year following the -2.4% contraction in 2020. Meanwhile, unemployment dropped to 5.8% in February. However, the imminent risk for the performance of the local equities and the Australian dollar was the slow vaccination rollout compared to other developed economies. The vaccination rate in the US is 42% and the United Kingdom at 51%. 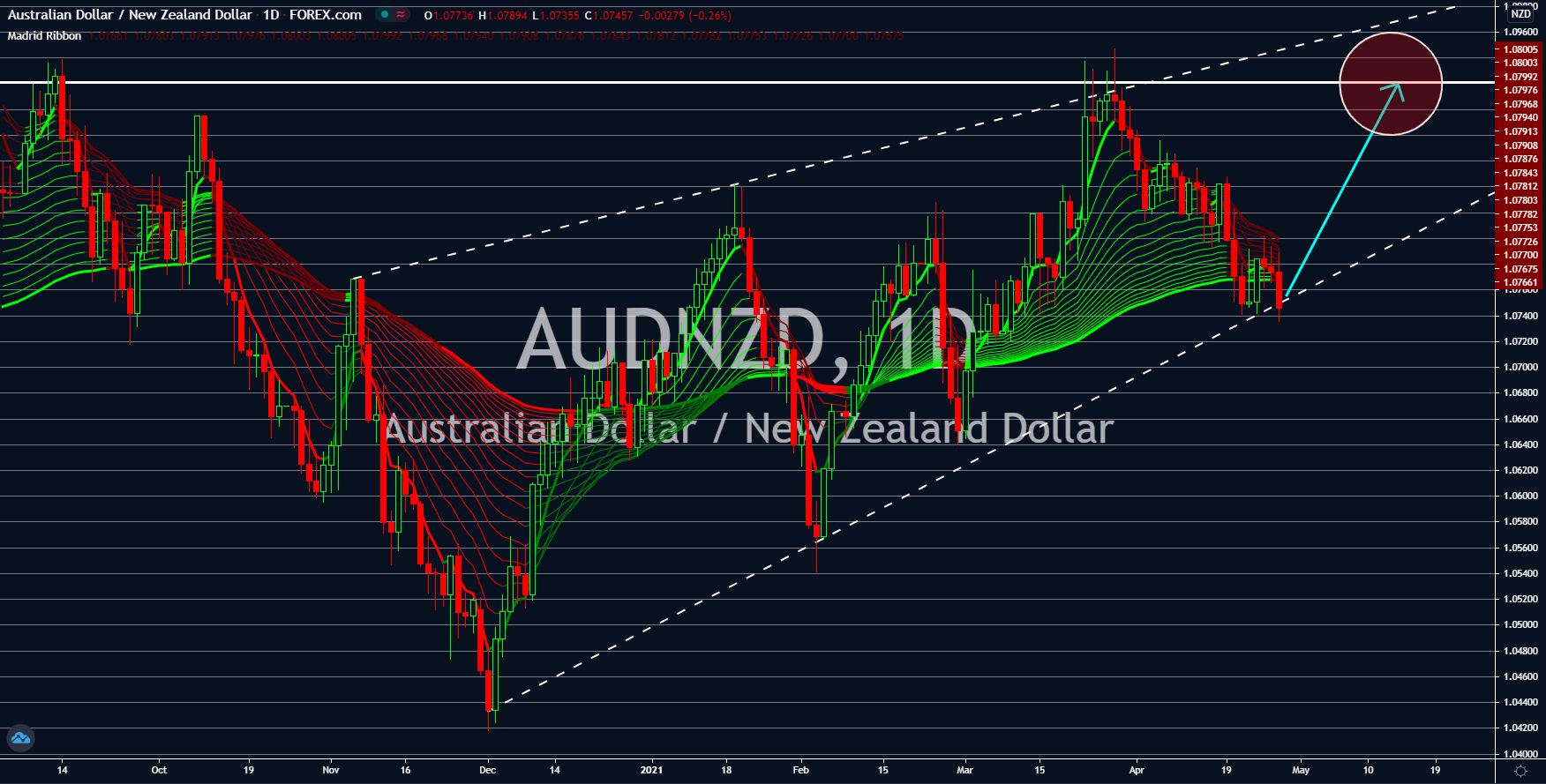 Demand for the euro currency will increase with the bleak data from Germany, the largest economy in the European Union. Last week, all figures from the German PMIs showed a decline from their previous results. The manufacturing sector dropped to 66.4 points while the EU average soared to 63.3 points. Meanwhile, the Services PMI of Germany recorded 50.1 points, just 0.2 points away from contracting. On the other hand, the number from the EU rose to 50.3 points, which was the highest published data in the past seven (7) months. The same trend was seen this week. Business Expectations, Current Assessment, and Ifo Business Climate reports fell to 99.5 points, 94.1 points, and 96.8 points, respectively, on Monday, April 26. Meanwhile, the GfK Consumer Climate for the month of May was also gloomy with a -8.8 points result. This contrasted with the forecast of a lower figure to -3.5 points by analysts for next month from the -6.1 points decline in April. 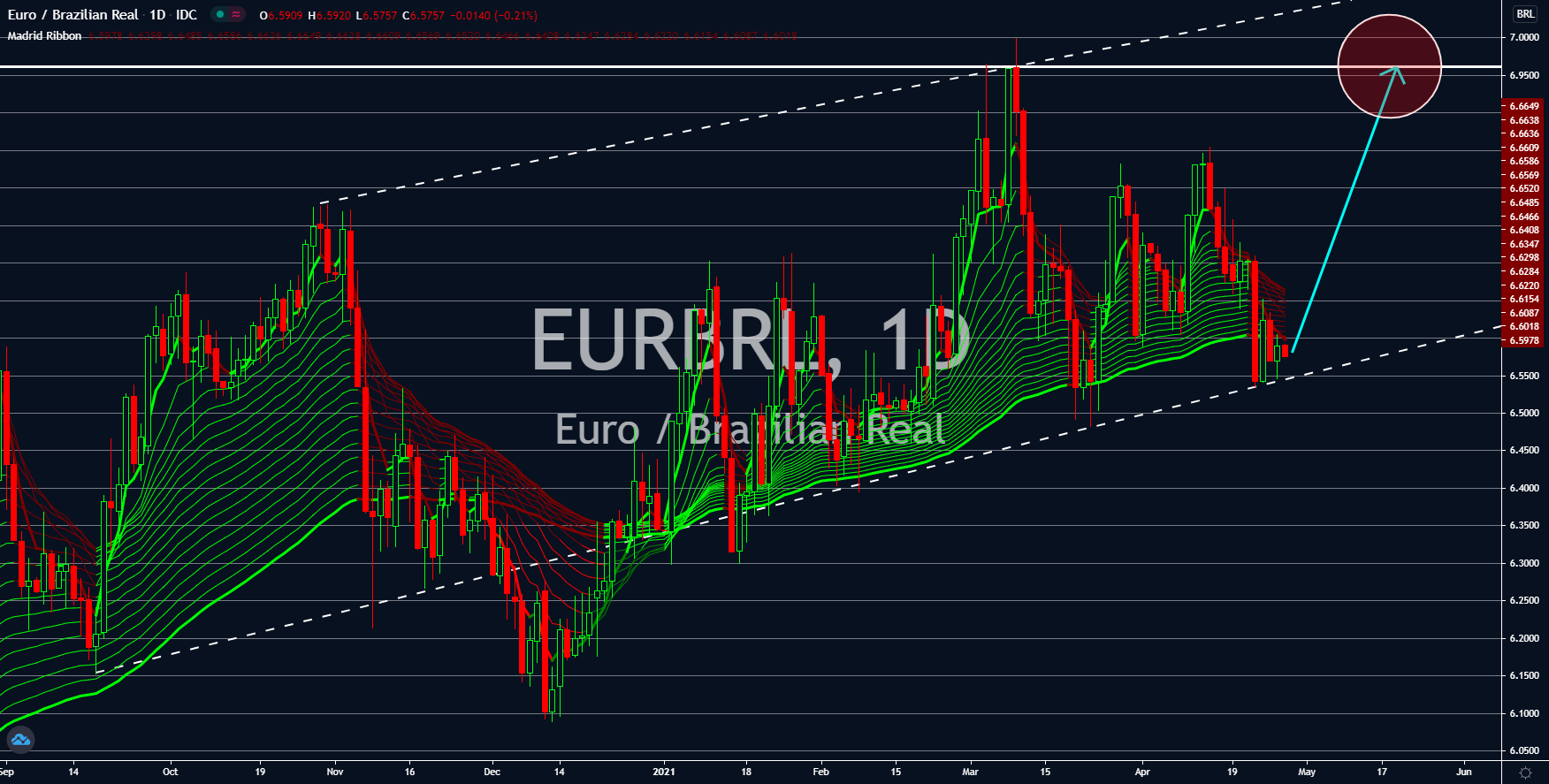 The improving economic situation in the United Kingdom along with the disappointing results from Brazil will send the GBPBRL pair lower in sessions. More than half of the British population were able to receive at least one (1) dose of the COVID-19 vaccine. Experts see a further increase in the inoculation rate in the coming weeks and more restrictions are expected to be lifted. On the other hand, Brasilia reported a higher budget deficit of -4.00 billion in March, which was almost twice the February result of -2.30 billion. Foreign Direct Investment (FDI) for the same month was also lower at 6.86 billion compared to 9.00 billion in the month prior. Meanwhile, mid-month CPI both fail to top estimates of 6.25% YoY and 0.68% MoM after figures came in at 6.17% and 0.60%, respectively. Analysts expect more disappointing data from Brazil as covid cases continue to soar. The Senate is now looking to open an inquiry to President Bolsonaro’s handling of the crisis. 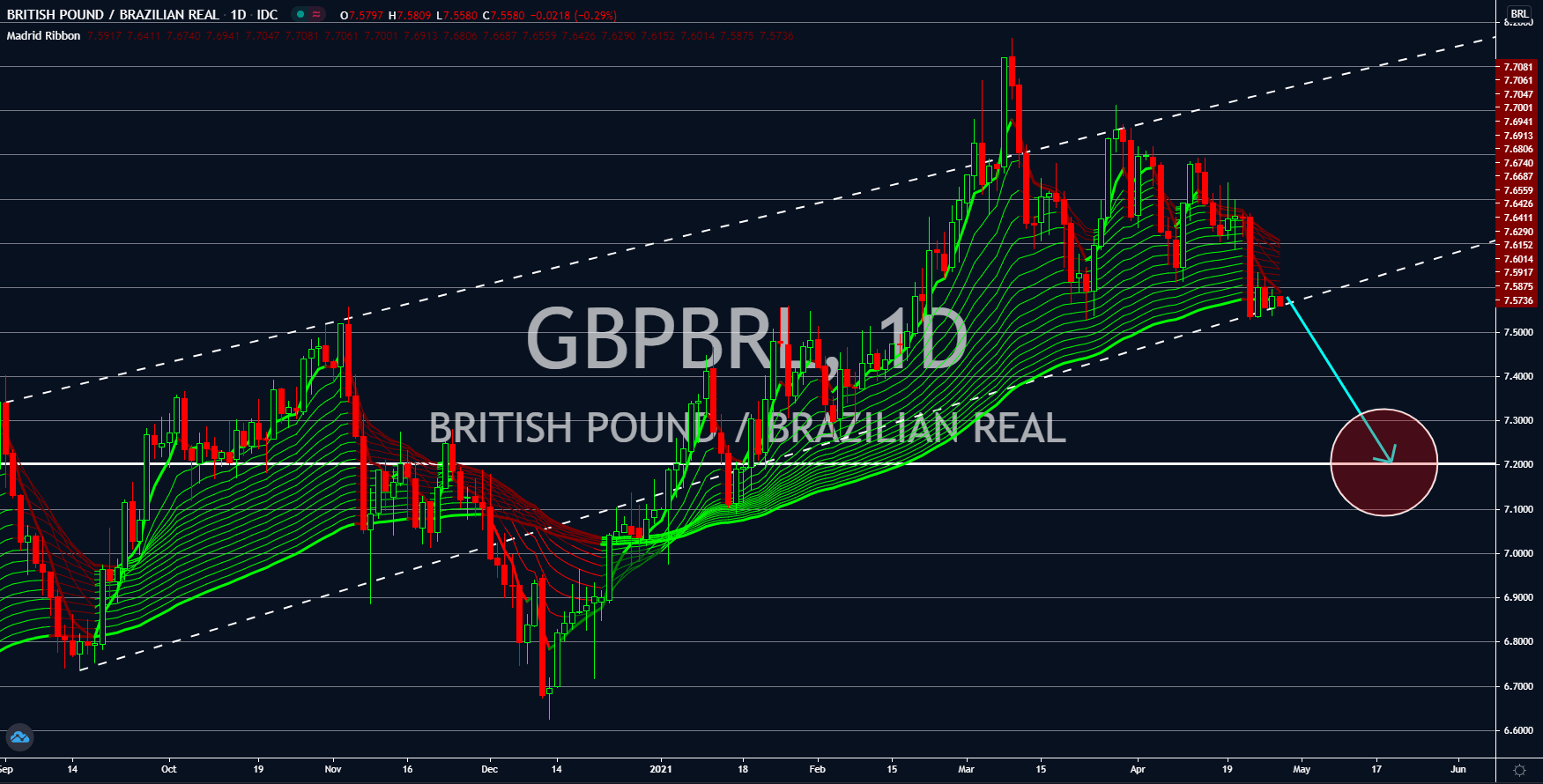 Analysts are anticipating a hold on the US benchmark interest rate of 0.25% by the Federal Reserve on Wednesday’s meeting, April 28. This was amid the upbeat data from the world’s largest economy in recent days. Claimants of unemployment benefits were up by 547,000, which was the lowest record number for the past 12 months. In addition to this, the country’s gross domestic product (GDP) is anticipated to grow by 6.1% during the first three (3) months of fiscal 2021. Another bullish data from the US is the increase in the housing price index, which will drive inflation towards the central bank’s target of 2.0%. The House Price Index jumped to 319.7 points or 12.2% year-over-year (YoY). Also, the government-backed Treasury notes have been on a freefall since the start of April. The 10-year US bond fell to as low as 1.545% on Thursday’s session last week, April 22, from a year-to-date (YTD) high of 1.745% at the March 31 close. 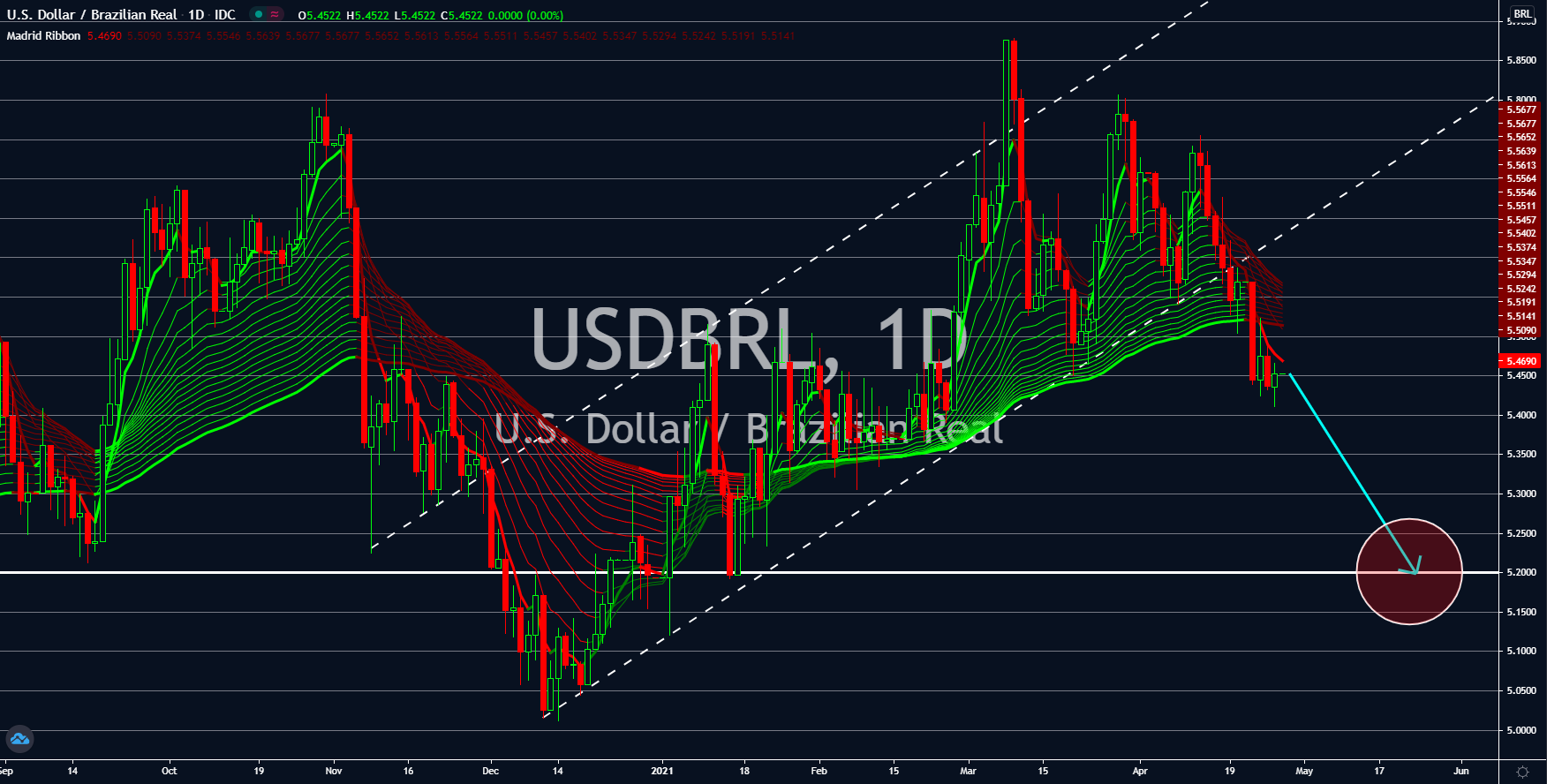