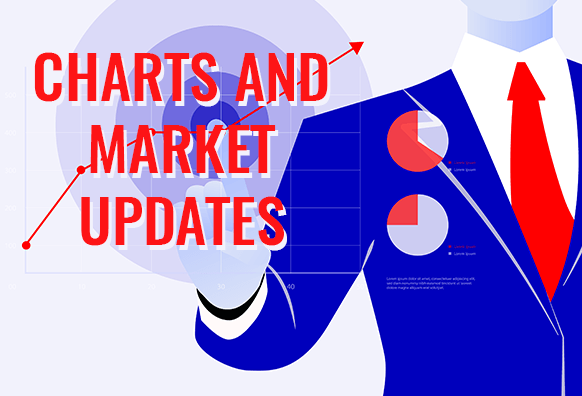 The single currency is losing its strength following a disappointing Industrial Production report. The figures on the report point to a sluggish EU economy triggered by a looming recession in Germany. Despite this, European Central Bank Vice President Luis de Guindos does not foresee the entire Eurozone entering into a recession. Aside from this, Guindos said that further interest rate cut on the bloc could hurt the economy. The opposite is true for other economies who found prosperity from a lower interest rate. Switzerland, who’s rate sits at negative 0.75%, is weighing economic uncertainties. The country has also the lowest interest rate in the world, followed by the EU countries; Denmark, and Sweden. The EU and Switzerland are still at odds after the Swiss government rejected a framework deal. This was after signing a post-Brexit trade agreement with the United Kingdom.

Central Banks all over the world are under pressure to cut rates amid a looming recession in the United States. Today, October 14, the EU reported a disappointing figure for its Industrial Production. The data shows a slowdown in the industrial sector which is higher than what analysts estimated. The report was partly affected by the slowdown in Germany’s manufacturing sector. For decades, the EU’s largest economy bought prosperity to the region amid strong manufacturing businesses, particularly its car manufacturing industry. However, the sector was threatened after President Trump expressed his interest in waging a trade war with the European Union. Aside from the EU, Trump also threatened Japan. But the two (2) countries had recently came up with a deal leaving the EU exposed to tariffs. Japan is also set to publish its Industrial Production report tomorrow, October 15.

Chances of Switzerland and the European Union signing a trade agreement was put into an end. Pressures by the EU officials to Switzerland increased amid the looming withdrawal of the United Kingdom from the bloc. Brussels was not pleased by the possibility of Britain joining the EFTA (European Free Trade Agreement). The EFTA has an existing trade agreement with the European Union that allow members to access EU’s Single Market. Once accepted in the group. The UK will be able to access the benefits it once had prior to its withdrawal. In line with this, Switzerland is serious in drawing a line between the country and the EU. Swiss officials introduce a referendum that will end the free movement of people between the two (2) economies. Switzerland is divided over the EU demands to dilute rules protecting their wages. Switzerland has the highest wage among European countries.

The Canadian Dollar will experience some weakness in the following days amid a looming federal election in the country. The incumbent Prime Minister Justin Trudeau will seek a reelection bid for his second term. However, this election is expected to be challenging for him following numerous scandals he has been involved with. Trudeau was accused of pressuring the former Justice Minister to drop case against SNC-Lavalin. His move was deemed illegal by the constitution. The country’s economy was also plunging following the tariffs imposed by the United States against Canada. He country’s exports was also banned in Canada following the country’s arrest of telecom giant Huawei’s Global Chief Finance Officer. Japan, on the other hand, has been leveraging the trade war by the U.S. It encouraged Canada to boost its export in the pacific rim trade pact, the CPTPP.