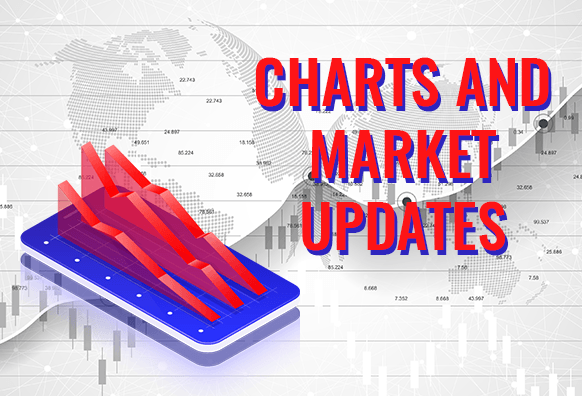 The U.S. Dollar will experience short-term weakness amid a report showing America became less competitive this 2019. The World Economic Forum’s latest Global Competitiveness Index showed that the U.S. slipped one (1) spot. Singapore is now the most competitive economy in the world, replacing America who previously held the title. The weakness in America’s competitiveness was due to its ongoing trade war with China. Another western country, and the largest economy in Europe, Germany, also slipped four (4) spots to 7th place. Canada slipped two (2) spots to 14th place. Another catalyst for its weakness was concerns by economists and investors of a looming recession. This recession follows the largest expansion in the United States’ history. The last recession was during the 2008 Global Financial Crisis. Bank of Canada (BOC) hold into its interest rate while the Federal Reserves already cut rates twice this year.

The Australian Dollar will go up in the following days after the comments made by the Australian Prime Minister. PM Scott Morrison said he has deep concerns over Turkey’s advancement in Syria. This was following the withdrawal of America in Syria as President Trump questioned the money spent for the war. The U.S., Saudi Arabia, and Israel is backing the Syrian opposition. On the other hand, Russia, Iran, and Turkey support the Syrian government. This has been the first time that Australia became vocal with the U.S. decision. Earlier, Trump pressured its allies to ban the Chinese telecom giant Huawei. Aside from that, the United States pressured Australia to join the U.S. led coalition on the Strait of Hormuz. The comments are timely as Australia tries to distant itself with world powers and tries to integrate itself with its former colonial master, the United Kingdom.

The Euro is under pressure the EU leaders are expected to compromise ahead of the EU Summit. Only 7 days remain before the meeting and investors are skeptical whether the 2 parties can agree on a deal. Boris Johnson outgunned Jeremy Hunt during the race for the next Conservative leader and ultimately for the British Premiership. This was amid Johnson’s hard Brexit stance which threatened a no-deal Brexit. Since then, the European Union have tried to make halfway negotiations to pass a deal. The withdrawal of the United Kingdom from the bloc comes at a time where the EU was experiencing a slowdown on its economy. Britain was the second largest economy in the European Union and its withdrawal will affect the EU economy. Aside from this, the EU’s largest economy, Germany, is expected to have a recession in the coming months. Norway’s trillion-dollar sovereign wealth fund already pulled out its investment from the region.

The single currency has been trading from the lower part of the uptrend channel since the beginning of September. This suggests that there is a short-term weakness for the Euro amid slowdown in the EU economy. The bloc was now trying to lobby UK allies – Australia, Canada, and New Zealand – as it prepares for Britain’s withdrawal. The United Kingdom is set to leave the European Union until October 31. New Zealand and Australia were the first countries to expressed interest in signing a post-Brexit trade agreement. Canada, on the other hand, is flipping back after it paused its trade negotiations with the EU. This was following the temporary tariff rates published by the UK as part of its withdrawal process. The decision by the bloc to ban certain Australian goods with names rooting from EU locations is hitting them back. This could be a catalyst for Australia to increase ties with the United Kingdom.