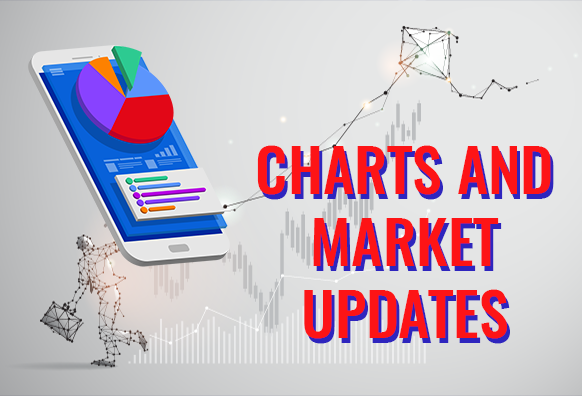 Despite the improvement in Hungary’s quarterly unemployment rate decision for December, the Hungarian forint remains on the defensive against the US dollar in sessions. And also, despite the disappointing results from the United States yesterday, which also caused the pair to slow down slightly dip, the USDHUF pair is still expected to continue on to its bullish rally. By mid-February, bulls are expected to force the pair to its resistance and possibly even break through it. Yesterday, the US Bureau of Economic Analysis reported that the country’s fourth quarter gross domestic product remained stagnant at 2.1% on a quarter-over-quarter basis as forecasted. Meanwhile, the only recent report from Hungary is the December quarterly unemployment rate which notably improved as it dipped from 3.5% to 3.3%. Then, later today, Hungary’s annual gross wages growth for November and monthly trade balance reports are scheduled to be released.

Unwanted pressure comes onto the Russian ruble. The deadly novel coronavirus from its southward neighbor, China, and the country’s weakening economy are paving the way for bulls to rally in sessions. The pair is widely believed to reach its resistance by the middle of February as bulls hold on to the upward momentum. Looking at it, the buck appears to be determined to recover some of its major losses against the Russian ruble. Unfortunately, it will not be an easy run for the US dollar as the scheduled reports for today all have weak and discouraging forecasts. And just yesterday, the United States gross domestic product growth reportedly flatlined at 2.1% as projected. Meanwhile, Russia’s real wage growth for November reportedly dropped from 3.8% to 2.7% on a year-over-year basis, catching investors off guard as it was projected to improve to 4.0% prior. Russia’s annual retail sales figures from December also fell from 2.3% to 1.9%.

Poland’s faltering economy is giving USDPLN bulls hope to rally in sessions. The pair is already sitting at two-month highs as of writing, and bulls are looking to raise it to its resistance and hit October highs by the middle of February. Actually, both the United States and Poland served lackluster results yesterday from their gross domestic product reports. The US GDP remained unmoved at 2.1% according to the US Bureau of Economic Analysis. Meanwhile, Poland’s GDP growth, unfortunately, dropped from 5.1% to 4.0%, falling further from 4.2% forecasts as reported by the Polish Central Statistical Office. Also, bulls are looking forward to receiving a boost from the upcoming Polish January manufacturing PMI which is expected to drop. Aside from those, the safe-haven appeal of the US dollar shines bright as the novel coronavirus continues to spread across the globe and raise, fear on investors.

The Romanian leu somehow appears to be running blindly and is not heavily relying on its economic activities to fuel itself. Despite efforts of the US dollar to gain altitude against the Romanian leu, bears are still determined, preventing the pair from gaining higher and doubling their efforts to push the pair back down to its support. The last report that came from Romania was the monthly November industrial production and it was released by the Romanian National Institute of Statistics back in mid-January. The November industrial production figures showed improvement from -2.1% to -0.2%. Meanwhile, the safe-haven appeal of the US dollar is barely working against the Romanian leu, providing only a little leverage for the USDRON pair. The Wuhan-originated virus that is rapidly spreading across mainland China is supposed to give the US dollar support, unfortunately for it, it wasn’t the case against the Romanian leu.