Sign in
Home News Economy Why is the Strong Dollar Damaging the World Economy?

Why is the Strong Dollar Damaging the World Economy?

According to CNN, the global economy is experiencing a slowdown. Previously, recessions were saved and recouped by fast-growing emerging markets. They came to aid to help improve the world economy. However, now something is getting in the way of history recurring. This thing is the strong US dollar.

The global economic growth is hitting a stagnation period, and the US economy is indicating vulnerability. Thus, investors are searching for new locations to invest their money to ensure growth. For investors to see direct results, emerging economies, including Brazil, India, and South Korea, are recommended. They grow quicker than developed economies such as the United States and Germany. However, emerging markets are more volatile and riskier investments. Additionally, exports drive these economies, and they also heavily rely on commodity pricing.

Who will save the global economy from an economic downfall?

China contributed to boosting the world economy during the recession following the financial crisis. The global economy experienced a growth of 9% from stable domestic consumerism. David Hauner, Bank of America strategist, shared that international economic growth in 2009 would have been adverse without China’s aid.

However, in the past decade, conditions changed. It is unlikely that China will be able to bail out the global economy this time. China’s economy is now highly leveraged. This is because it is experiencing a slowdown. Thus, global banks will not be able to benefit from this economic giant any longer.

A feeble US currency would help the burden. Emerging markets would grow successfully and quickly, possibly protecting the internal economy from collapsing and falling into a recession. Now the Federal Reserve is steadily reducing rates in hopes of weakening the dollar. However, the slowdown is not occurring quickly enough. Hauner states that emerging economies have the capability to salvage the global economy. Nevertheless, for this to happen, the US dollar must be weaker.

Concerns grow amongst the United States and European countries because implementing ultra-low interest rate strategies is not resulting in growth. There were hopes that low-interest rates would stimulate economic growth. This is because traditional economic systems are struggling to produce growth. 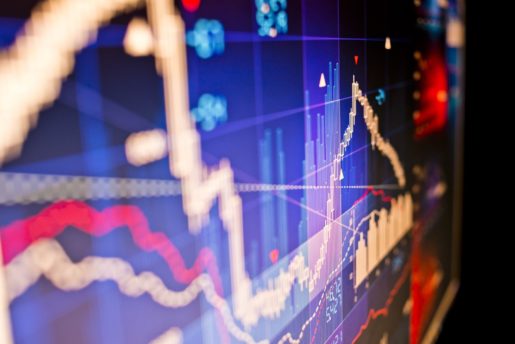 However, it seems this is not the case. Japan is an example of this since it fell into a cycle of low inflation and low growth over the last three decades. Now investors are considering the ‘Japanification’ of Europe. On the other hand, the US economy is growing at a faster speed than its competitors are, but expansion is still slowing down.

Can we rely on emerging markets?

The Federal Reserve is convening in the following week. According to the CME FedWatch Tool, the possibility of additional interest rate cuts are over 90 percent. However, there are still uncertainties as to whether or not this will be sufficient to damage the dollar. Typically, currencies fall during times of vaguer monetary policies.

Emerging markets will struggle to take on the responsibility to help avoid a global economic crash, as long as the dollar remains strong. Since emerging economies borrow in dollars, they are defenseless to a strong dollar that can increase their debts. Let us hope that the dollar will plunge steadily to create space for emerging economies to thrive — driving us towards a stronger global economy.