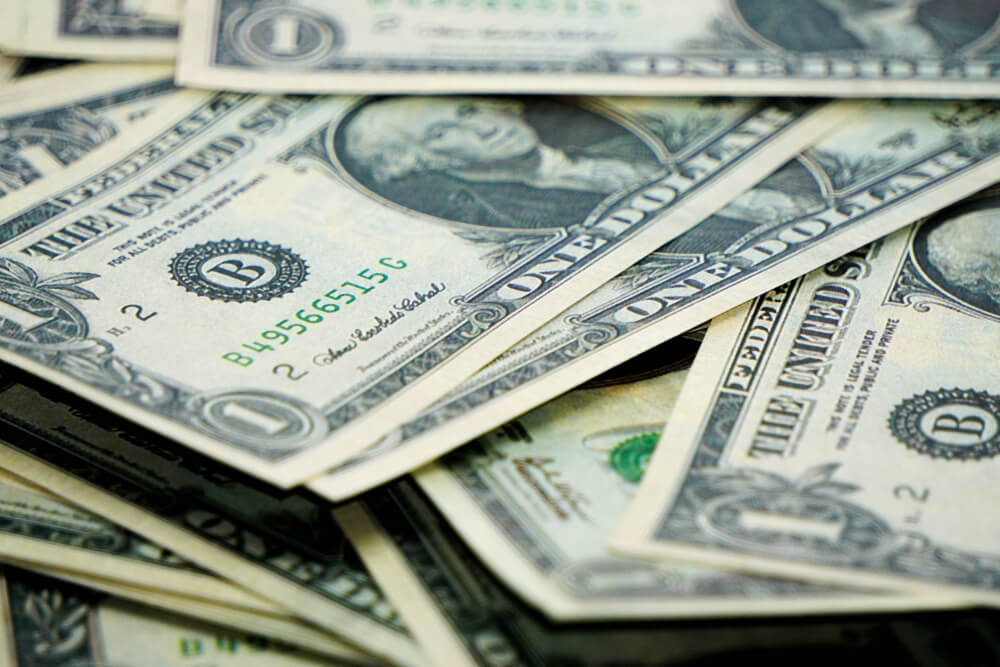 The U.S. dollar stalled at a three-week low on Tuesday with growing expectations about the global economy. Investors dashed to purchase riskier currencies such as the euro, crown and the British pound.

The positive outlook for the major economies continues to strengthen financial market sentiment, MUFG strategists said. Helping it were sharp gains in crude oil prices and optimism ahead over the impressive roll-out of COVID vaccines.

More obvious was the latest U.S. dollar weakness as it was against a broader backdrop of rising U.S. Treasury yields. This is a factor that was previously supportive of the greenback.

The cheery mood also dragged on the Japanese yen, which fell through its 200-day moving average against the dollar. It also struck multi-year lows against the euro, AUD and Swiss franc.

Sterling extended gains to hit its highest level $1.3946, since April 2018.  Britain leads the world in per-capita vaccination speed. From early-February lows, the currency has gained almost 3%.

Bank of Singapore currency analyst Moh Siong Sim said things right now reflect greater comfort. That’s with the story of a synchronised global recovery. This is why they are seeing a weaker dollar, Sim said.

The euro inched up 0.2% to $1.2150, to retest recent resistance at that level. Lifting the Canadian dollar and Norwegian crown to multi-week highs were rising oil prices.

The Chinese yuan slipped 0.1% to 6.4132 per dollar. This came after reports that Beijing was exploring curbs on rare earth mineral exports. This was in order to hurt the U.S. firms that use them.

Against a basket of other currencies, the dollar traded near milestone lows. Hitting a one-month high of $0.7802 was the risk-sensitive AUD, while the kiwi made a five-week peak of $0.7257.

Confidence seems to be growing in the global recovery. That’s looking across global asset markets, said analysts at ING in a research note.

Investors await the release of the minutes of the January FOMC meeting on Wednesday to be studied carefully to look for clues. That’s relating to when the central bank will decide to remove the extreme cheap liquidity. It supported the economy since the pandemic hit.

Their core stance is that the Fed is prepared to let the economy run hot. That’s the whole point of Average Inflation Targeting, ING said. The dollar should stay broadly offered, it added.

Indeed, they’re looking for another broad leg of the dollar decline into the second quarter as vaccine rollouts broaden around the globe.