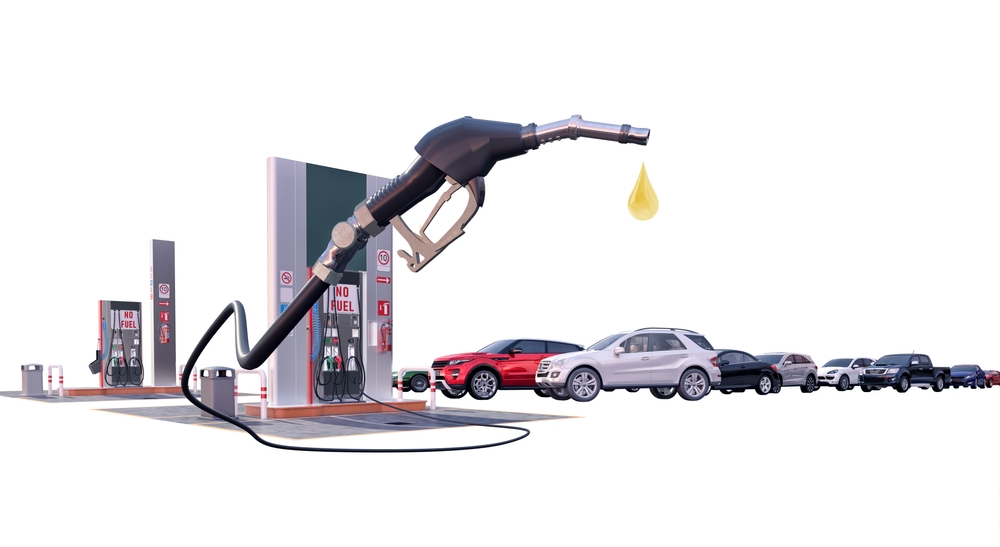 Panic-buying, fights at the pumps, and drivers hoarding fuel have resulted from an acute shortage of truck drivers straining supply chains to breaking point. On Friday, many British gas stations were still dry following the chaotic week.

After Brexit, shortages of workers along with the pandemic have caused disarray through some sectors of the economy. It disrupted deliveries of fuel and medicines, and also left  up to 150,000 pigs backed up on farms.

For days, British ministers have insisted the crisis is abating, or even over. Retailers, however, have said more than 2,000 gas stations were dry.

In addition, reports across London and Southern England said dozens of pumps were still closed. Many drivers, often irate, snaked back from gas stations that were still open in London.

Twenty-seven percent of pumps were dry, 21% had just one fuel type in stock, and 52% had enough petrol and diesel, the Petrol Retailers Association (PRA) said members reported on Thursday.

Meanwhile, on Friday, oil fell to around $78 a barrel. The drop was on the prospect that OPEC+ producers might step up a planned increase in output. That was to ease supply concerns, although crude remained in sight of a three-year high reached this week.

On Thursday, sources from the Organization of the Petroleum Exporting Countries and allies (OPEC+) said the group was looking at going beyond an existing deal to add 400,000 barrels per day to supply each month.

Stephen Brennock of oil broker PVM said beyond October, a faster ramp-up in OPEC+ production cannot be excluded. He said the prospect of $80 oil does not sit well with the producer group.

On Friday, a strong U.S. dollar and rise in U.S. crude inventories reported this week, weighed on the crude.

This year, Brent has risen 50% and hit a three-year high of $80.75 on Tuesday. Pressure from consumers such as the United States and India to produce more to help reduce prices weighs on the OPEC+.

There was potential for Monday’s OPEC+ meeting to disappoint in terms of adding more supply, Jeffrey Halley, analyst at brokerage OANDA, said. He cited the inability of some members to raise output and the appeal of high prices to boost revenues.