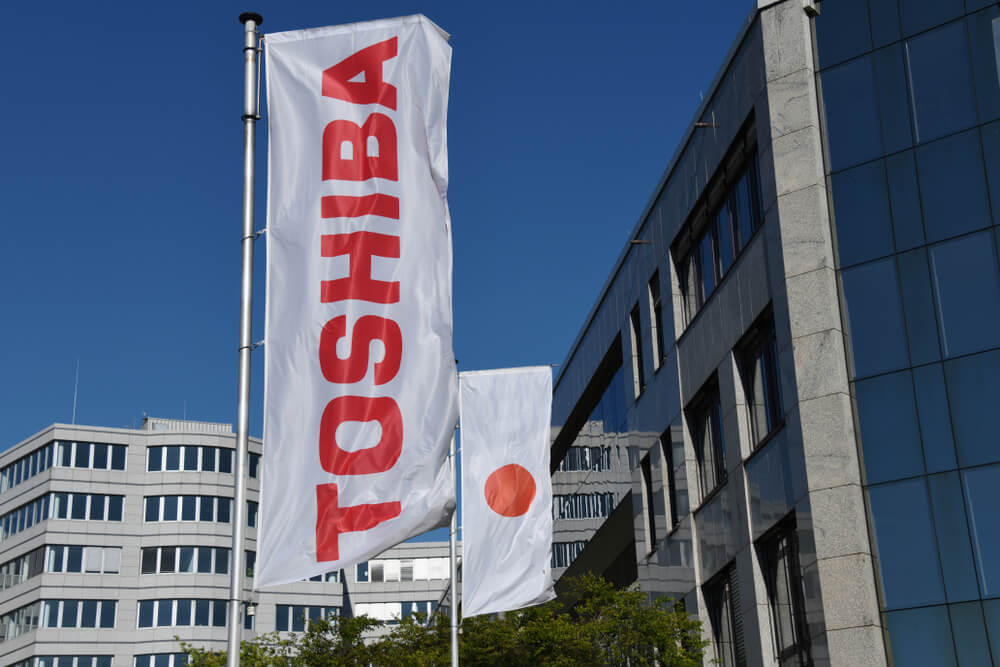 After a long stretch of absence, Toshiba makes a comeback. Its shares surged to their highest in the last three years.

The hike came after the announcement of its plan to return to the first section of the Tokyo and Nagoya stock exchanges also termed as TSE-1.

This is the most significant surge that ran in the last three years. It’s the highest intraday gain since July of 2017.

According to sources, Toshiba set the move date to late this week. Its stocks will be added to market indices and enable domestic active funds to purchase the stock.

In August 2017, the firm was downgraded to the second section of the two Japanese exchanges mentioned, dodging an outright delisting.

This came after it recorded a billion-dollar loss which outweighed its assets at hand, forcing the sale of its semiconductor operations.

Since then, the Japanese firm maintained a low-key profile, barely making it to stock market news.

According to analysts, the recent move will enable the multinational firm to join the Topix index as early as February 25.

In an estimate, the inclusion will require the buyback of 58 million shares. This accounts for roughly 58% of the entire outstanding stock.

As asserted by experts in the field, the new developments show that the Japanese firm is again ready to take on acquisition and business expansion after years of drought.

However, this shouldbe done with more careful deliberation as markets remain volatile. This will also entail divesting on a handful of unprofitable ventures in the coming months.

In an update on the Asian market, the majority of the bourses are up for the day amid the growing number of infections worldwide.

In the latest charts, Japan’s Nikkei opened the day with a 0.36% gain while Aussie shares remained steady.

The Australian government gave its go signal on the emergency use of the Pfizer-BioNTech inoculation where vaccinations could begin by late next month.

In Chinese markets, CSI300 hiked by 0.6% despite the hike in daily cases in the country.

Consequently, Hong Kong shares made marginal movements within the session despite the announcement of Kuaishou’s IPO.

The country locked down an area in the Kowloon peninsula which is the first time since the pandemic began.