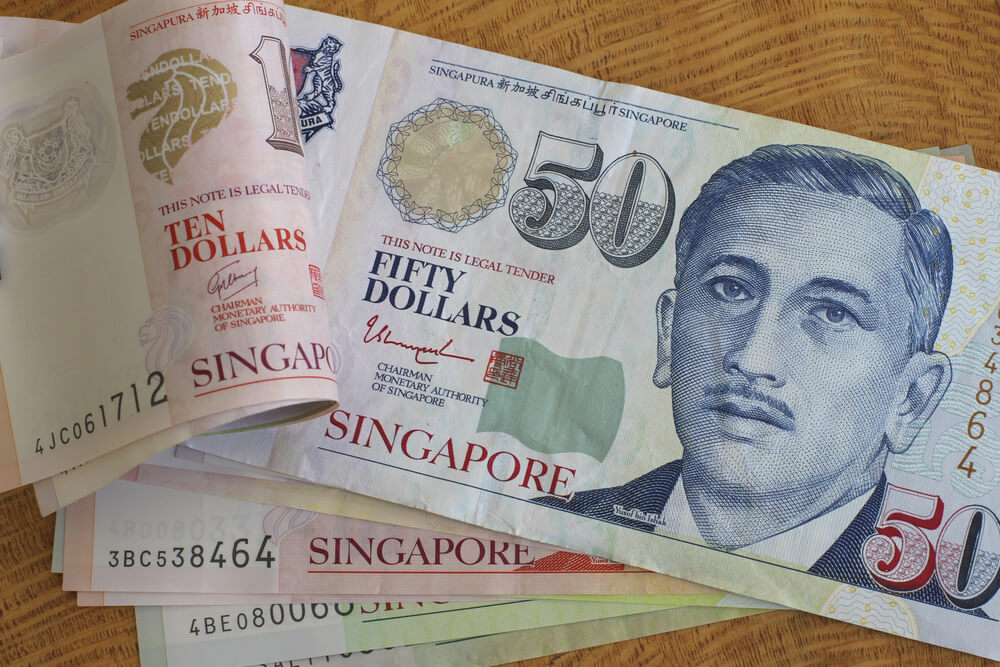 The Singapore dollar suffered much weight as markets are expecting the city-state’s central bank to ease its monetary policy.

This comes roughly three months before Singapore next adjusts its monetary policy.

Recent data about the city-state’s economy have been worse than expected. On top of that, the outlook has also turned dimmer as the globally disruptive trade wars continue, which in turn hurt the export-reliant economy.

The Monetary Authority of Singapore may be compelled to act sooner than later to protect the city-state from any economic downturn. Most central banks in the region as well as worldwide are already poised to adapt easing measures.

Second quarter gross domestic product growth slipped to the slowest pace since the end of the global financial crisis. This fueled rumors of recession two weeks ago.

After one week, Singapore said non-oil domestic exports plunged 17.3% in June from a year ago.

Further, the government reported this week a decline in core inflation to levels that were last seen in March of 2017. This pushed analysts to increase the chances of an upcoming policy change.

“The case for a trade-weighted depreciation in the Singapore dollar has strengthened,” said DBS Group Research. They attributed this to the steep decline in growth and inflation.

Since the beginning of this month, the domestic unit, which is known among South East Asia’s economy because of its stability, has declined by about 1% against the greenback.

Currently, the Singapore dollar trades around 1.365 to the dollar.

According to another research institute, the local dollar could expect to face mild downward pressure against the buck.

The Singaporean dollar has already declined against regional currencies such as the Malaysian ringgit and Thai baht over the last couple of weeks.

Market traders and participants are betting on the likelihood of easing in October, during which the central bank will hold its six-monthly review for this year.

The city-state handles its monetary policy by allowing its currency to rise or fall against the currency of its main trading partners within a trading band.

The central bank can change the range of that band to enable more volatility or adjust the midpoint to let a one-time depreciation happen.

At present, the MAS allows a modest and gradual appreciation of the Singapore dollar. Although the local dollar has weakened slightly during the recent weeks, most experts think that it’s still in the stronger half of the trading band.

Up next for the traders of the currency as well as the MAS would be the unemployment figures for the second quarter. The data report is due on Friday.

Predictions show that the jobless rate is rising above its post-global-financial-crisis range of 1.8% to 2.2%.

Although the majority of analysts agree that the next obvious move would be to ease the policy, they are still divided over the extent.

Some of them think that the MAS would ease based on the value of the Singaporean dollar, while others are forecasting a zero-appreciation approach.