Since the middle of April, the price of Brent crude has doubled. However, they are about to drop by 50% from their January highs.

The prices of oil per barrel are higher, overall. Although the change is positive, the future remains uncertain. Much will depend on the producers, but the consumption is still obscure.

OPEC and its 10 allies, led by Russia, withdrew 9.7 million barrels per day from the market in May. They extended the cuts through July, with a downward cut program until the end of April 2021. 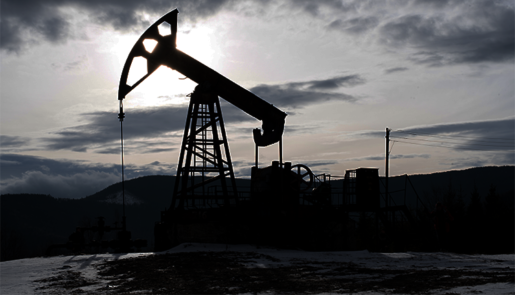 The IEA reported that the world’s oil supply had declined by 11.8 million barrels per day in May, taking into account OPEC + cuts and financial closings in the US and elsewhere.

Compliance was a problem for OPEC + during May, with Iraq, Kazakhstan, and Nigeria being the main countries that didn’t meet the expectations.

The Joint Ministerial Monitoring Committee, JMMC, took responsibility for ensuring compliance within OPEC +. The JMMC is chaired by the Saudi Minister of Energy, Prince Abdul Aziz bin Salman, and the Russian Alexander Novak.

Since then, Iraq and Kazakhstan have put a program in place to make up their cuts during the third quarter. Angola and Nigeria were given time until June 22 to commit to their compensation plans.

OPEC+’s decisive action helped markets start the long road to a rebalance. In May, OPEC’s average production stood at 24.19 million barrels per day, representing the most significant drop in its crude production since 1974.

North American shale oil is suffering from low prices since it has relatively high production costs. Shale companies are usually highly leveraged and find debt service difficult at current oil prices. Shale output depends on access to capital and liquidity. Due to the rapid rate of decline of wells, it has become necessary to drill new ones continually. Analysts think that bankruptcies will be inevitable. In a market where everyone is short on money, very few companies remain as natural buyers for shale producers in financial trouble.

Demand seems better than expected. According to the IEA, the market for the commodity is forecast to drop by 8.1 million BPD by 2020 and recover by 5.7 million BPD in 2021. This would leave a shortage of 2.4 million BPD compared to the levels in 2019. The recovery in Chinese and Indian demand has exceeded expectations.

OPEC was more pessimistic in its monthly report on the oil market, remaining firm in its forecast of a decrease in demand by 9.1 million BPD.

In reality, demand is a wild card, and it isn’t easy to draw any results until the end of the year.

While the overall demand outlook may look better than expected, indicating a V-shaped recovery, it will not necessarily be so when drilling continues further down.

As soon as the closing restrictions came to an end and people started using their cars, gasoline demand quickly recovered. However, diesel improved much more slowly. This is an excellent point of reference for economic activity because it drives industry and transport.