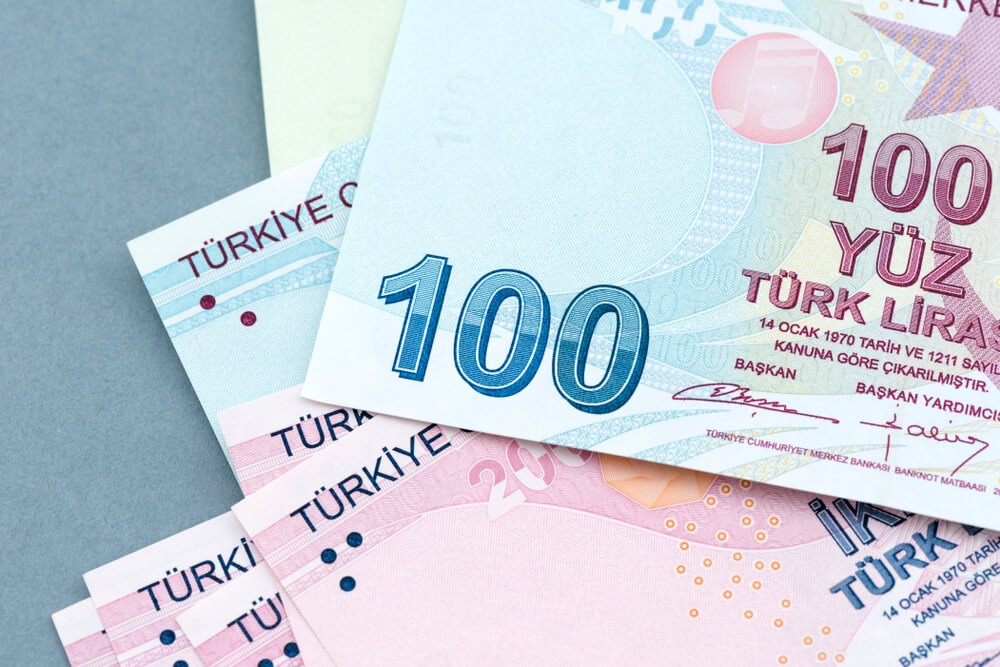 After consistently trailing far behind the greenback, the lira finally gains ground in today’s trading session.

Such resulted in an instant uplift to the currency. Analysts removed their bearish prospects for the Turk currency following months of settling in the red.

With this, the USD/TRY fell by 1.88% to 7.5592 in the latest update. This is the lowest threshold that the pair notched in nearly two months.

According to experts in the field, no overshooting of the pair will be expected in the coming months.

The consolidated price is forecasted at the 7.50 threshold, which is expected to last until the first half of 2021.

The country’s monetary regulator raised its repo rate. This is its main benchmark, to 475 basis points earlier in the day.

This translates to a 15% hike and is in accordance with the government’s pledge to remain tough on inflation in order to provide support for the volatile lira.

Consequently, it removed a week-long repo rate in favor of the overnight lending rate as the superior policy rate, thereby ending its corridor rate operations.

Spectators are closely watching the movements of the Central Bank of Turkey, especially on how it will target inflation.

In an address done last week, President Erdogan received backlash over inconsistencies in his statements. He has been giving no concrete outline on the coming monetary policies.

The committee’s move came as a commitment towards what is believed to become a transparent and strong restrictive mechanism targeted to lower the current double-digit inflation.

This could also help rebuild the country’s depleted foreign exchange reserves that eroded after the pandemic’s emergence.

Meanwhile, in North America, the Canadian dollar weakened against the greenback as fresh rounds of infections resulted in downward pressure towards the currency.

The setback came just after it notched a one-week intraday high on Wednesday that rested at $1.3030.

Currently, the USD/CAD plays back and forth between the $1.3075 and $1.3123 threshold with no bullish pattern in consolidation to expect.

In the latest charts, the pair slashed 0.1% to $1.3098, still conservatively above the psychological danger zone.

In an update on Canada’s economic indicators, the employment rate slashed 79,500 for October.

Adding a bit of optimism on the side, the UK-Canada trade deal should enter into force before the end of the year. Such could provide support on the flimsy labor market sector.