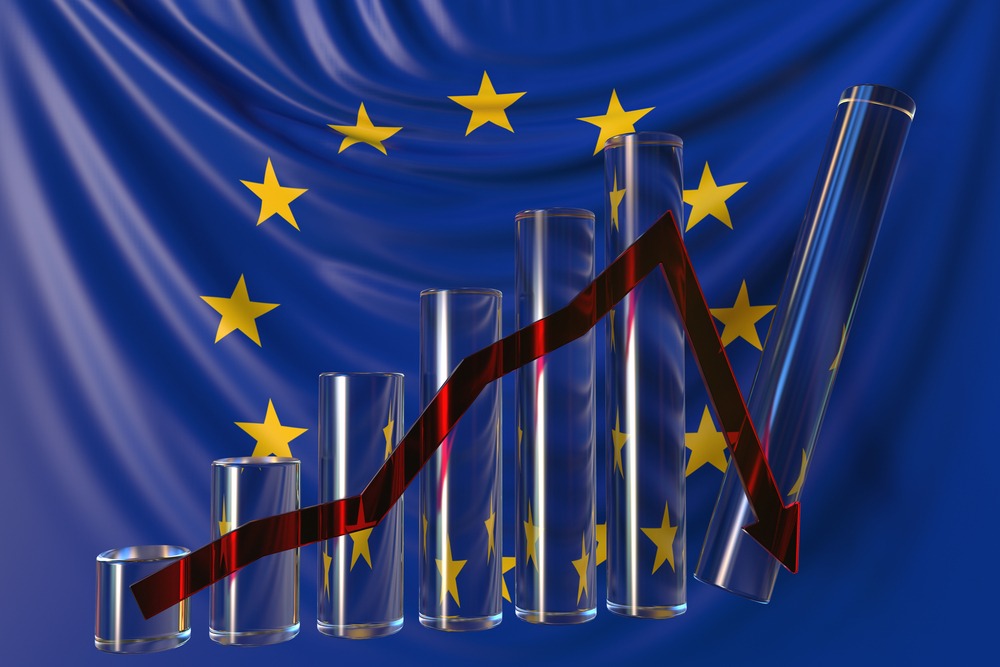 Lending to eurozone companies slowed in January, with the flow of fresh credit coming to a stop. The recession is back in the bloc and banks were tightening access to credit, the European Central Bank (ECB) data showed Thursday.

Last month, lending to non-financial corporations in the 19-country euro area slowed to 7.0%. That was from 7.1% a month earlier, a relatively high level not far from a 10-year high of 7.4% reached in May.

However, small rises in the bloc’s biggest countries, Germany, France, and Italy, were offset by drops elsewhere. That includes Spain and the Netherlands. Thus, the monthly flow of credit to firms was minus 0.2 billion euros.

The pandemic has caused much of the eurozone economy to shut. Last year, companies rushed to tap emergency credit lines. These were supported by government guarantees and central bank funding for rates as low as minus 1%.

Many have maxed out their credit lines already, causing banks to be concerned about not getting their money back. For this reason, they have continuously tightened their lending standards in order to protect their balance sheets.

The economic outlook remains very uncertain for a stable pickup in business lending, according to ING economist Bert Colijn. This also means that in the short-run, the eurozone investment recovery continues to face headwinds, he said.

Household lending growth has broadly flatlined since April, slowing from 3.1% to 3%. On the other hand, the monthly flow of fresh loans slowed to its lowest rate since last April.

The low-interest rates would prop up their economies, undeterred by growing worries about inflation.

In the week ended Feb.24, investors purchased $31.4 billion in global equity funds. Data showed this was 17% higher than last week.

On the flip side, global bond funds recorded the lowest inflow in eight weeks. This was on worries over higher inflation levels.

Also, in the week ended Feb. 24, the bond funds had a net buying of $7.36 billion. The money mainly flowed into inflation-protection bond funds and shorter-tenor bond funds.

Investors purchased about $4.7 billion worth of funds that invest in U.S. short-term and medium-term bonds. Data showed funds focused on bonds that were structured to provide protection against inflation attracted about $1.5 billion.