Let’s check the situation in the market. On the Monday United States said that it added the Swiss currency to the watchlist. The euro was last up 0.22% against the dollar at $1.1151. The dollar dropped 0.05% to 109.91 against the yen.

Analysts say that inclusion might discourage the Swiss National Bank (SNB) from intervening in trying to limit the further appreciation of the franc. Moreover, the Swiss finance ministry said that it would not have any immediate consequences.

In Russia, there was the resignation of Prime Minister Dmitry Medvedev’s government’s resignation.

Since May, the Japanese currency hit its weakest level at 110.20 on Tuesday.

The United Kingdom inflation rose at its slowest rate in three years suggests data. Thus, reversing earlier losses, the pound edged higher. It is feeding the expectations that in January, the Bank of England would cut rates.

Vassili Serebiakov is an FX strategist at UBS in New York. He claims that the market directionally expected some weakness. Nevertheless, the magnitude surprised everyone most probably.

Dollar, Swiss Franc, and Others

Against the dollar, the Swiss Franc gained, getting its strongest point in over a year. In almost three years, it was at its highest against the euro.

China promised to the United States to buy more agricultural goods and services. 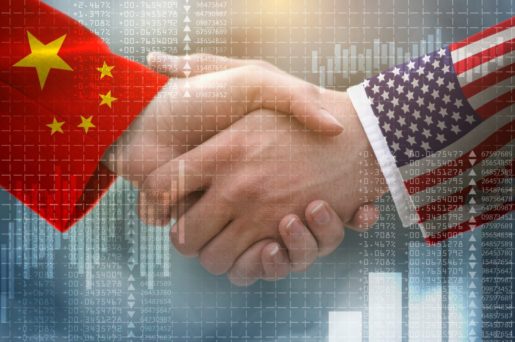 Shaun Osborne is a Chief FX strategist at Scotiabank in Toronto. There is not much reaction to the trade deal signing at all claims Shaun Osborne.

The two countries announced the first trade deal that will defuse some tariffs. Moreover, it will boost Chinese purchases for United States goods and services. So, it will defuse an 18-month conflict between the world’s two largest economies.

The United States and China signed a deal to defuse their trade war. The dollar cut losses but remained lower against the euro and the yen.

Nevertheless, 25% of tariffs will remain on a vast $250 billion array of Chinse industrial goods and components.

The United Kingdom’s inflation is weaker than expected.

Not much changed in the market after yesterday.