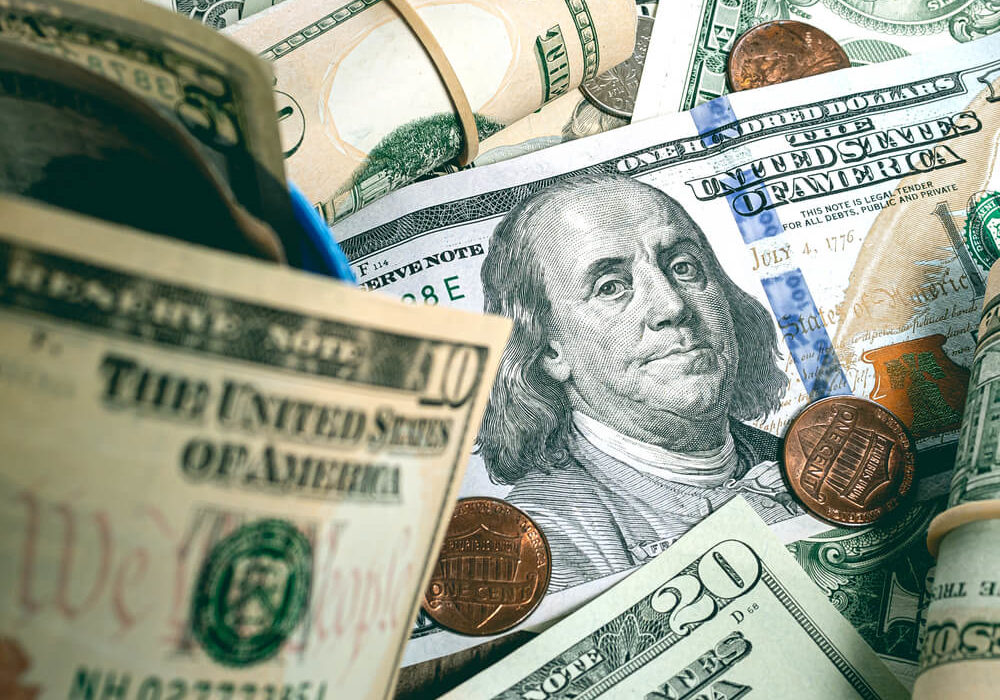 The US dollar index, which trails the greenback against a basket of major currencies, plummeted 0.22% to $93.87, hitting a nine-day low.

Moreover, the safe-haven currency followed its plunge of 0.53% to $94.02 per share yesterday.

Accordingly, the dollar declined after the Fed confirmed that it would start asset tapering this year.

Consequently, this fueled the market sentiment as the announcement reflected an economic recovery.

However, the September meeting minutes also revealed that some policymakers were concerned that high inflation could persist.

In addition, traders kept an eye close to the release of the initial jobless claim today. The forecasted data lowered to 319,000 from the last number of 326,000.

Whereas, a lower report than the analyst projection would be bullish for the USD exchange rate.

Moreover, the estimated producer price index (PPI) dropped 0.60% from the previous 0.70%. A significant miss from the forecast would weigh down the greenback.

Meanwhile, the USD exchange rate to yen posted notable gains of 0.10% to $113.35. The possibility that the Bank of Japan would raise interest rates supported the currency pair.

On the economic data front, the United Kingdom’s GDP extended to 6.90% year-over-year, beating the analysts’ projection of 6.70%.

At the same time, the manufacturing production rose 0.50% month-on-month from July’s rate of -0.60%, pushing the GBP.