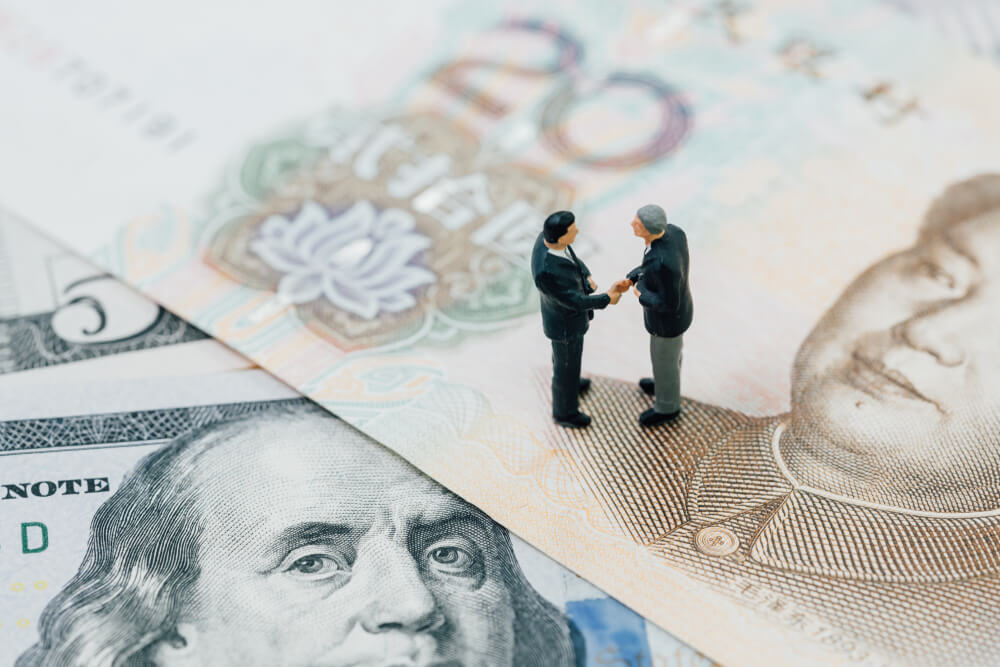 On Monday, the United States and China wanted to ease trade war tensions with Beijing.

It has been calling for calm and the U.S. President Donald Trump is forecasting a deal after markets dropped in response to new tariffs from both countries.

Trump has talked on the sidelines of the G7 summit of world leaders in France. There he indicates that Chinese officials had communicated to U.S. trade counterparts overnight.

Moreover, it has offered to return into the negotiating table.

On Monday, Vice Premier Liu He, who has been leading the talks with Washington, stated China was ready to resolve the trade argument.

They will solve it through “calm” discussions once and for all, different from the escalation of the conflict.

In addition, he stated, “China called last night our top trade people and said, ‘Let’s get back to the table’, so we’ll be getting back to the table, and I think they want to do something.”

In Beijing, Foreign Ministry spokesman Geng Shuang indicated he had not caught that phone call between the two sides that had taken place.

However, China’s Commerce Ministry typically issued announcements on trade calls. The request for a comment was not responded to.

Interaction Between U.S. and China

Trump highlighted Liu’s comments, when pressed on whether a call had taken place.

The U.S. Treasury Secretary Steven Mnuchin said there had been interaction between the two sides but refused to say with whom.

The editor of the state-controlled newspaper, Hu Xijin, indicated in a tweet, “Based on what I know, Chinese and U.S. top negotiators didn’t hold phone talks in recent days.”

He also added, “The two sides have been keeping contact at technical level, it doesn’t have significance that President Trump suggested. China didn’t change its position. China won’t cave to U.S. pressure.”

The gradually unpleasant trade war between the world’s two largest economies intensified on Friday. Both sides have been leveling more tariffs on each other’s exports.

Trump proclaimed an additional duty on some $550 billion of targeted Chinese goods. This was hours after China shown retaliatory tariffs on $75 billion worth of U.S. goods.

On Sunday, the White House supposed Trump felt sorry not raising the tariffs even more. But the president also seemed to back off on his threat to order U.S. companies out of China.