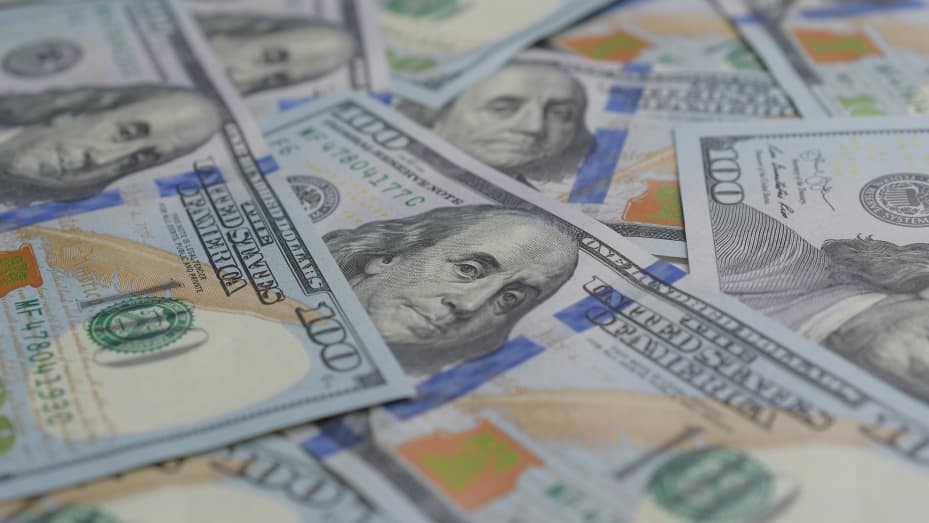 The dollar is becoming increasingly negative in hedge funds. This suggests that the Federal Reserve will scale back its interest-rate increases, which has fueled anticipation.

The Commodity Futures Trading Commission’s data on eight currency pairs show that bets against the dollar rose to 30,457 contracts last week, the highest level since August 2021. After data on Friday revealed that US wage growth slowed last month, investors now anticipate that the Fed funds effective rate will fall below 5%, down from 5.6%, according to swap contracts.

Slower Rate Hikes Are the Major Catalyst for The Currency Bears

Jupiter Asset Management and JPMorgan Asset Management have bet on the Fed delaying the pace of rate increases. Accordingly, the dollar’s fortunes have waned in recent months. Due to the central bank’s aggressive interest rate hike policy compared to other countries and haven flows, the dollar index hit a new high last year.

That may be beginning to change, as traders expect the ECB to raise interest rates more than the Fed in 2023, according to swaps linked to meeting dates. The wagers are for additional price tightening of 60 and 150 basis points, respectively. Bank strategists recommend long euro bets versus the dollar at Nomura International Plc and Morgan Stanley.

Inflation Data to Define the Dollar’s Next Move

US inflation data for December and comments made this week by Fed Chair Jerome Powell may set the stage for the dollar’s next move. After slumping 1% on Friday after weak-than-expected earnings and services numbers, the Bloomberg Dollar Spot Index fell 0.4% on Monday.

Others believe the dollar will continue to rise as the Fed intends to maintain its tightening policy. On Monday, the Norwegian krone was the most prominent among Group-of-10 currencies. In London, the euro climbed.

According to Goldman Sachs Group Inc strategists, including Kamakshya, the US dollar will continue to have periods of strength. Nevertheless, currencies in emerging markets in Asia will benefit from their ties to stronger Chinese expansion.