Worries concerning the virus and The United States Dollar 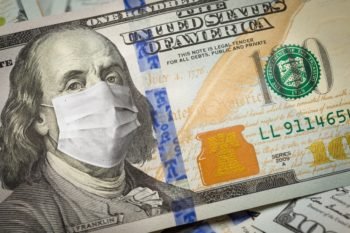 Let us check the market. As data and hopes for vaccines boost the mood, the dollar is on its backfoot. Ahead of United States payroll data, few are willing to take risks. The consensus forecasts for an additional 3 million jobs. The figures will be out at 1230 GMT.

The greenback slipped marginally against a basket of currencies. Thus, it is now tracking toward its worst week in a month, with a 0.4% fall. Nevertheless, it could shift significantly in either direction. This depends on the United States’ job data due at 1230 GMT.

Nonfarm payrolls figures are forecast to show an increase of 3 million jobs last month. Nevertheless, estimates are now varying widely, with continuously oncoming data. This is because concerns are growing about whether the United States economy can sustain its recovery. Moreover, coronavirus infections surge, and some states are re-imposing limits on personal activity and business.

Vishnu Varathan works at Mizohu Bank in Singapore. He is head of economics there. He said that any reasonable reaction to that number must also price in the resurgence of cases.

Moreover, he added that a shortfall, even one, can be mildly negative. It would quickly reinforce the shadows of doubt being cast on plans for unfettered re-openings.

A miss will probably push United States Treasury yields lower, added Varathan. Nevertheless, he said that the response of the dollar is less predictable and depends on whether investors regard hiccups in the United States recovery as a challenge to the global rebound.

This is the current situation of the market.