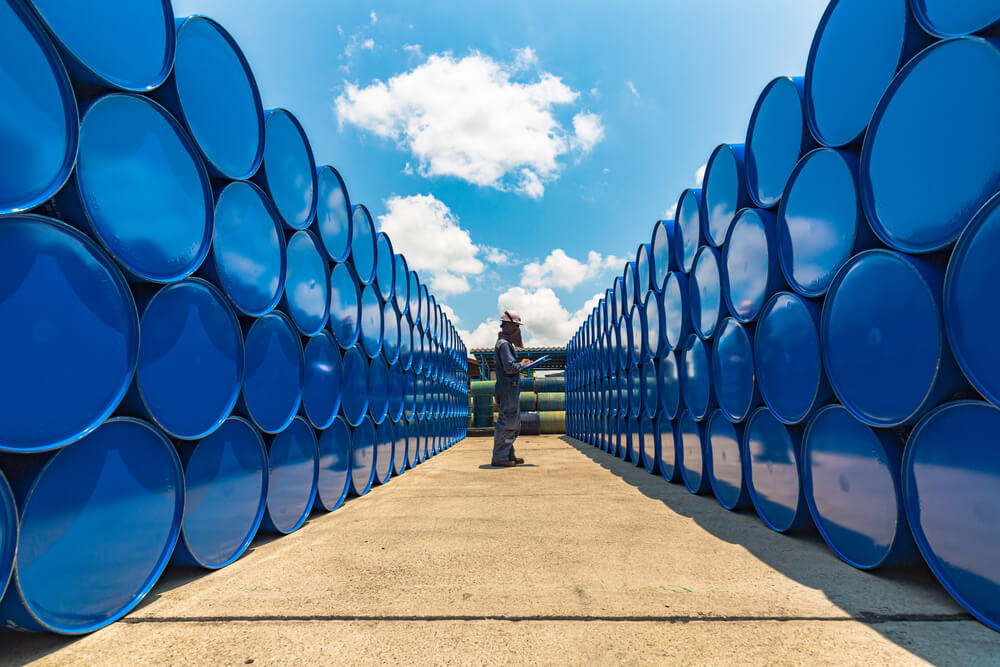 The West Texas Intermediate could not handle the pressure of the lack of strong price catalysts on the market.

The American benchmark declined by a painful 2.8% for the day, translating to a net change of $2.12.

It currently exchanges hands at $73.13 per barrel. This is the first time since its $75.00 a barrel settlement in the previous sessions.

Meanwhile, the Brent crude followed the downward trajectory and shed off $2.06 or 2.7% during the same session.

The London-traded benchmark is last seen hovering back and forth at $74.73 per barrel. This is leading it away from the $80.00 a barrel target.

Earlier in the year, analysts from Goldman Sachs gave the European crude an $80.00 per barrel price settlement in Q2.

However, an oil association’s sudden indecision weighed on its consistent rally that it managed to maintain since the start of the year.

Another reason behind today’s fall is the US Energy Information Administration’s unprecedented crude stockpile update for last week.

The EIA inventory revealed a crude draw amounting to 7.9 million barrels for the week ending July 9.

This is the largest stock expansion so far since early May, when the private government organization updated an 8.0 million barrel draw.

In comparison to the reported updates in the previous week, which all reported declines in inventory, a draw is perceived as a risk.

In the same report, gasoline inventory jumped by more than 1 million barrels during the same period.

This is better than the 2 million barrels of increase expected but shows a slump in demand nevertheless.

Following the increase are distillate products which climbed by 3.7 million barrels for the same week.

The Cost of OPEC’s Shaky Consensus

Analysts continue to look at OPEC’s indecision as one of the quiet but biggest catalysts behind the recent price slump.

As of this writing, insiders noted that the decision roadblock has not yet been resolved, but negotiations are still ongoing. This came as UAE continues to stand by its stance against the bloc’s consensus.

According to insiders, the Emiratis are insisting on a greater production quota than initially agreed.

On the other hand, the de facto leader Saudi Arabia is adamant about sticking to a gradual increase as demand remains at risk.

In a more detailed look at the conundrum, the association’s incumbent baseline for increasing the production quota is at around 3.2 million barrels.

UAE is looking to increase this mark to 3.8 million barrels per day.