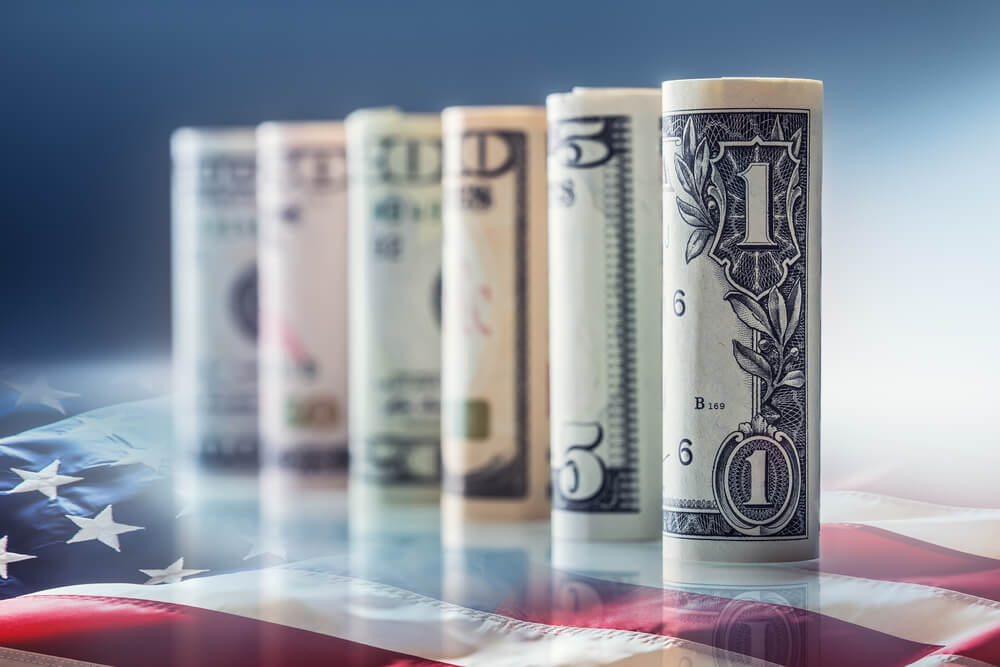 On Thursday, August 12, the US dollar fell due to declining the latest inflation data. This calmed Fed’s pressure on early asset tapering and bond-buying programs.

The US Dollar Index, which trails the greenback in opposition to its six other rival currencies, traded about 0.10% lower at 92.897.

This repeats its Wednesday peak of 93.195, a level not seen since the beginning of April this year.

Yesterday, the consumer price index came at 5.40%, the same as its previous record. However, it increased slightly against analysts’ forecast of 5.30%.

An economist stated that the consumer price index gained 0.5% in July after its 0.90% climb in June.

She added that this is the largest fall in the month-on-month (MoM) inflation rate in 15 months.

Since February, this is the smallest gain in the past four months and the first fall in the core consumer price index.

Moreover, Federal Reserve Chairman Jerome Powell continues to reiterate that the high inflation number will only be transitory as the economic curb eases.

He added that these figures would support his outlook, limiting the need to tighten the monetary policy quickly.

An analyst commented that the US dollar’s weakness is limited. Due to this, several analysts anticipate that the central bank will announce a tapering stimulus as early as next month.

This is because there are improvements in the labor market and the current levels of inflation.

Currency Exchange Rates Over US Dollar

Furthermore, the USD/JPY was flat at 110.41 following a pullback from its five-week high of 110.80 overnight.

The same with the GBP/USD, which dropped 0.03% to 1.3867. The currency fell despite the UK’s gross domestic product growing 4.80% in the second quarter.

This is a sharp spike following the 1.60% drop in the first quarter.