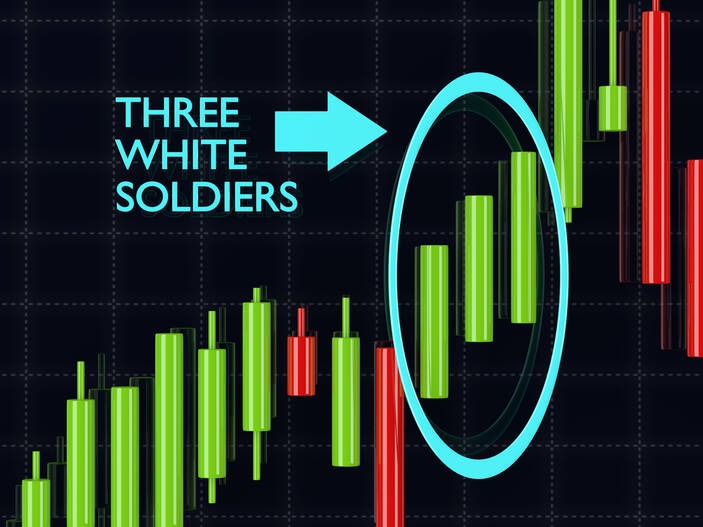 Description and definition: What are three white soldiers

The Japanese candlestick pattern ‘the three white soldiers ‘ is part of the family of candlesticks announcing an upward reversal.

It is a bullish reversal pattern also popular as the bullish three white soldiers pattern.

Indeed, this type of candle will allow us to predict an upward reversal of future movements.

Depending on the cycle to be studied, whether it is a short-term or long-term analysis, it will be necessary to adapt its time scale to daily, weekly or monthly data.

This type of decision support method is also very suitable for traders wishing to intervene on cycles of 15 to 30 minutes, it is a technique widely used by day traders for short-term trading.

Also, it should be noted that for a better interpretation, great importance should be given to the size of the bodies and shadows of the candles forming the candlestick pattern.

For example, a candle with a relatively large body will indicate significant pressure.

The pressures will be all the more marked as the shadows will be small.

Indeed, it will be preferable when you observe large candlesticks with small shadows to stay in the movement and not in the opposite direction.

Finally, a movement must always be accompanied by significant transaction volumes.

What is a Japanese candlestick the three white soldiers?

This figure is materialized by the presence of three long green candlesticks which close consecutively at higher prices.

They are characterized by a succession of three green candles with relatively large bodies and the weakest possible shadows.

The first candle of these figures called the “candle of reversal” will validate all the more the figure if it belongs to an engulfing.

The second candle must necessarily be larger than the first for the figure to remain valid.

These conditions are not mandatory, but they reinforce their validity.

Characteristic of the candle the three white soldiers

Psychology of a figure in Japanese Candlestick the three white soldiers

The three White Soldiers candlestick appears after a long downtrend and in a bear-controlled market.

This type of figure generally appears when the market has been oversold, that is to say, that prices have remained at low levels for some time.

This very negative market sentiment will push some players to enter the market to do good business.

This attempt to buy on the cheap will be decisive and will drive prices up with a long green candlestick succession.

The bears are now forced to buy back their short positions, which will have the effect of driving prices up sharply.

A trend reversal is then very likely.

How to interpret the three white soldiers candlesticks?

The figure of the three white soldiers is a pattern consisting of three successive bullish candlesticks, whose opening prices are constantly higher.

The three white soldiers with “the three black crows” is one of the rare continuation patterns in Japanese candlesticks.

It is relatively reliable and should attract traders’ attention when it also occurs in an already established uptrend.

The reliability of this candlestick pattern is average.

However, to validate the graphic configuration of the Japanese candlestick “the three white soldiers”, a confirmation of the structure is necessary on the fourth day.

Indeed the upward trend will have to be confirmed by a green candlestick, a bullish gap or a rise in prices the following trading day.

Validation of the three white soldiers pattern is necessary for the trend reversal to materialize.

How to use the volumes with the candlestick of the three white soldiers?

As in all figures based on Japanese candlesticks, the anticipation of the evolution of stock market prices will have to be confirmed by the following session.

The realization of the three white soldier patterns is all the more reliable if it is accompanied by large volumes.

Important: Traders believe that a price trend or reversal has more predictive power if traded with high volumes.

For example, in the context of our Japanese candlestick, a pattern with a large distance between the opening price and the closing price accompanied by high volume indicates a high probability of the realization of the trend anticipated by the candle.

This is quite simple. The pattern is made up of three consecutive long-bodied bullish candlesticks with either short wicks or no wicks.

Once you spot this formation, this is your Three White Soldiers blueprint. This brings us to the next step.

2. Confirmation of the signal with the moving average of convergence and divergence (MACD)

Have you spotted your three white soldiers? Then it may not be enough. You need to go further and verify that the formation will really yield to your expectation of a price increase.

This verification will be done by using the MACD indicator. At this stage, try to ensure that your anticipation of a further rise in price is in sync with the MACD.

That one or more of the following MACD conditions should meet in order to be sure of a continued rise in price as predicted by the three white soldiers.

The fast and slow MACD moving averages cross the zero line from bottom to top.

Did one or more of the above MACD conditions meet? If yes, then you can enter your buy position. If none occurs, you’d rather not go long. It could be just a pullback as the main downtrend resumes soon after.

Put your Stop Loss just below the low of the first candlestick of the pattern. If you are trading without Stop Loss orders, you would rather stop and start using Stop Loss orders. The stop-loss order can save you a lot on a bad day when almost all trade goes south.

What you are doing is identifying a major resistance level where most price moves tend not to break. It may seem so relative. But identify the nearest major resistance area in order to estimate the minimum amount of profit you can take. The price doesn’t limit to this level you choose and can always go beyond it, which of course translates into more profits.

The Three White Soldiers Pattern: What You Also Need to Know

In the beginning, we mentioned that the three white soldiers pattern is a bullish reversal pattern. As we progressed, it became apparent that using the candlestick pattern alone might not be enough. In fact, candlestick patterns alone cannot be enough to make trading decisions, just like a single indicator is not.

Therefore, the combination of such a candlestick pattern with the MACD indicator can be such a powerful trading tool. This has become clear, as this article demonstrates.

Japanese candlesticks can indicate a trend reversal. One can use these signals to buy on supports and to sell on resistances. The so-called reversal structures will have to be located on expected reversal zones. And you need to previously identify these by a new chart analysis. Using candlesticks by limiting yourself to a simple recognition of the figure without worrying about the technical context can lead to many errors. 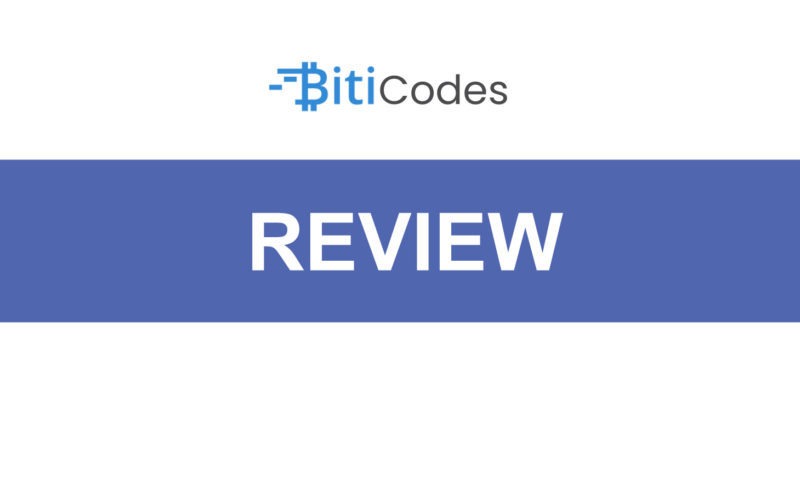