Sign in
Home News Forex Ruble Stable Near 80 vs Dollar

Ruble Stable Near 80 vs Dollar 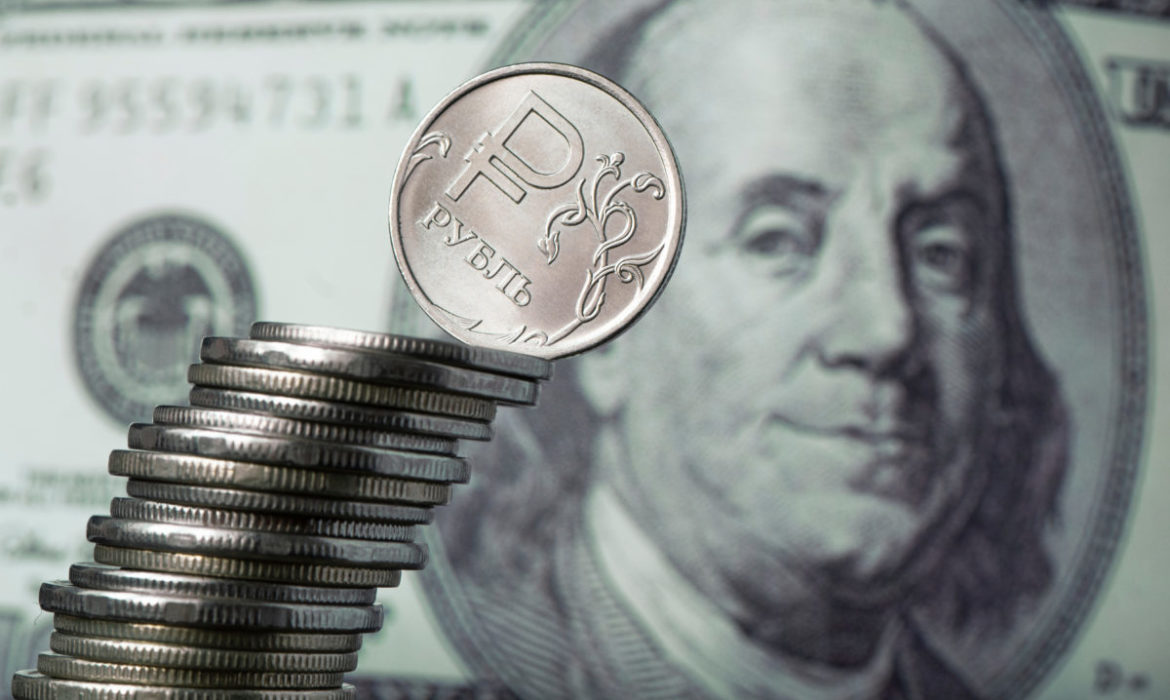 The Russian ruble stabilized near $80 on Wednesday. Stock indices have risen slightly. This lost momentum after weeks of anxious trading. Russia’s actions in Ukraine, which Moscow calls a “special military operation,” are in the spotlight. The risk of new Western sanctions and the economy’s expectation will move towards the sharpest contraction since 1994.

The ruble changed slightly to $79.77. After rising to 71 last week, it was the strongest since November 11. Against the euro, the ruble rose to 86.04, or 0.2%. This week, the ruble fell after the central bank lifted a 12% fee to buy foreign currency brokerage firms. It also promised to lift a temporary ban on selling foreign currency cash to individuals from April 18. However, it is worth noting that the ruble retains support from export-oriented companies. They must divert 80% of their forex revenue to the domestic market.

OFZ 10-year Treasury bond yields fell slightly to 10.74% in the bond market, From a record high of 19.74% on March 21, after a nearly month-long trading break. The Treasury Department, which this year suspended borrowing in the domestic and foreign markets, is due to pay coupons on three OFZ series on Wednesday.

Stock market indices have risen. The Russian ruble-based MOEX index rose 0.3%. The dollar-denominated RTS index was 0.1% higher at 1005.9 points. Shares of Rosbank, a Russian subsidiary of Societe Generale, still outperformed the market. Also added 10% on Monday and Tuesday after increasing by about 40% per day. Rosbank shares have risen since Societe General announced it would leave Russia. It will also receive €3 billion in revenue from the sale of Rosbank to Interros Capital.

It is worth noting that the ruble has fallen sharply since the Russia-Ukraine war. However, as time goes on, It tries to return to Its senior positions.