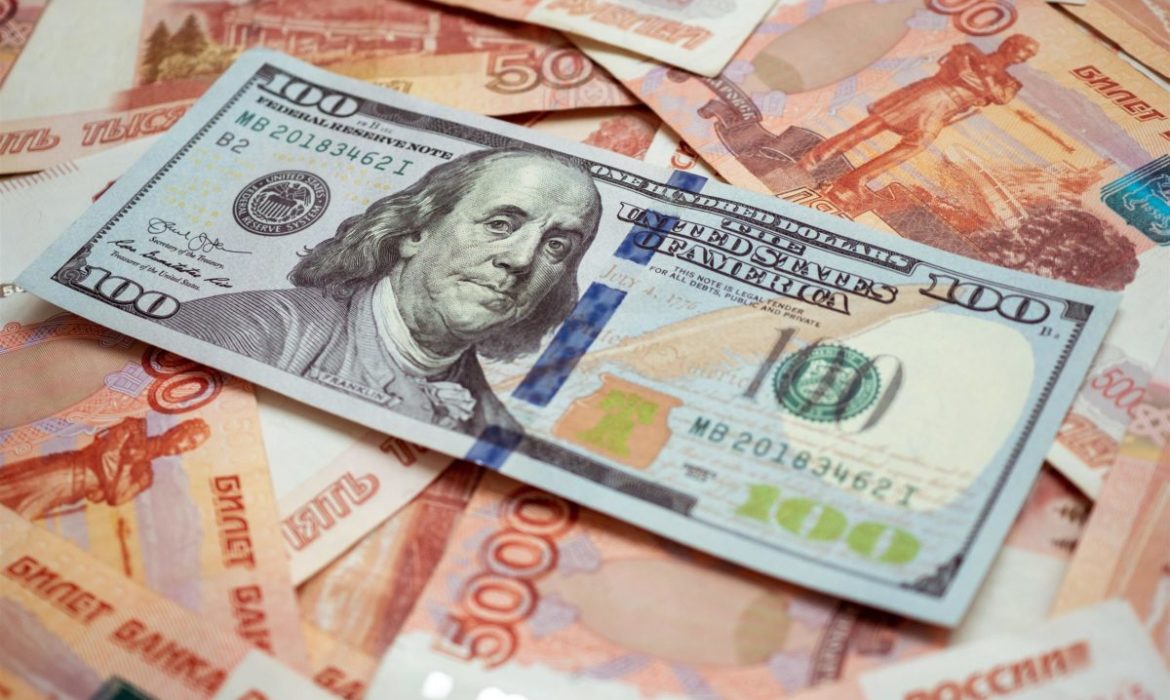 The Russian ruble fell to record lows in onshore trading on Wednesday. The Russian currency declined despite measures by Russia to boost its economy and safeguard hard currency availability amid fresh economic sanctions caused by its invasion of Ukraine.

The ruble suffered losses on Monday and Tuesday. However, it jumped to 120.83 per dollar on the Moscow Exchange before clawing back some losses to close at 120 on Wednesday.

It closed 6.3% weaker against the euro at 127 after hitting a record 131 per euro in early trade.

On Wednesday, offshore ruble trading was also thin with large disparities in pricing: On Refinitiv it stood at 129 to the dollar. On the EBS platform, the ruble was bid at 138 from the previous 130 close, down 5.8%.

Unsurprisingly, the country’s financial markets have been thrown into turmoil since its invasion of Ukraine prompted economic sanctions.

Russia’s central bank more than doubled its key interest rate to 20%. The country’s government also implemented measures to support the economy. Still, the ruble suffered heavy losses against the U.S. dollar since Russia sent troops into Ukraine on February 24.

Two days ago, the central bank said it was offering additional crisis support to financial firms. Furthermore, banks can no longer sell foreign currency to citizens for the next six months.

The country’s 5-year credit default swaps – a measure of the cost of insuring exposure to Russia – jumped sharply to a record 2,960 basis points and was recently at 2,939 bps.

Annual inflation in the Russian Federation rose to 9.5% in February from 8.73% in January, its highest in seven years.