Country: Saint Vincent and the Grenadines

RevolutExpert is a new brokerage that offers various investing services at a midrange price. Like many recent brokers, it offers diverse assets via CFDs and chooses to focus on its forex trading service. The broker has offices in Saint Vincent and the Grenadines, and its address is First Floor, First ST Vincent Bank LTD Building. While the broker didn’t garner much attention, we should still asses it because of its potential customers. As such, our RevolutExpert review will tell you all you need to know about its services.

One thing you notice straight away when visiting the broker’s website is that it tries too hard to sell itself. For example, it states that it’s the #1 online broker across the globe, right on its homepage. It also puts meaningless trading and user numbers, which it can fabricate without any effort. Every broker embellishes the truth at least a little, but RevolutExpert is really going overboard. Instead of a professional company, revolutexpert.co feels like you’re looking at an ad.

Not only that, but the website is quite poor from the perspective of navigation. Information regarding most of the trading features seems misplaced and even sometimes contradicts itself. That’s if you even find what you want to know since the broker doesn’t say anything about a lot of essential things. Altogether, our initial impression for the RevolutExpert review isn’t great since the broker appears borderline deceptive.

From the previous passage, you could have guessed that the broker has some safety and trust issues. For starters, it’s unregulated, so the entirety of its security relies on whether or not you trust RevolutExpert. However, the broker doesn’t quite come off as trustworthy due to a multitude of reasons. We already mentioned the lack of information earlier, but it also goes beyond that.

For example, RevolutExpert is using a PO box in Saint Vincent and the Grenadines as its address. That means the broker doesn’t want to reveal its actual location to avoid potential legal issues. It’s often and indicator of a broker preparing to scam its users or at least act maliciously towards them.

Beyond that, the broker’s eagerness to promote also aims to attract uninformed users. If you’re an experienced trader, you’ll see through RevolutExpert’s overexaggerated claims. However, if you’re brand-new to the trading world, you may actually find them impressive. Catering to newer traders is fine if you mold your service around it, but RevolutExpert doesn’t. Instead, it just looks like it’s trying to draw in customers that are easier to take advantage of.

All that likens RevolutExpert to a scam. However, that’s not all we can say about the broker, as there are user impressions online confirming the suspicions. Users speak of account shutdowns, drained funds, and overall everything a broker can do wrong. Now, these reports don’t always tell the full story, but they’re in line with the behavior we project for RevolutExpert.

The brokerage did the very least regarding security, only ensuring its website was encrypted. Everything but that falls to the wayside, and we wouldn’t trust the broker with our money.

RevolutExpert’s initial deposit requirement is higher than it is for most brokers. Instead of the regular $250, the broker starts at $1,000, so you’d expect it has some perks for that. Unfortunately, the broker doesn’t actually disclose any important details. However, it does hope to trick users even there.

For example, when you go to the accounts page at revolutexpert.co, you’ll see 0.0 pips. Now you might think that refers to spreads, but instead, it refers to stop in points. What are stop in points? Well we have no clue, and our best guess is that the broker meant stop losses. However, it’s obvious they were trying to get users to assume those were the spreads. 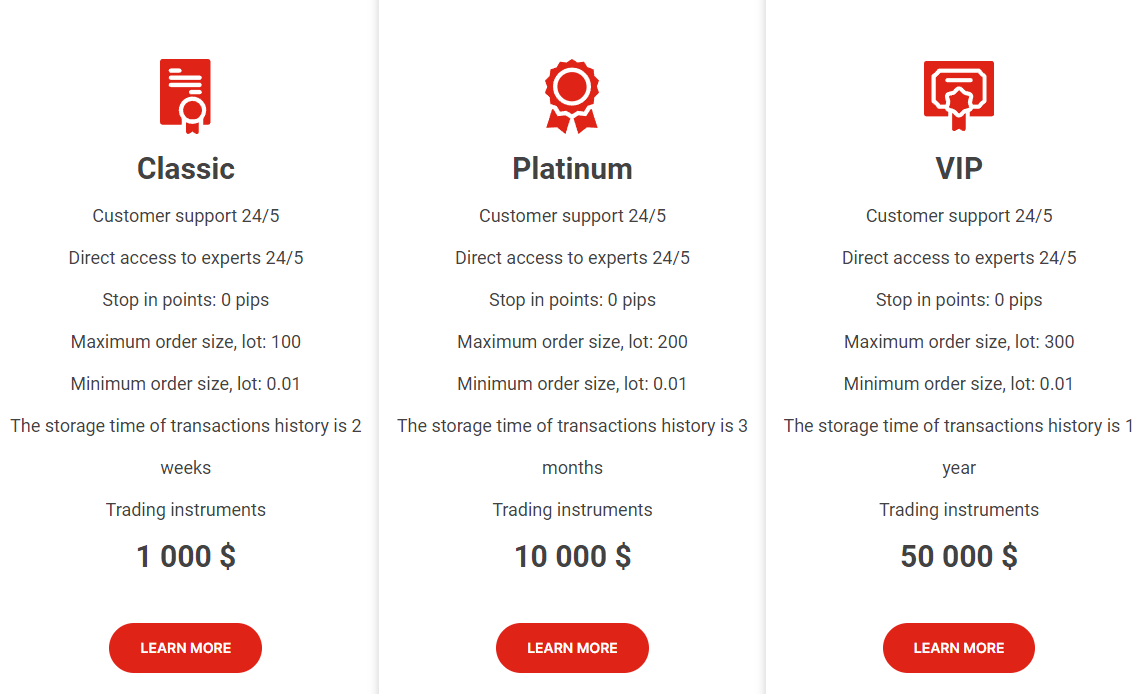 Furthermore, the only thing that increases are the maximum order sizes and the time RevolutExpert keeps your transaction history. The max order sizes are irrelevant, since you’re likely already on the highest account if you’re hitting the cap.

However, it’s ridiculous that the broker intentionally deletes your transaction history if you’re on one of the cheaper accounts. It’s a textbook example of worsening service for budget users to goad them into depositing more. That’s predatory behavior and positions RevolutExpert as a scam.

Once you visit the platform page at revolutexpert.co, it becomes obvious how careless the broker is. It’s also worth noting that the tab is called “The best platform,” so the broker managed to squeeze in self-promotion even there. RevolutExpert boasts about its great MetaTrader platform but fails to mention whether it’s 4 or 5. Whichever one it is, it’s a good platform, but it’s funny that the broker didn’t even manage to do that fully right.

The broker seems not to have any deposit or withdrawal fees on its own. However, transfer fees still apply if your bank or deposit method charges them. But as it’s clear from our RevolutExpert review, the broker even spins that as a huge deal. It says it forgives your fees as if the broker didn’t decide how high the costs would be itself. RevolutExpert continues its trend of treating traders like they can’t put two and two together.

However, we’re not entirely sure they’re being truthful, as users report random charges. With the poor security rating the broker got from us, it scamming users wouldn’t even be that surprising. As for the spreads and other costs, we can’t say anything exactly since the broker doesn’t disclose that. And when the brokers don’t want to show something, it’s usually not because the thing they are hiding is brilliant.

As we said earlier in our RevolutExpert review, the broker focuses on forex with other trading instrument categories present. However, it’s lacking an important class in the modern investing landscape, cryptocurrencies. Still, the selection is solid, with the broker claiming it has access to 1,250 assets in total. That’s not anything fantastic, but it does stand out as one of the broker’s top features.

RevolutExpert can’t seem to agree with itself on when its support works. It ranges from 24/7 to 24/5 to Mon-Fri: 9:00 – 19:00 on the customer support page. So either you get different support depending on whether you’re a client or not, or the broker is just lying, which is more likely. User complaints online show the support is quite slow to respond, overall placing the broker’s customer service rank low. 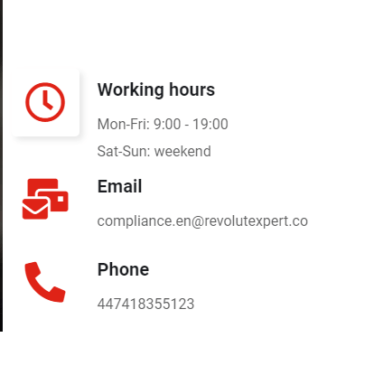 RevolutExpert is a broker that hides most of the things traders need to know before they sign up. That alone is enough for us to advise against signing up with the broker, but there’s way more. Even the conditions it shows make it seem predatory and make it apparent that RevolutExpert thinks traders are stupid. Not only that, but they measure poorly against the current brokerage landscape, eliminating the broker as a relevant contender.

There’s no reason to use RevolutExpert over other more serious online brokerage companies. Finding a better alternative is likely as easy as one simple Google search on the customer’s end. Naturally, our RevolutExpert review gives the company an extremely low grade due to poor customer treatment and service quality. 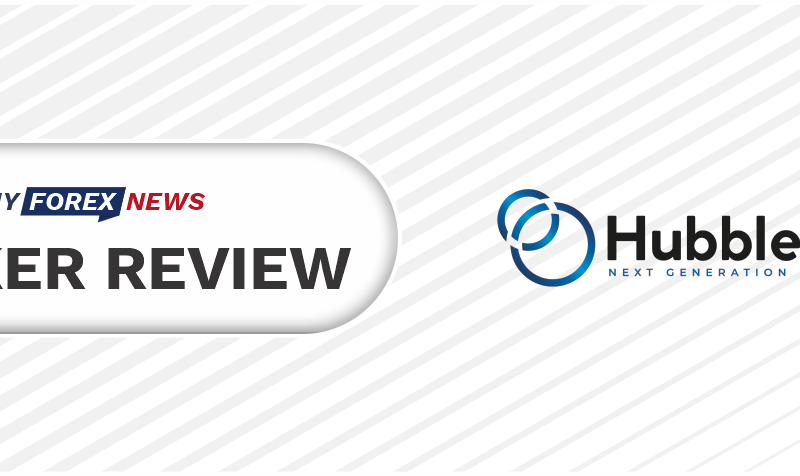 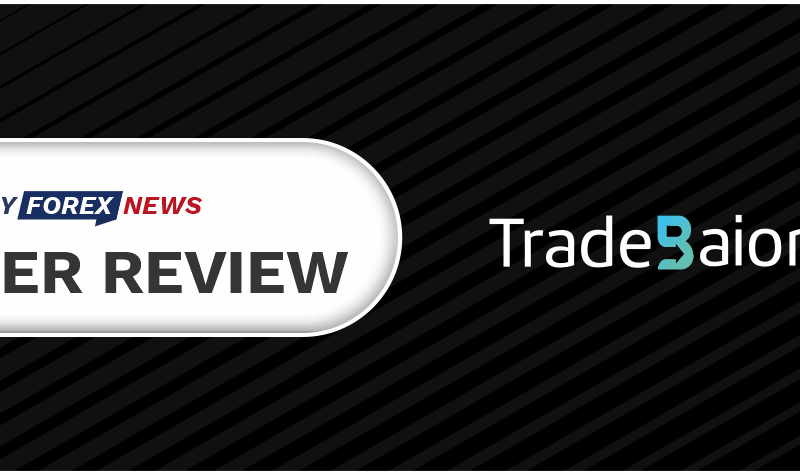 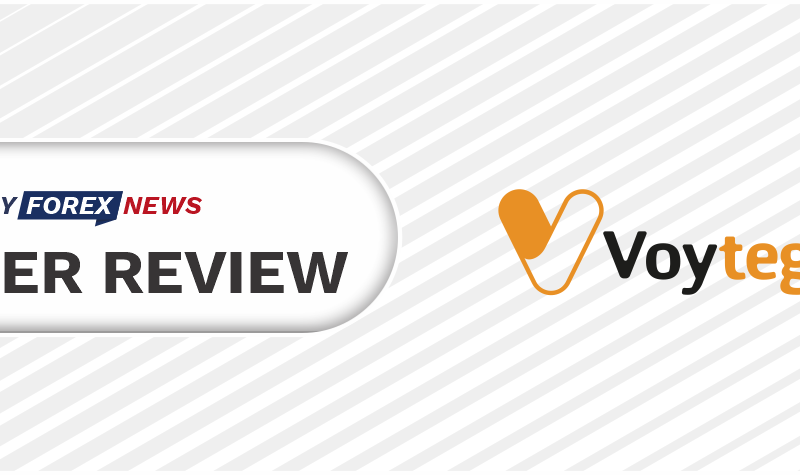 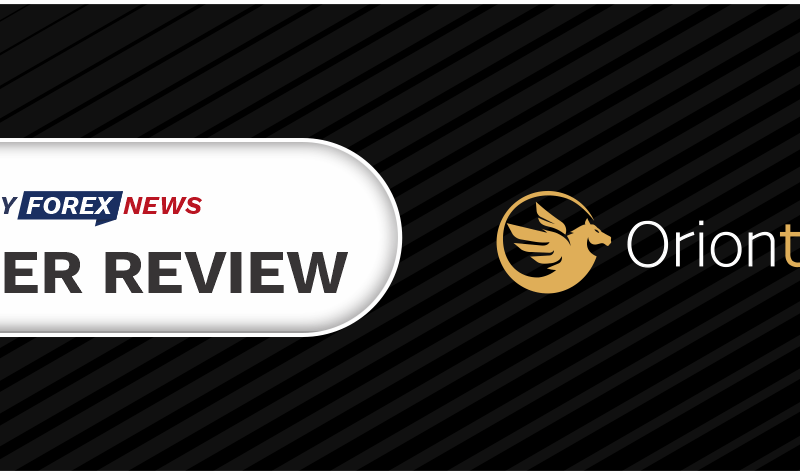 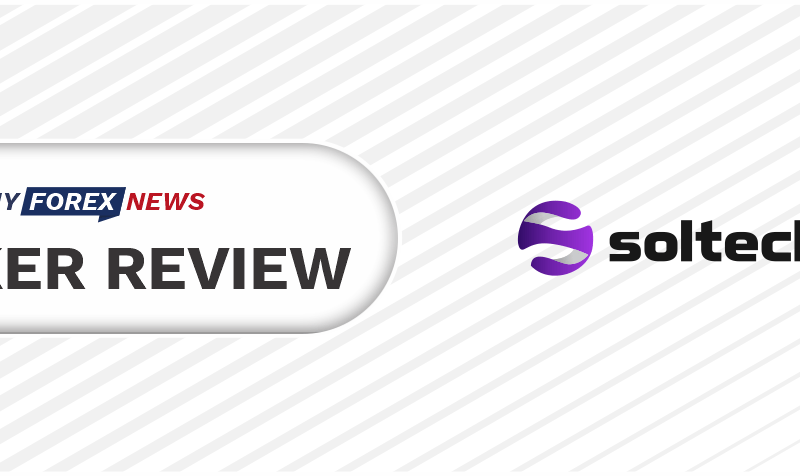 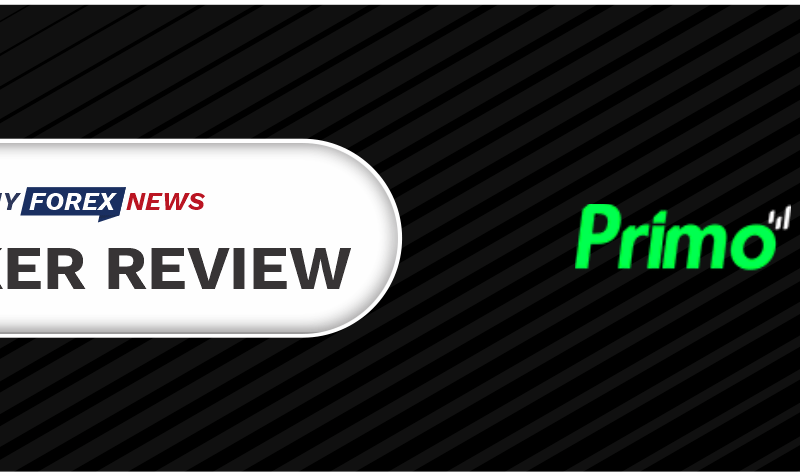 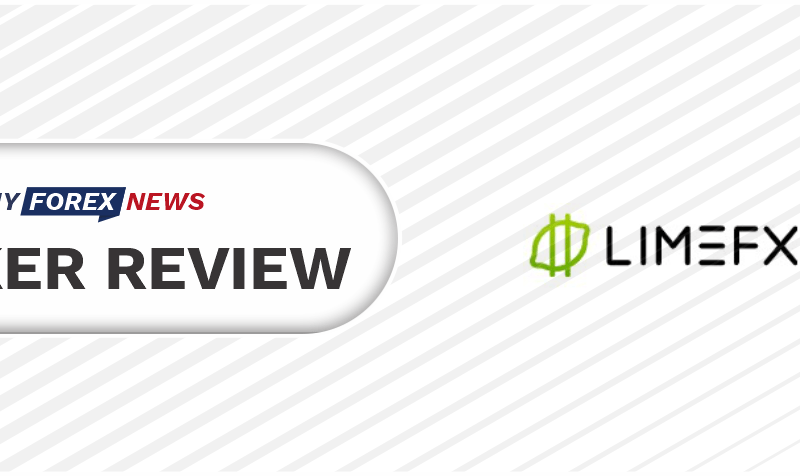 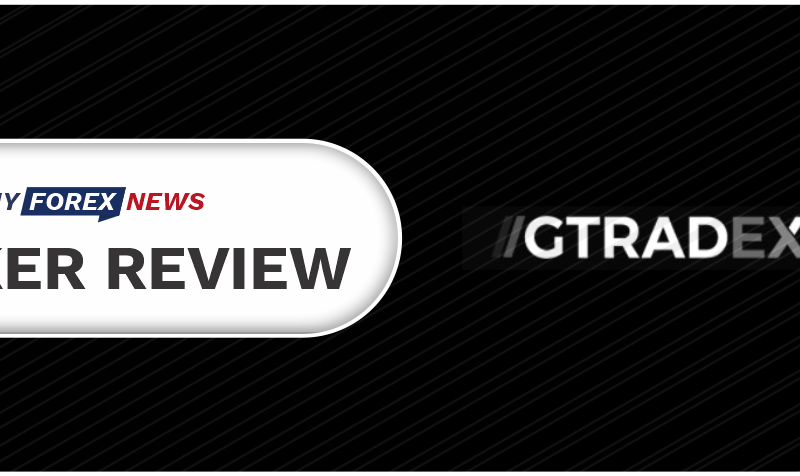 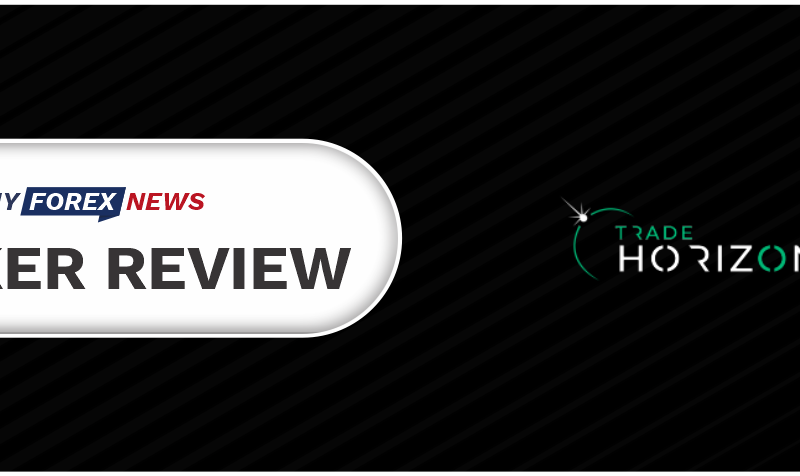 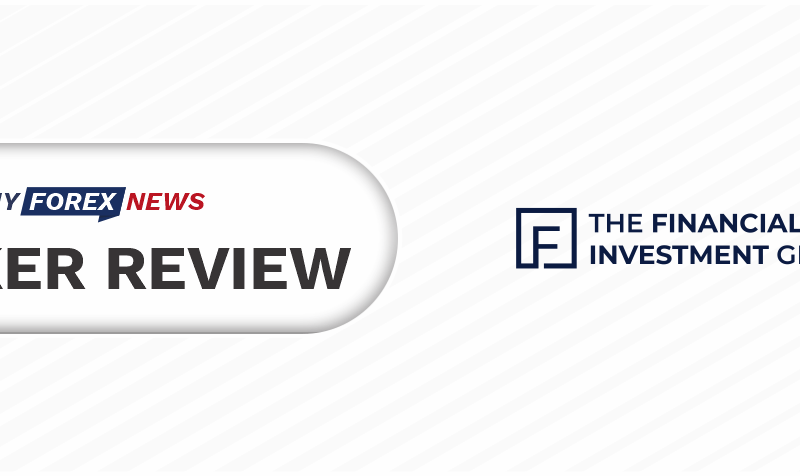