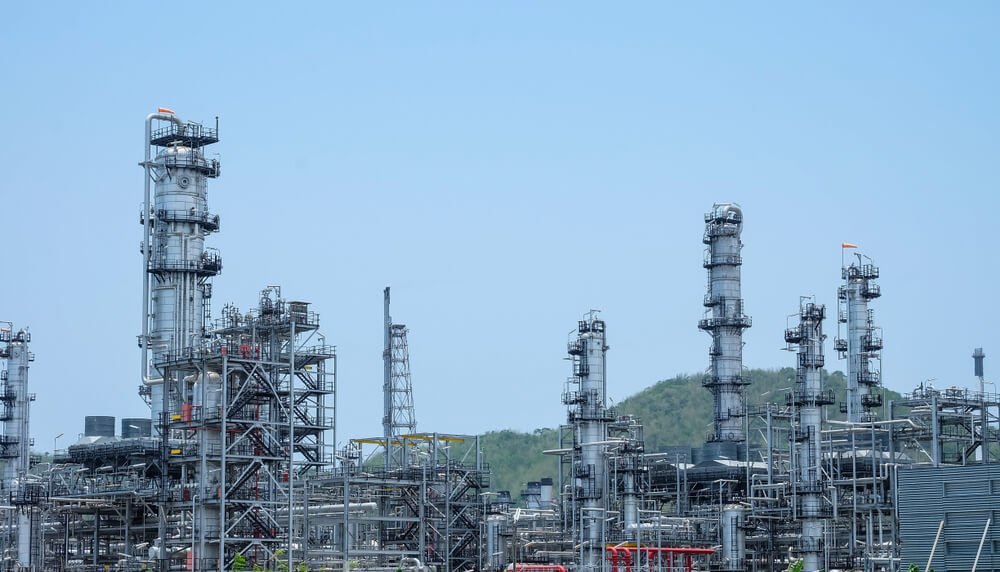 Oil futures soared to monthly highs as oilers evacuated oil rigs in the Gulf of Mexico in preparation for a brewing storm. Meanwhile, tensions in the region became more pronounced after an incident with a British tanker.

US oil producer cut crude output from the Gulf of Mexico, nearly a third of its usual amount, as they brace for an impending storm.

The storm could be one of the first huge storms of the Atlantic hurricane season.

A US regulator said that 15 production platforms and four rigs were evacuated in the north central Gulf of Mexico. Oil firms moved their workers to safety before the storm.

By Friday, the storm could already be hurricane.

According to reports, the Guards asked the British tankers to stop in Iranian waters close by. According to a US defense official, the Guards then withdrew after a British warship radioed them a warning.

Further reports said that a US aircraft was overhead and recorded footage of the episode. The BP-operated British tanker managed to haul some 1 million barrels of oil.

The Revolutionary Guards said there had been no confrontation in the past 24 hours. According to one Iranian new source, “If it receives an order to seize foreign ships, naval forces can act fast, with determination, and without hesitation within the geographic scope of its mission.”

The British Overseas Territory has six vessels that operate in the Persian Gulf, while five others are operating under the British flag. Combined, their transport capacity is almost 9 million barrels of crude.

Tensions have been high in the Middle East after attacks on tankers. Even before that, Iran has been in locked horns with the US after the reported downing of a US drone.

That one came after US President Donald Trump’s unilateral withdrawal from a multi-party agreement with Iran over its nuclear program.

Iran has also started enriching uranium beyond the cap set in a landmark 2015 nuclear accord with world powers.

This is putting pressure of European nations who want to stay with the deal, which has been dropped by the Trump administration.

From Tehran’s point of view, Europe has the ability to continue the deal. Leaders from the country demand Europe to meet its commitments.

“You’re saying that our compliance to the nuclear deal has gone from 100 percent to 10 percent. Well why don’t you start complying by 98 percent. Because right now you compliance isn’t even 10 percent,” tweeted Iranian President Hassan Rouhani.

Other countries, meanwhile, are trying to calm tensions between Tehran and Washington. According to European diplomats, strategies could be adopted to defuse the tensions.

One of those is the so-called “freeze-for-freeze” method in which Iran would stop ramping up nuclear activity and the US would hold sanctions at current levels as the dialogues continue.