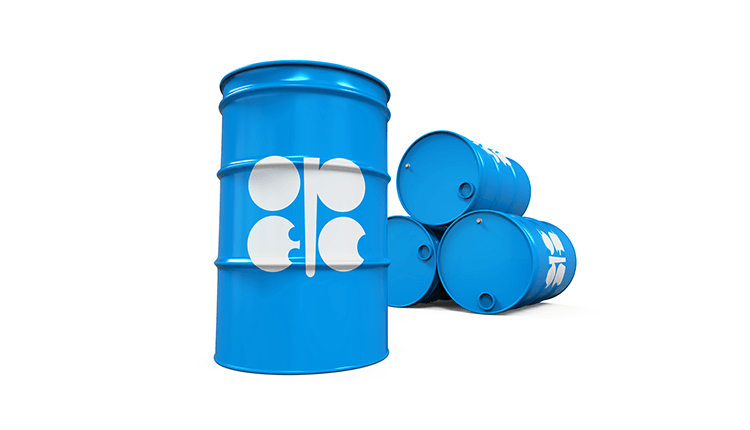 Oil prices revived amid China’s better-than-expected PMI data. Also, expectations that the OPEC+ may expand output cuts at their meeting later this week.

China’s official PMI came in at 50.2, it showed expansion for the first time in seven months and implying a rise in fuel demand. Earlier this morning, the private Caixin/Markit PMI came in at 51.8, higher than 51.7 in October, and the expected 51.4.

Shareholders are paying close attention to the OPEC’s December 5 and 6 meeting. Investors are expecting the OPEC+ to agree to deepen the oil production cuts by 400,000 bpd to 1.6 million bpd and to extend the cuts to June 2020. The OPEC’s current supply cuts of 1.2 million bpd started in January and will end in March 2020.

In November, oil prices increased on expectations of the two countries reaching a trade agreement by the end of 2019. This latest progress of fresh trade tensions may influence oil prices next year, along with a new supply that could make a glut, according to the Reuters poll.

Oil prices increased by more than 1% as signs of increasing manufacturing activity in China pointed to rising fuel demand. Also, there are hints that OPEC might deepen output cuts at its meeting this week, which indicates supply might tighten next year.

WTI futures settled 5.1% lower amid decreased volumes because of last week’s Thanksgiving Day while Brent dropped 4.4%. Prices dive on concerns that trade talks between U.S. and China would be interrupted by U.S. support for protesters in HK.

Contrarily, oil increased after factory activity in November in China rose for the first time in seven months because of surging domestic demand.

OPEC and allies, including Russia, are expected to extend existing output cuts to June 2020 at their meeting on Dec. 5 and 6.

The OPEC+ coordinated production for three years to measure the market and support the prices. Their current agreement to cut supply by 1.2 million barrels per day that began from January ends at the end of March 2020.

OPEC’s minister will meet in Vienna on Dec. 5, and the wider OPEC+ group will have their meeting on Dec. 6 to decide on the current deal.

AxiTrader said all eyes are on OPEC this week because of the meeting.

Oil increased in November partly on expectation the U.S. and China reaching the first trade deal by the end of the year. The deal would help restore global economic growth and future crude demand.

Beijing’s top priority in any first trade deal is the removal of existing U.S. tariffs on Chinese products. Also, China’s Global Times newspaper reported on Sunday, a position the United States is unlikely to agree.