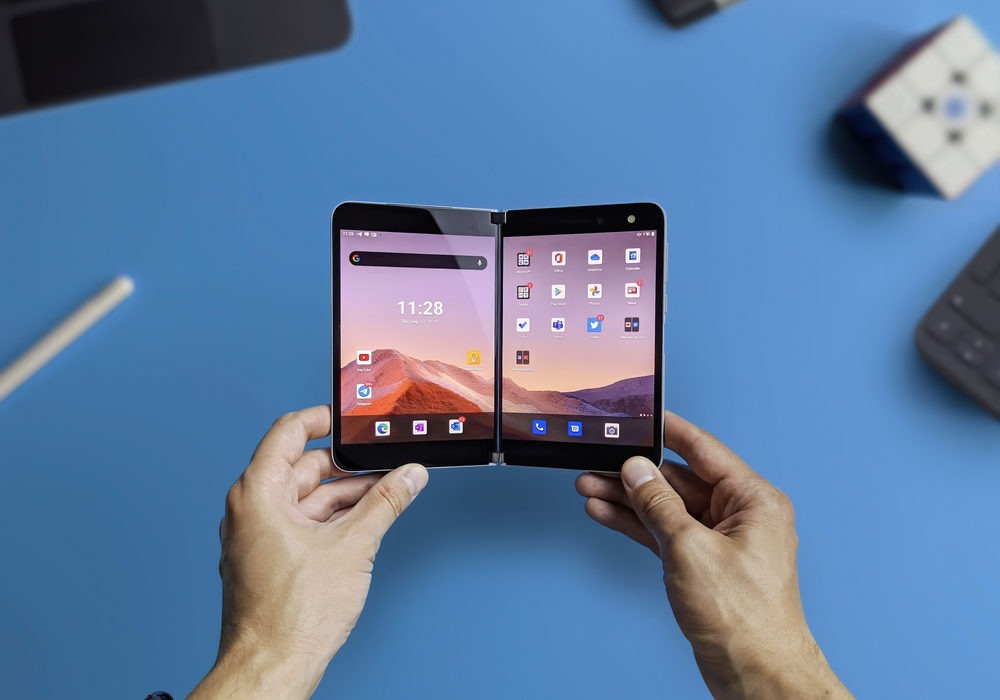 Microsoft is famous for its operating system, but its empire includes various businesses. It launched its second folding phone called Surface Duo 2. The company founded by Bill Gates does not make a lot of money off of hardware, and it has a poor track record with phones.

The Windows Mobile operating system developed by Microsoft was popular before the iPhone launched in 2007. Its hardware has never caught on with customers the way iPhones or Samsung phones have. Microsoft’s Surface Duo 2 probably won’t change the narrative, since its design and price will only attract a niche audience.

However, the company’s new phone offers something unique that you don’t get with any other phone on the market. Surface Duo 2 has two screens that can run different apps side by side. Microsoft thinks people can be more productive with the Surface Duo 2.

Microsoft’s Surface Duo 2 is like a shiny glass Moleskine notebook with chrome accents. Surface Duo 2 opens up to reveal two large 5.8-inch screens that, used together, offer an impressive 8.3 inches of space to run two apps by side or to span a single app, like Outlook, across both screens.

Microsoft worked hard to address all issues. It addressed nearly all of the hardware complaints last year. Its first folding phone Surface Duo lacked a lot of features of competing high-end devices. The new phone has the same Qualcomm chip as other top Android phones, instead of a slightly older one. It also has the ability to support faster 5G cellular networks. Surface Duo 2 also comes with NFC support, so people can use it for mobile payments.

Surface Duo’s first-generation launched with terrible buggy software. Microsoft’s first folding phone was slow to open apps, the screens wouldn’t respond if users tried to flip it back into the single-screen mode. Its camera also didn’t always work the way it was supposed to. The company addressed a lot of those bugs. Its new phone feels fast and apps open the way customers expect them to.

The tech giant also added stereo speakers, which were missing last year. Surface Duo 2 sounds like the audio is coming from both sides of the phone, instead of just one side. As in the case of Samsung Galaxy Z Fold 3, Surface Duo 2 supports pen input. Overall, the Surface Duo 2 is way better than its predecessor. Undoubtedly, it is not a mass-market phone for most people. It is a great phone for people who are looking for something more unique than a regular phone.