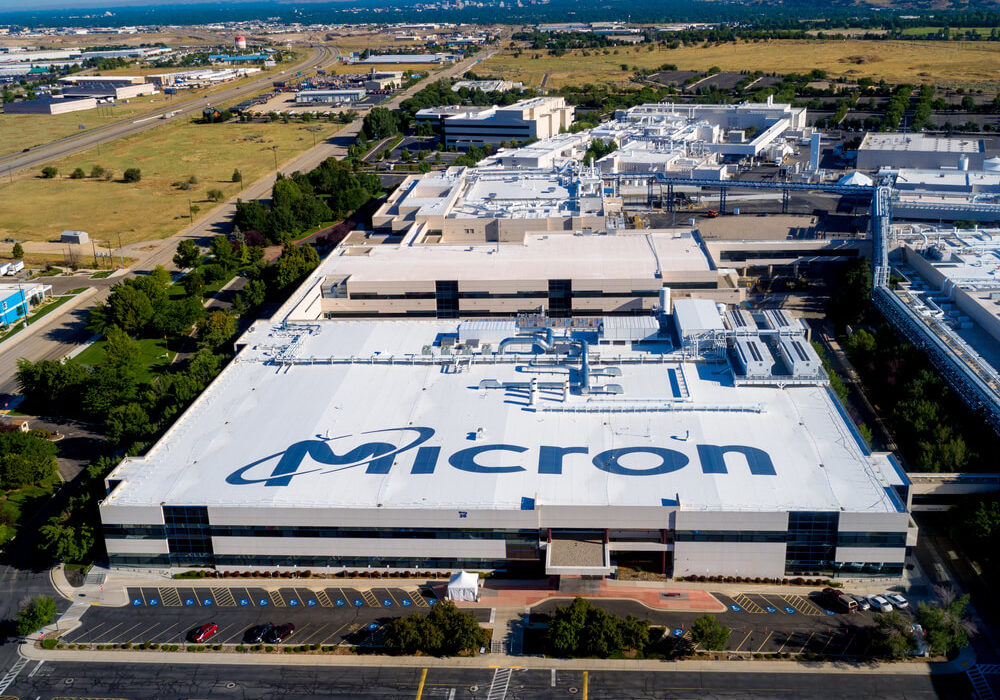 On Thursday, the stocks of Micron Technology Inc. skidded after it reported stronger than expected fourth-quarter fiscal 2021.

Moreover, it currently stands with a market capitalization of $82.29 billion and $1.13 billion shares outstanding.

In addition, its revenue hiked to $8.27 billion from the third-quarter data of $7.42 billion.

Subsequently, sales of dynamic random access memory (DRAM) products contributed 70.00% to Micron’s revenue. Then, the remaining 30.00% is from the sales of NAND products.

Despite the overwhelming previous fiscal report, the company’s guidance for the next fiscal Q1 fell. This is due to the firm’s negative sentiment on the semiconductor industry.

Remarkably, the estimated revenue weakened to $7.65 billion from the analysts’ expectation of $8.57 billion.

Additionally, the semiconductor manufacturer anticipated $2.10 adjusted earnings per share, which is way below the consensus mark of $2.70.

In line with this, the business warned that product shipments would wane on FQ1.

Beforehand, experts already estimated a decline in the prices of DRAM products in the fourth quarter due to high inventory levels.

Also, Micron CEO Sanjay Mehrotra highlighted the shortage in other PC components, which plagued the memory chip demand from its customers.

On a positive note, it is confident that the demand could spark again by next year when the supply-chain bottlenecks ease.

Along with the decline of Micron, other semiconductor producers fell due to the global chip shortage.