Sign in
Home News Forex Lira in a 15% crash, Erdogan defends his policies

Lira in a 15% crash, Erdogan defends his policies 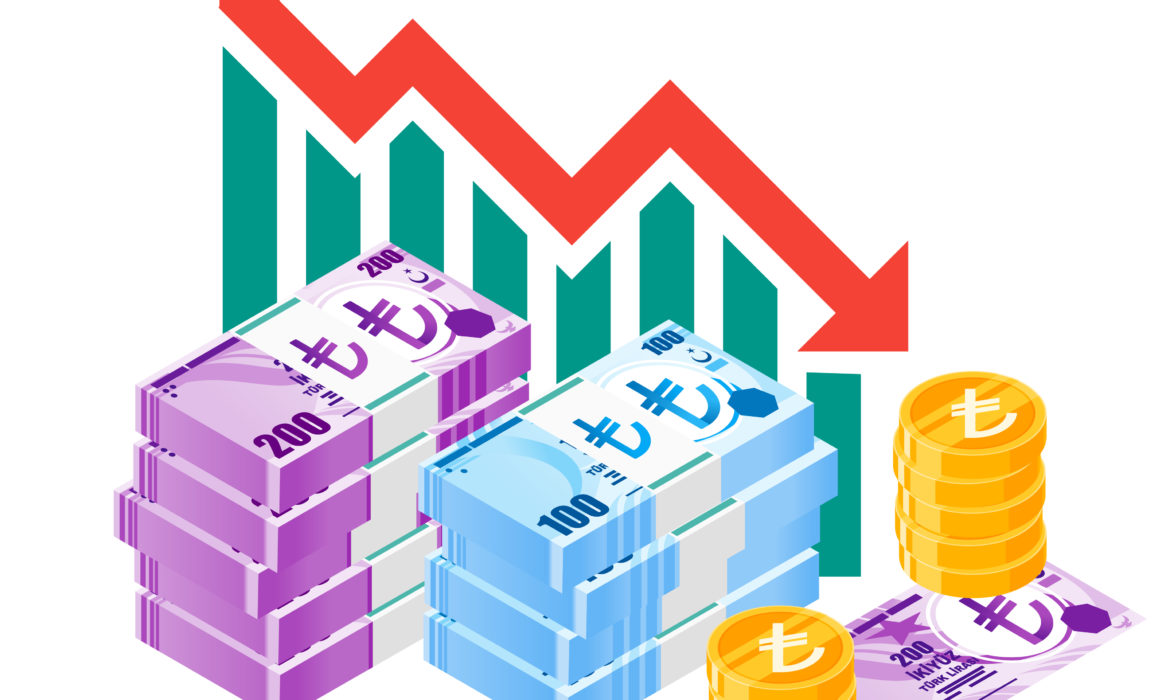 Despite widespread criticism and requests to change direction, Turkey’s currency plunged more than 15% on Tuesday as President Tayyip Erdogan defended previous rate cuts and pledged to win his “economic battle of independence.”

The lira fell as low as 13.45 per dollar. It reached a new low for the 11th straight session. Afterward it recovered some of its losses to settle 10.2 percent down at 12.7015. This year, it has lost 42 percent of its value. It had a drop of more than 22 percent since the beginning of the week.

Erdogan has pressured the central bank to switch to an aggressive easing cycle to increase exports, investment, and employment, even though inflation is nearing 20%. The currency depreciation is accelerating, decreasing Turks’ wages.

Many experts have criticized the rate reduction, while opposition lawmakers have demanded early elections. Turkish citizens have expressed their dissatisfaction with the currency depreciation. They claimed that it has thrown their household finances and plans into confusion.

After Erdogan and central bank Governor Sahap Kavcioglu met, the central bank published a statement saying the pullback was “unrealistic and entirely disconnected” from economic realities. There was no indication that an intervention would be made to stop the crisis. The central bank said it could only do so amid “extreme volatility” under specified conditions.

Semih Tumen, Erdogan’s former bank deputy governor who was fired last month in the latest round of Erdogan’s quick leadership change, urged for an urgent return to measures that defend the lira’s value.

On Tuesday, the lira’s drop was the worst since the currency crisis in 2018. It triggered a harsh recession and three years of weak economic development and double-digit inflation.

Since September, the central bank has cut rates by a total of 400 basis points, putting real yields in negative territory as practically all other central banks have begun or are about to tighten in response to increasing inflation. This year, the lira has been the world’s worst-performing currency, owing largely to Erdogan’s premature economic “experiment,” which some analysts have dubbed “premature.” Erdogan has controlled Turkey for nearly two decades. On Tuesday, the lira fell to a new record low of 14.4225 against the euro as Turks bought hard assets.

For the first time since 2018, the 10-year benchmark bond yield surpassed 21%. According to Tradeweb statistics, sovereign dollar bonds fell sharply, with several longer-dated issues losing more than 2 cents. Due to rising living costs, Erdogan’s AK Party is losing ground in opinion surveys ahead of elections expected for mid-2023.