Sign in
Home News Economy Why Is Putin Insisting on Paying for Russian Gas in Rubles?

Why Is Putin Insisting on Paying for Russian Gas in Rubles? 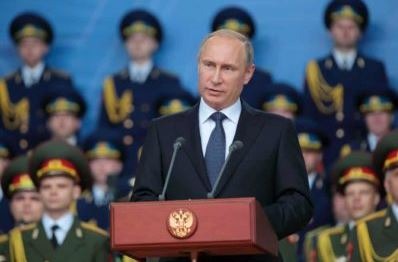 Vladimir Putin has set a March 31 deadline for payment in rubles for Russian gas sold to “unfriendly” countries.

It’s unclear whether he intends to rip up current contracts that set the price in euros or dollars. Still, Germany relies on Russia for 40% of its gas supply; it isn’t taking any risks, warning major industrial gas users that a standoff is likely, with rationing being one option.

We investigate why ruble payment for Russian exports has become such a huge problem for the Kremlin and whether Putin may expand the plan to cover oil, grain, fertilizers, coal, metals, and other critical commodities. The ruble’s value plummeted in the aftermath of the Russian invasion. As the tanks moved into Ukraine’s borders, it plummeted from around 85 to 110 to the euro. It traded at 94.1 to the euro until the Russian central bank intervened.

The ruble was trading at such low prices; hence, Russian exports would bring in less money to subsidize state services and pay for the war than had been anticipated. A stronger ruble brings in more money and shows that trade nations are willing to pay for Russian products in Russian currency. A greater pool of rubles, fueled by international demand for Russian commodities, would allow Moscow to threaten the dollar’s domination of global money markets. However, it’s unclear why China would back such a proposal.

Some commentators have argued that as sanctions tighten, dollars and euros will become less valuable to Moscow. Russia, for example, is proposing to pay the interest on its euro-denominated obligations in rubles; this is because it lacks access to dollars and euros through international exchanges. The nations on Russia’s “unfriendly” list correspond to those that have imposed sanctions. A government body must authorize deals with certain nations’ firms and persons.