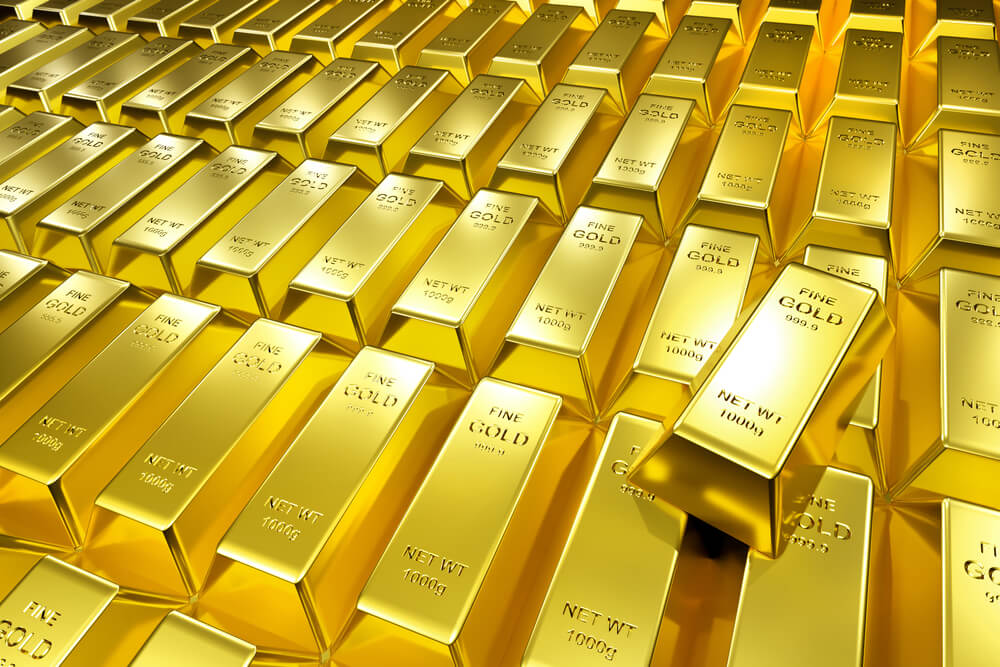 On Friday, August 13, gold climbed as the US dollar fell. However, the yellow metal is set towards its second weekly fall.

Also, investors are now eyeing the U.S. Federal Reserve’s decision regarding asset tapering and bond-buying which can affect gold prices.

However, the yellow metal is at the bottom so far this week with a decline of 0.50%.

Based on the most active contract, gold is set to decline an estimate of 0.20% next week.

Furthermore, the gold trade came against the scene of equity buying.

This took the Dow Jones Industrial Average and the S&P 500 to a series of record highs which impaired the safe-haven metal.

An analyst stated that gold was trapped in a crossfire even though the current policy measures of the Fed should support the prices.

He added that the relative strength of the greenback is pulling the gold downward.

While the rallying stock markets, which gives a haven demand for gold, are weaker compared to last year.

Moreover, the US dollar, which moves inversely proportional to gold, plummeted but stayed near its four-month high earlier this week.

In recent weeks, the uncertain strength of the world’s economic rebound due to the surge of the COVID-19 delta variant has beaten the gold.

Additionally, there are discussions on the market regarding the Federal Reserve’s tapering on its monetary policy later 2022 or early 2021.

Fed’s Next Move that Could Affect Gold

Furthermore, several central bank policymakers expressed their thoughts throughout this week regarding the Fed’s policy timetable.

On Thursday, the price producer index came at a 1% month-on-month growth in July.

However, the consumer price index released last Wednesday showed that the inflation rate is rising. Nonetheless, it came at a lower than expected 0.30% figures.

This boosted investor’s hopes that the central bank would not start to taper its assets nor hike its interest rate sooner.