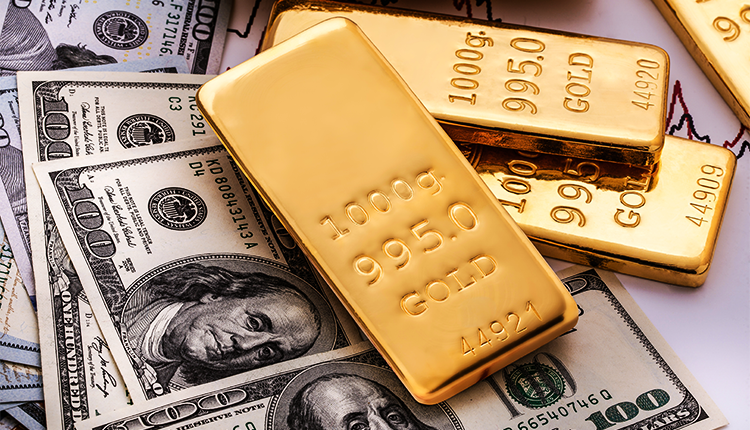 On Thursday, gold prices inched lower as optimism about a preliminary trade deal between the United States and China boosted appetite. But worries regarding tariffs and unresolved core issues remained.

U.S. President Donald Trump and Chinese Vice Premier Liu He finally signed the long-awaited Phase-One trade agreement on Wednesday. As a result, it defuses an 18-month long row that has roiled global markets. Also, news in mid-December about a deal would be forthcoming has ignited a strong rally in riskier assets.

Kedia Advisory director Ajay Kedia stated, “We are seeing a slight pullback in gold prices as markets are relieved that a first phase of the trade deal is signed.”

Moreover, world stocks scaling record levels as investors buoyed the trade deal weigh on gold prices. Still, some analysts believe that the agreement failed to address structural economic issues that led to conflict, and it did not eliminate all the tariffs that have slowed the global economy. Also, the deal did not set hard-to-achieve purchase targets.

Market analyst Margaret Yang explained, “Some people are disappointed because Trump didn’t gain much from the deal, compared to the huge uncertainty that he imposed on the U.S. economy, farmers, and workers.”

In addition to that, bullion has been a safe asset in times of political and economic uncertainty. And it boosted 18% the previous year on the back of the tariff war and its effect on the global economy.

Market strategist Stephen Innes noted, “No question the detente is favorable for risk.”

However, Innes indicated that the deal would not change the Federal Reserve’s outlook. And instead, it might push Chair Jerome Powell to cut rates.

Meanwhile, soybean prices dropped by Rs 34 to Rs 4,202 per quintal in the futures market on Thursday. At the same time, traders are reducing their positions amid weak cues from physical markets.

Based on the National Commodity and Derivatives Exchange, soybean contracts for January delivery fell by Rs 34 or 0.80 percent. It is currently trading at Rs 4,202 per quintal with an open interest of 9,490 lots.

According to some market men, the decline was mainly because of the deduction of exposure by participants.

Then, refined soya oil prices slipped by Rs 14 to Rs 894 per 10 kg in futures trade on Thursday. And this happened as speculators cut holdings amid subdues demand at the spot market.

Aside from that, mustard seed prices declined by Rs 35 to Rs 4,332 per quintal in futures trade on Thursday. Prior to that, speculators reduced their positions on subdued demand.