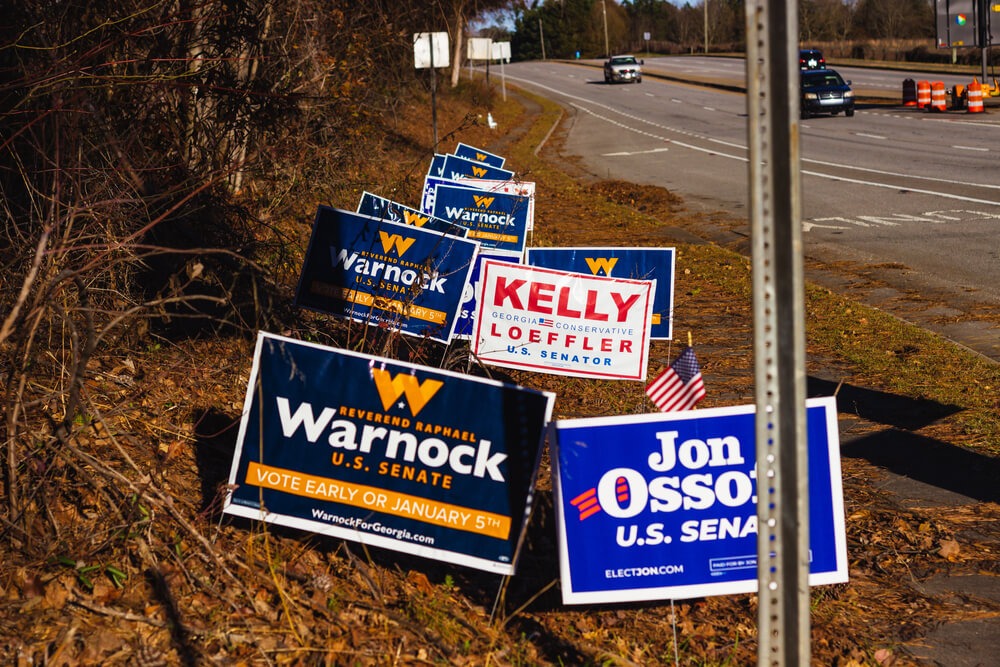 The Democratic Party is set to recoup control of the Senate after six years of Republican majorities. Networks in U.S. television and election prediction services said Raphael Warnock had defeated the GOP incumbent Kelly Loeffler. In the other runoff that was held on Tuesday, Jon Ossoff was on course to unseat David Perdue.

The results, if confirmed, will give a Senate that is split 50-50. This will enable Vice President-elect Kamala Harris to exercise a casting vote.

That would mean that incoming President Joe Biden will find it easier to get his cabinet picks confirmed. Moreover, his fiscal policy plans to be more easily approved.

Global stocks reaction to the news out of Georgia was in mixed fashion. The European and Chinese stocks rose in anticipation of a less confrontational trade policy. It also expects a more expansive fiscal policy from the next administration.

As investors weighed those considerations against fears of higher taxes and tighter corporate regulation, U.S. stock futures were mixed. This is especially of the technology sector.

S&P 500 futures dipped 0.4% while Dow Jones futures were up 0.2%. Thus, reflecting the higher concentration of cyclical and financial stocks that can be expected to benefit from bigger stimulus spending.

The yield on the U.S. 10-year Treasury bond rose above 1% for the first time since the pandemic started.

Meanwhile, the data calendar for Wednesday is headed up by payroll processor ADP’s hiring numbers for December.

Net hiring by the private sector is expected to have slowed to only 88,000 through the middle of December.

This is, by far, the weakest since a catastrophic April last year due to the pandemic. The rapid spread of the Covid-19 virus led most states and cities to tighten restrictions on businesses and social gatherings.

The trend was also evident in European business surveys released overnight. From an original estimate of 49.8, the composite Eurozone Purchasing Managers’ Index was being revised down to 49.1. It was due to a sharp weakening in services.

At 2 PM ET, the Federal Reserve will also release the minutes of its last policy meeting at 2 PM ET.