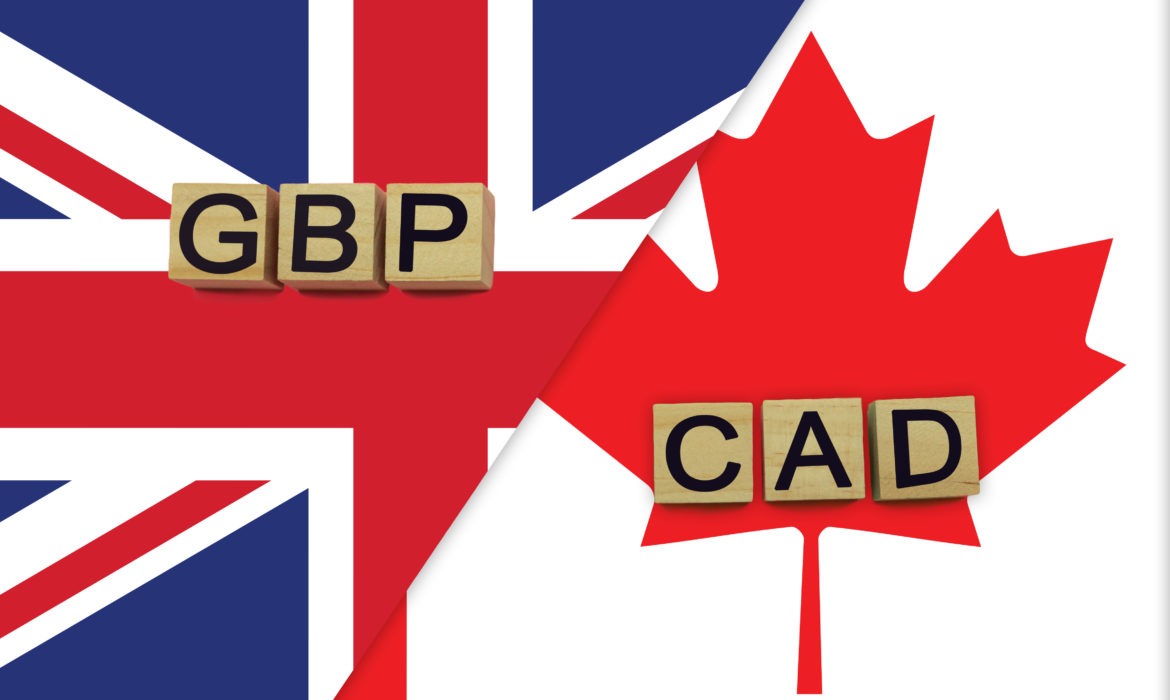 The Pound to Canadian Dollar (GBP/CAD) exchange rate has stayed under pressure Thursday, after the latest Bank of Canada (BoC) policy rate decision for April.

The GBP/CAD pairing was trading at around CA$1.7324 as a lack of notable data kept Sterling down.

The Pound remained weak against the Canadian Dollar as a lack of notable data cannot do much to support the currency.

Investors are concerned about the prospect of a third wave of coronavirus affecting the UK in the summer months. This came as the economy had hoped to be fully opened.

The lockdown easing plan may need to be adjusted, said Professor Adam Finn, a member of the Joint Committee on Vaccination and Immunisation (JCVI).

He said, he thinks that if they do start to see significant rises in cases in some parts of the country, they may need to adjust back those dates. This is in order to avoid the situation coming into effect, he said. It’s a bit hard to be definite about this because by definition, it’s uncertain, Finn added.

The Public Health England reported Thursday that Covid-19 cases have fallen in nearly all areas across England. In the South West, however, they remain largely the same.

The CAD: Supported by Boc Comments

For much of the day,  the CAD has been supported against the Pound after more positive comments from the BoC yesterday.

The central bank was more confident in its tone regarding Canada’s economic recovery from the COVID-19 pandemic. This helped to bolster its currency.

The BOC looks set to raise interest rates soon. In turn, this has helped CAD exchange rates gain significantly against many of its major rivals.

Meanwhile, Canada’s coronavirus situation is concerning, with a report from Ontario on Wednesday about a further 4,212 new cases of COVID-19.  Its intensive care units remain under pressure.

Heading into the weekend, the release of the latest flash PMI data and UK consumer confidence could also drive movement in the Sterling.

For Canadian Dollar traders, the latest wholesale sales data is due to be released tomorrow. CAD could lose its traction as another monthly contraction is expected.