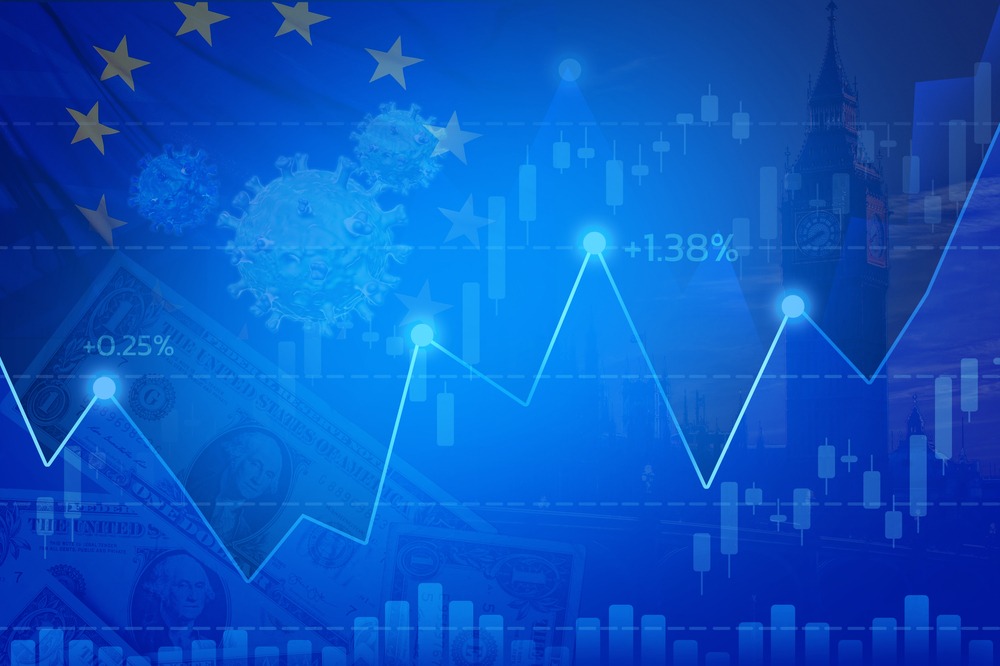 European stocks bounced back on Wednesday following a sharp selloff in the previous session. Gains in the commodity and banking sectors uplifted the EU stocks. At the same time, hopes about a strong earnings season and a fast economic recovery dominated the markets.

Business activity in the Euro zone sped up in the last month. A survey showed the bloc’s dominant services industry shrugged off renewed lockdowns and returned to growth.

Unicredit analysts said in a note that yesterday’s sell-off in equities is a reminder that valuations in markets are tight. The earnings season continued to be supportive of risk appetite, the analysts pointed out.

European earnings in Q1 are now expected to surge 83.1%, according to data. This was up from last week’s forecast of 71.3% growth.

Carmaker Stellantis rallied 2.7% after it reported better-than-expected quarterly revenue. It warned, however, that a global shortage of semiconductors would affect production this quarter more heavily.

Big UK miners rose about 3% each, including Rio Tinto, BHP Group, and Anglo American. Copper prices advanced past a key psychological level of $10,000 a tonne. They were fuelled by  optimism about a speedy recovery in the global economy.

European tech stocks edged up 1.8% after dropping 3.7% in the previous session.

On Wall Street, the tech-heavy Nasdaq tumbled on Tuesday with investors pulling out of Apple and Amazon amid concerns over rising interest rates. In addition to this was uncertainty over an upcoming jobs report.

On raising its operating profit forecast for 2021, German logistics company Deutsche Post was up 2.6%.

Maersk was up 3.4% after the Danish shipping company said it was expecting an exceptionally strong performance in Q1 to continue for the rest of the year.

Auto stocks rose only 0.3% lagging their cyclical counterparts. Daimler slipped after Japan’s Nissan Motor said it was selling its roughly 1.5% stake to the German carmaker.