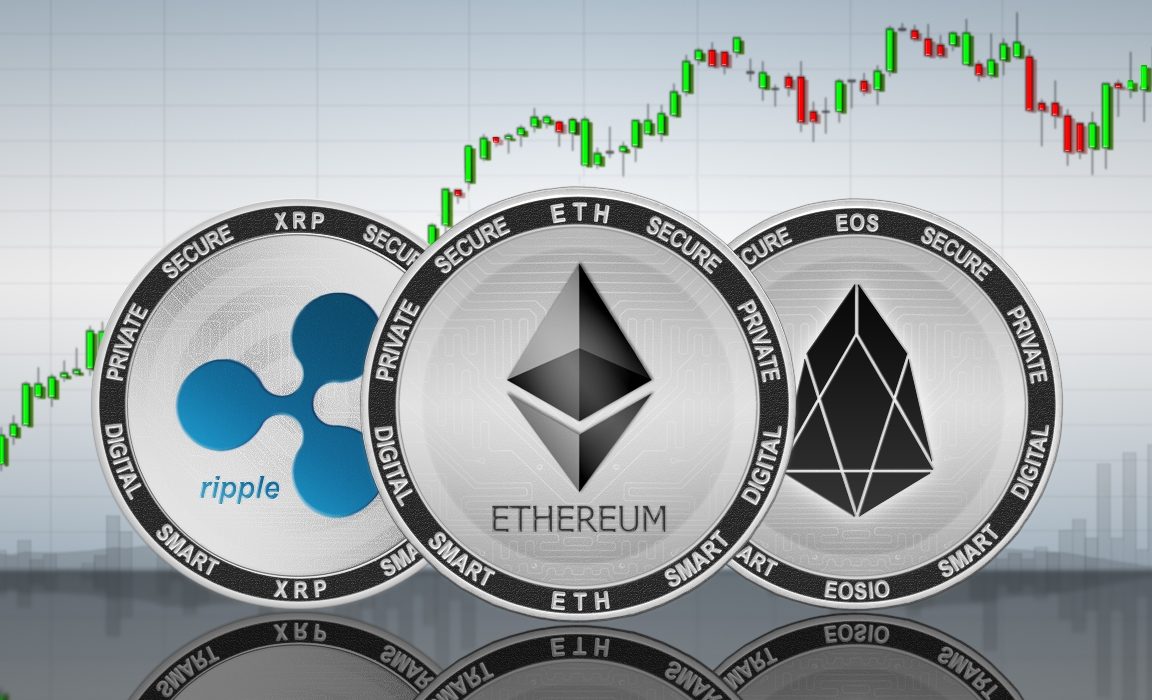 The crypto market has been volatile during the last weeks, experiencing lots of ups and downs.

Most of the major cryptos collapsed until rising moderately at the end of Friday’s session.

Ethereum dropped down by 7.81% on Sunday. The crypto ended the week down by 0.74% at $122.42. However, it managed to rise to a mid-morning intraday high $137.38 due to a relatively bullish start on Monday until hitting reverse soon.

Even though the crypto fluctuated all day, it finished the session up by 0.62% to $123.18. But Ethtreum left the major support and resistance levels untested.

What about Ripple’s XRP and EOS?

Ripple’s XRP started Monday morning with a bullish trade along Ethereum and EOS. Before reversing the course, the crypto hit a mid-morning intraday high at $0.16200.