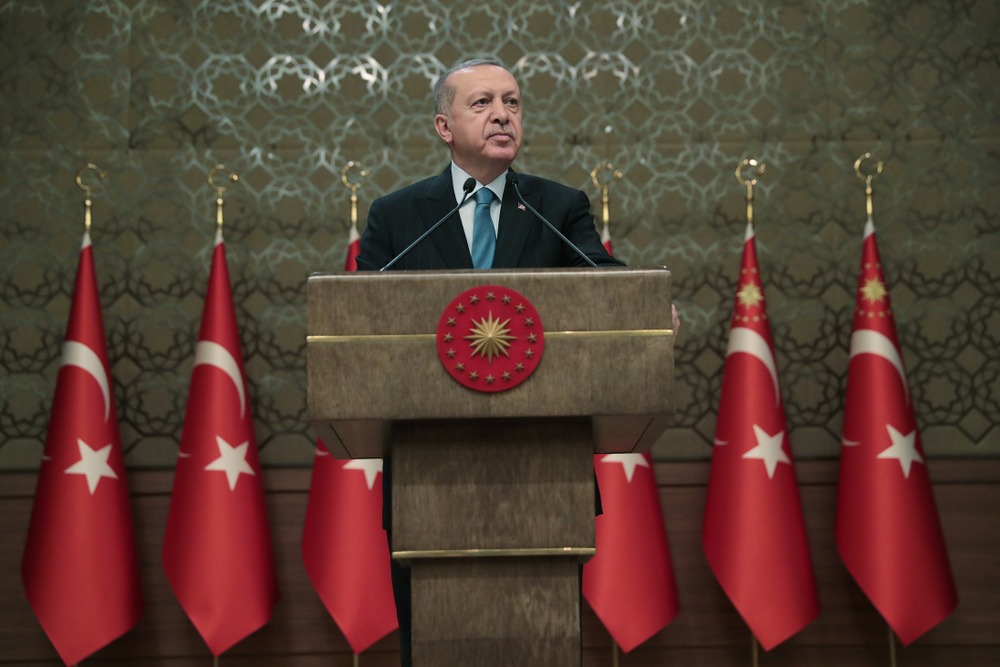 President Recep Tayyip Erdogan said the Turkish government is determined to bring down interest rates. Moreover, it will pull inflation down to single digits. The president seemed more eager than his new central banker to reduce borrowing costs.

Erdogan also said he intends to speed up his controversial plan to dig a strait. That is to bisect Istanbul to bypass the busy Bosphorus Strait linking the Black and Marmara seas.

He said they plan to bring the recently accelerated inflation down to single digits. On Wednesday, he addressed lawmakers of the ruling AK Party in Ankara. They intend to reduce interest rates to single digits, he said.

The president also added that the lira’s recent depreciation has no economic basis.

Erdogan spoke a week before the central bank held its first rate-setting meeting under its new governor. The lira extended its decline, weakening 12% against the dollar since Naci Agbal was fired on March 20. Agbal, the former head of the monetary authority was replaced with Sahap Kavcioglu.

Kavcioglu was previously an AK Party lawmaker who has repeatedly said he won’t rush to cut the benchmark rate from its current 19%.

In a speech to lawmakers, Erdogan said, God willing, by bringing interest rates down to single digits, they will also lessen their burden on the budget.

His shock decision on March 20 to replace a hawkish central bank governor set off a volatile lira sell-off. The move has put more upward pressure on inflation going over 16% last month.

The multibillion-dollar Canal Istanbul project was first announced a decade ago. Recently, more than 100 retired admirals whom he’s accused of trying to incite a coup against him expressed concern. The project thus became a prominent issue over the past week.

They show concern that the huge project will impact a 1936 treaty that governs the Bosphorus. The aim of this treaty was to ensure stability in the Black Sea region.

They’ve completed preparations for Canal Istanbul to a great extent, Erdogan said. According to him, this will create a new city of half a million people. He adds that they will soon announce the tender and will break ground in the summer.

After his comments, state-run REIT Emlak Konut shares rose as much as 4.7%. Akcansa Cimento AS edged up as much as 9.9%. It is a partnership between HeidelbergCement and Sabanci Holding.

Turkey won’t exit the treaty, Erdogan said but sees the Canal Istanbul as an alternative to it.