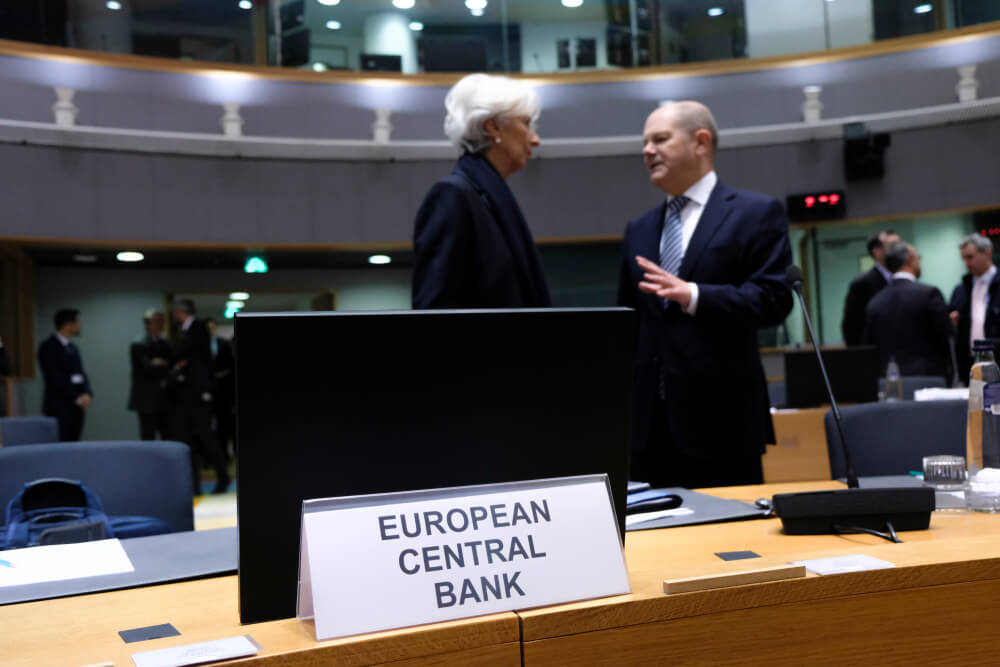 The ECB announced that its policymakers will set a new policy path due to COVID-19’s third-wave amid surging infections.

The ECB stated that it will let the inflation above 2% when interest rates fall on the 19 countries that are using the single currency.

An analyst commented that this change in plan was unanimously agreed upon. However, he added that the central bank will struggle to implement it.

The reason for this is that the ECB’s Governing Council who set interest rates did not agree on the eurozone’s economic outlook.

Based on its ongoing policy, ECB will buy bonds as long as it is necessary. It also aims to keep its interest rates at the current level until it will meet its inflation target.

The Governors of Portugal and Italy, which are indebted nations, argued that ECB’s new plan means to make a generous stream of stimulus for longer.

The former stated that ECB’s strategy takes in temporary and moderate inflation data over 2%.

He added that everyone must be calm with alterations that they previously would not support.

In addition, the latter said that any impulsive tightening must be dodged.

Also, he cited the COVID-19’s third-wave risk which caused lockdown reimplementation in some eurozone nations.

Meanwhile, ECB Chair Christine Lagarde did not give any specifics on how the new plan will change.

Even so, she emphasized the perseverance that policymakers need to exhibit.

An analyst commented that Lagarde’s statement suggests that she might side with the doves’ camp.

Last month, the inflation in the eurozone region slowed down following a steady climb in this year’s first months.

Meanwhile, the trade surplus in the area subsided in May due to the decrease in exports, based on confirmed data.

Eurostat, which is the EU’s statistical authority, stated that the consumer prices in the 19-country euro bloc climbed 1.90% last month. This is the first deceleration since September 2021.

In addition, this data is less than the 2.0% gain last May.

The core inflation gauge, where volatile unprocessed food and energy are excluded, was confirmed to be flat at 0.90% last month. This is lower than May’s 1.00%.

Later this year, ECB expects that inflation will increase, however, it is mainly due to global economic recovery from the pandemic.

Therefore, the central bank is not planning to tighten its monetary policy. Additionally, the cost of borrowing will remain low until the next preceding years.