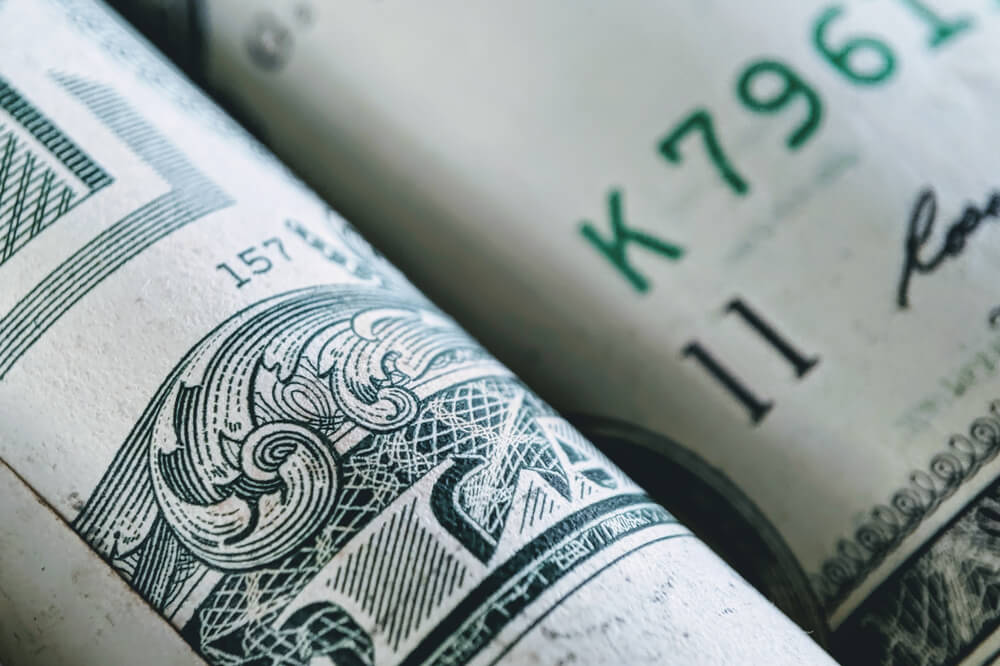 Dollar slips to a one-month low as the US stimulus package development raises anti-risk sentiments in the market.

Investors are fluctuating towards riskier assets demands with the looming monetary cushion, sending the greenback to edge.

The measure of the dollar’s performance against all other baskets of currency slipped by 0.3% after settling at 92.787.

This is the index’s lowest record so far in the month after prospects concerning the next trillion-worth stimulus bill moved to negative as the November election nears.

An announcement noting that President Trump is now ready to accept a larger amount of the aid before November 3 sent bulls to other assets.

This came following the negative feedback on polls, putting pressure in the leader’s bid towards reelection.

The hope for the smoother transition of the economic cushion came after Nancy Pelosi issued a 48-hour deadline to come into terms with US Treasury Secretary Steven Mnuchin should the Congress wants to pass the bill in no time.

Aside from the political maneuvering in Washington, investors are anticipating the Federal Reserve’s October Beige Book release. The book will give an insight into the country’s economic recovery, nine months into the pandemic.

The report will also provide a snapshot of the performance of businesses and communities. Along with the resurgence of infection cases across the United States.

The world’s leading economy still tops the charts in most cases and is further weighed down by the threat of a high mortality rate.

As the dollar sheds off some steam, the sterling pound gains ground, intensified by rising hopes for a Brexit deal.

The European Union’s chief negotiator, Michel Barnier, states that the party is now ready to take on the trickier part of the long-standing separation.

Similarly, the annual inflation report in the United Kingdom added support to the British pound.

Consumer prices mostly from higher transportation costs and restaurant prices hiked by 0.5% for September. This is higher than the modest 0.2% increase recorded the month prior.

Elsewhere in Asia, the USD/JPY pair tumbled by 0.3% at 105.23 after some intense selling pressure. It slipped below the 105 thresholds at one point in the trading session.

The renminbi followed its East Asian counterpart, slashing off 0.5% after steadying lower at 6.6411.