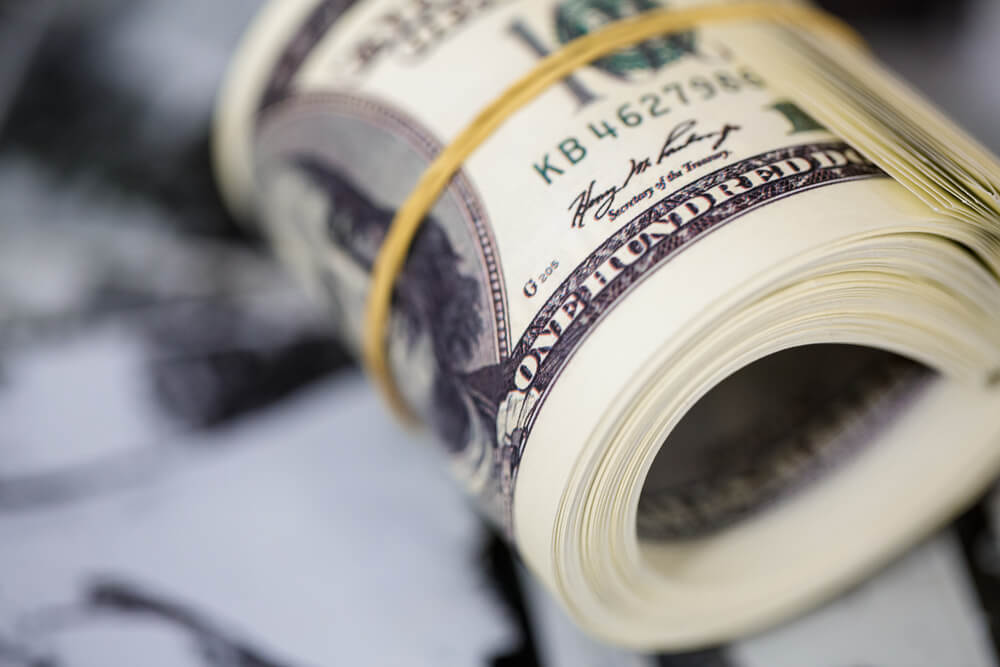 The dollar edged higher against other baskets of currencies on Monday, starting the week on the track.

Risk sentiments drive today’s gains from the lower-than-expected GDP gain by China and the on-going brawl between the UK and the European Union suggesting a no-deal Brexit.

However, the gain is capped shortly after House Speaker Nancy Pelosi’s asserted that a 48-hour deadline bounds her and US Treasury Department Steven Mnuchin. This would be the case, should both parties like to pass the second stimulus package before the November elections.

The development raised hopes among investors on the possibility that both parties could now work to reach concessions. The trillion-worth package could enter into force before US politics turn into a frenzy.

Such an announcement is bearish for the greenback and bullish for other assets.

Elsewhere, the dollar-renminbi pair edged traded higher after a 0.1%, settling at 6.7024 after China’s economy fell short of analyst growth forecast.

Actual GDP figures stood at a 4.9% hike, slightly away from the 5.2% projection.

Nevertheless, the country is the only major economy in the world that recorded a robust economic rebound amid the pandemic.

The world’s second-largest consumer market’s consumer spending is now back at the pre-pandemic level. This signifies the market’s growing trust back to consumerism now that Covid-19 cases in the country are back at deficient levels.

How the Pound Fared Amid No-Deal Separation

Elsewhere in the United Kingdom, GBP/USD remains volatile as Brexit woes continue to weigh on the market.

The pound opened the week with a 0.2% gain, currently trading at 1.2936 on the latest foreign exchange charts.

The sterling ended last week in the red. After falling along with the rising concerns on what might come out of the Brexit deal now that both parties are adamant about giving concessions.

The deadline for the transition period ends on December 31, 2020. If both parties fail to reach an agreement, trade between the former allies will be subject to World Trade Organization rules. They will be bound by costly tariffs and quotas.

Today, despite the fears, the GBP unprecedentedly gained, and overall trajectory will depend on the outcome of the fresh rounds of negotiations set within the week.