Oil prices faced an increase today. It has felt support because of China’s intentions to import a significant amount of US crude oil in August and September. The prospects of this purchase outweighed the concerns over a slowdown in oil demand recovery caused by the coronavirus pandemic and increase in supplies.

According to the Reuters report, Chinese state-owned oil companies booked tankers to ship at least 20 million barrels of US crude oil for August and September. 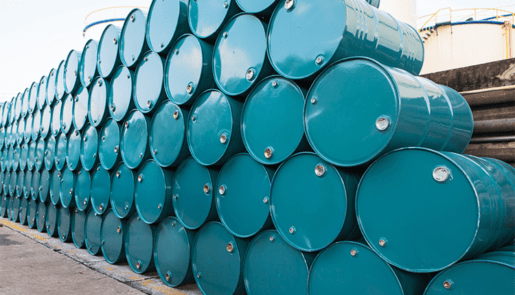 Record increases in commodity imports from the world’s top consumer of oil, coupled with the alleviation of coronavirus restrictions, have supported oil prices. However, new waves of coronavirus outbreaks in several countries are likely to cool consumption again.

According to the Australian and New Zealand Banking Group, it estimates that oil demand has increased by 8 million barrels per day to 88 million BPD. Still, it is 13 million BPD below the number on record for last year.

OPEC and its allies are holding a meeting this Wednesday

Investors are looking for more signs on future supply from an OPEC+ meeting this week. The meeting of the Organization of the Petroleum Exporting Countries and its allies has been postponed to August 19. This is a day later than what they planned earlier.

OPEC’s recent forecast for oil demand is lower than the previous forecast. The group has doubts about next year’s recovery. This potentially makes it harder for the group and its allies to support the oil market. According to OPEC’s forecast, the world crude oil demand will sink by about 9 million barrels per day in 2020. It is more than the estimates the group made a month ago.

The Joint Ministerial Monitoring Committee, JMMC, monitors OPEC+ production cuts and has an agreement earlier this year. Last month, the committee recommended that cuts would be eased from August 1 to about 7.7 million barrels per day from the initial reduction of 9.7 million barrels per day. The group has been curbing production since May, according to the agreement.

The JMMC is composed of three OPEC member Countries (Kuwait, Algeria, and Venezuela) and two non-OPEC countries (Russia and Oman).

The US oil rigs remain at record low numbers

Meanwhile, in the United States, the number of oil and natural gas rigs operating last week remained slumped at a record low for the 15th week running.

According to Baker Hughes data, the number of active oil rigs reached 172 compared to the 770 rigs this time last year. The coronavirus pandemic continues to smash the oil and gas industry in the US.

Economic data last week was supportive of crude oil. However, the numbers from July reflected an economy supported by government aid. The longer the economy goes without additional stimulus measures, the worse the numbers could be for August. Analysts think that this concern could weigh on crude demand and prices this week. Besides, the US summer driving season is coming to an end.