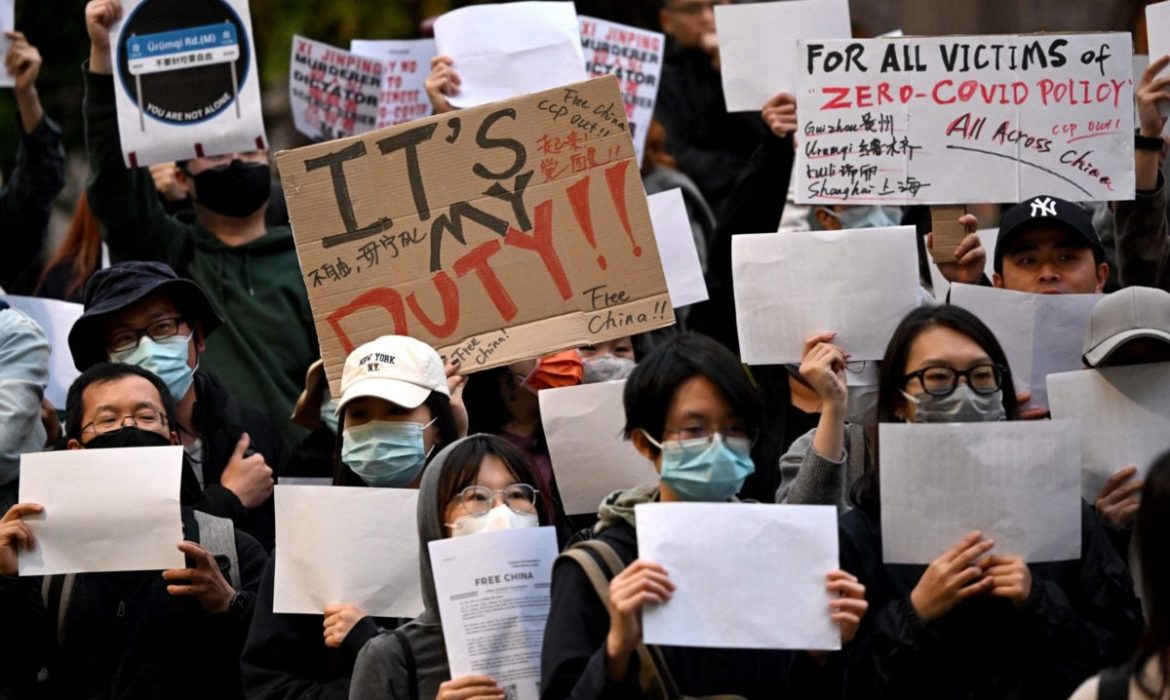 Widespread opposition to China’s COVID restrictions sparked demonstrations that risk leading to a government clampdown. The world’s No. 2 (Chinese) economy has been dented by an increase in global risk appetite that has since firmed. The unfolding of the events might look disturbing, yet there might be a spark in all the darkness.

When the impact of the protests rippled across the globe, haven assets such as the Japanese yen and Swiss franc attracted purchasers. Equities and commodities suffered. The prospect of soaring social instability is unsettling merchants, even though it is unclear how Beijing will adapt to the increase in dissatisfaction.

Investors had set their sights on a rebound in Chinese assets. But even though authorities relaxed some restrictions this month, the situation still looks complicated for them. The demonstrations began after a deadly fire in an apartment under lockdown. They pose a danger to China’s central bank’s modest, well-expected monetary easing move scheduled for Friday.

At 137.50 per dollar, the yen hit its highest level against the dollar in three months. Following a rally in early trading, European sovereign bonds softened.

As investors considered a possible reduction in demand, risk assets like oil dropped. The yuan’s rally in November was cut in half when it fell as much as 1.1% to around 7.24 per dollar. The Australian dollar and South Korean won both fell more than 1%.

After Beijing reduced quarantine periods and testing, optimism returned to the Chinese economy and stock markets earlier this month. This drove the MSCI China Index up by almost $370 billion. Property rescue measures boosted developer bond prices, while the yuan climbed to an eight-week high.

Gabriel Wildau is a managing director of Teneo Holdings LLC in New York. He warns that the demonstrations may prove positive for the markets in the long term. They might prompt President XI Jinping to speed up China’s exit from COVID Zero.