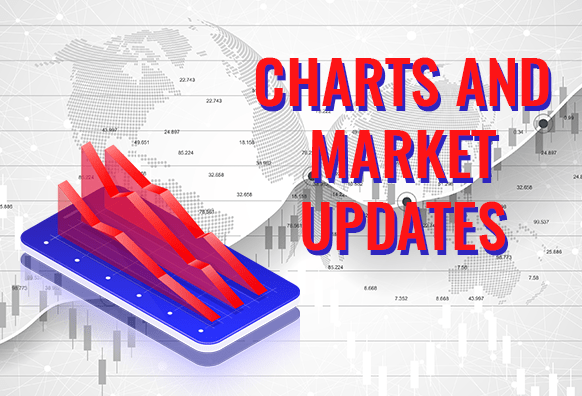 The sterling-krone pair met a reversal into 2019 levels last week as Norway finally saw hope in its economic recovery. The Norwegian Manufacturing Output figure reported better than expected results from -3% expectations to almost half as much to 1.6%. This proved that Norway was recovering quicker than expected, and in turn, reduced the recession anticipated from its earlier reactions to the spread of the coronavirus. Moreover, the oil-dependent economy is gaining against other currencies with rising oil prices amid increasing demand brought by reopening economies. Meanwhile, the pound is expected to fall alongside lowering consumer confidence for the UK from -34 to -36 for the month of May. The figure worries investors of the country’s economic strength through the second quarter, although CMC Markets UK claimed that the US economy’s reopening will also affect its own with lowering unemployment rates.

The oil-dependent Canadian dollar began to swoop under its rivals after the recent OPEC+ deal to extend 9.7 million barrels-per-day cuts to daily crude oil production through the end of next month. Economic strategists believe that this may moderate the pace of rebalancing the oil market, but this wouldn’t be enough to boost enough confidence in its economy due to the recent slump courtesy of the coronavirus pandemic. This was also on top of Canadian housing soaring last week, surpassing forecasts of 166.5 thousand to 193 thousand. However, news of increasing demand and higher prices for oil can propel the loonie up against its rivals. Moreover, the UK’s lowered GDP 3M/3M change for April, its lowered GDP both on a yearly and monthly basis, as well as its much lower than expected figure for manufacturing production for the same month will push its currency down near term, especially for oil-dependent economies such as Canada.

Now that the last coronavirus case in New Zealand has come to a close, the kiwi now only has one thing to consider: what once was a health-centered mission to unite against COVID-19 has become a mission to recover its economy. While this is happening, NZ’s massive $62.1 billion fiscal stimulus, as well as the Reserve Bank’s $60 billion near-zero interest rate policy alongside its quantitative easing program will keep its economy afloat. These factors will help boost the kiwi dollar near-term as the risk-oriented Canadian dollar remains uncertain. The oil-sensitive currency is waiting for OPEC to comply with the extended oil production cuts through the end of July, forcing investors to hesitate to invest for the loonie near-term. The only way for CAD to gain more near-term investors is China data, including the Retail Sales and Industrial Production, which are expected to impact the kiwi against most of its rivals, anyway.

The UK economy is set to shrink by 8% by the end of the year with economists expecting it not to recover from the damage brought by the coronavirus crisis. Britain just announced that its GDP slumped by more than 20% in April, a month after the pandemic paralyzed its economy. This collapse was by far the largest single-month contraction since 1997. To compare, the financial crisis recession from 2008 to 2009 only fell by 1.04 percent as its biggest monthly decline. Because of this, as well as the United States’ urge to forcibly reopen its businesses, the greenback is expected to gain against its Sterling rival. In fact, its questionable insistence prompted the White House economic adviser Larry Kudlow to announce that the US economy is now in a recovery stage with anticipation that 2021 will be a “solid, solid year.” The greenback’s course will then depend on future employment rates, which is now expected to rise through the next three months.