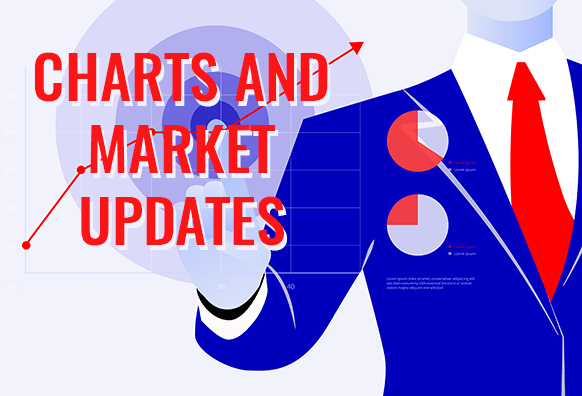 Russia’s industrial production for May went down by 9.6% in today’s report. This negative figure was 45.45% higher compared to April’s 6.6% decline. This trend was the opposite compared to the United States who’s reports for May turned positive amid the reopening of the American economy. In addition to that, several reports published this week pointed out to a better figure for June compared to May. Imports and exports report yesterday, June 15, both recorded 1.4% growth compared to May’s 0.5% at 1.0%. Also, industrial production went up by 5.4% in June compared to May’s 1.4% growth. Meanwhile, crude oil inventories report went down by 7.493 million, a bullish figure for the greenback. The US retail sales is also picking up as more and more US states announced the lifting of several restrictions which could put the economy back on track. The figure for the report is 7.3% compared to 5.0% expectations, representing a 46.0% surprise. Trend for the United Kingdom’s GfK Consumer Confidence report shows recovery for the country in the near-term. Figures were recorded at -27 points compared to -30 prior and -37 expectations. Also, in today’s report, the unemployment rate remains at 3.9% figure but was lower than analysts’ expectations of 4.2%. Meanwhile, claimant count change dropped for the first time since 2017 at -28,000. On the other hand, New Zealand began to feel the effect of the lockdown in the country through its inflation rate. Yesterday’s report showed inflation only growing by 1.5% for the second quarter compared to Q1 2020’s 2.5%. This figure puts into question whether the country can achieve the V-shaped recovery that analysts were expecting for. Also, the surprise in the United Kingdom’s report can bring back the faith of investors to the former member of the European Union. Another important event that investors must look at was the UK-EU Brexit transition. With the disappointing inflation figure for New Zealand in yesterday’s report, analysts and investors are reassessing the recovery in NZ and Australia. With its success in containing the coronavirus pandemic, analysts earlier anticipated a V-shaped recovery for Wellington. However, as the figure for inflation pointed to a mere 1.5% growth, economic recovery for New Zealand might be stalled. And just like with Australia, NZ could potentially experience a U-shaped recovery instead. As for Australia, it published a report today regarding the country’s employment status. Unemployment was higher at 7.4% for June compared to May’s 7.1%. However, this figure was the same as analysts’ estimates. Meanwhile, its employment change recorded a positive figure of 210.8K. This was the first positive figure since the coronavirus pandemic and the highest jobs creation since the 1930s. April and May’s figures were – 594.3K and -227.7K, respectively. Turkey is under pressure on all fronts. Its relationship with the United States, European Union, and Russia were all strained. Aside from the political pressure, the country’s economy was also unstable. In a recent report, GDP per capita in 2019 was at 61 points, 4 notched lower than 2018. Also, this was 39% below the EU’s average of 100 points. A major part of this disappointing figure was the refusal of President Recep Tayyip Erdogan to take loans from international financial institutions. He didn’t allow foreign exchange trading by western investment firms as well over the fear that these companies are acting on behalf of the US government and secretly plotting to send the Turkish lira down. Foreign reserves in the country were now down by $54 billion from $87 billion at the end 2019 to just $33 billion at the end of June. The country’s debt obligation over the next 12 months also surpasses Turkey’s foreign reserves.