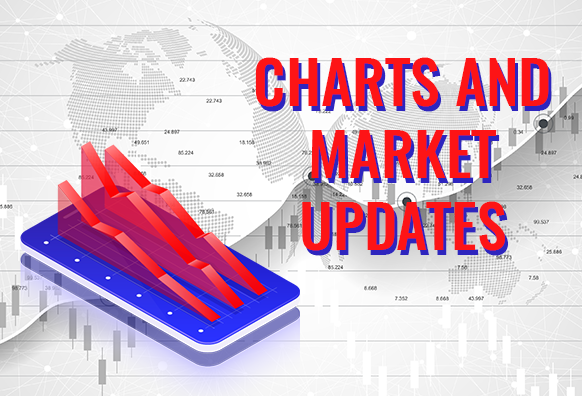 The British pound is slightly slipping against the US dollar, allowing bears to reel in the pair lower to its support. If the US dollar keeps on gradually edging against the pound, it’s expected that the GBPUSD exchange rate will hit its lowest levels since October 2019. The greenback is receiving support from the upcoming CB consumer confidence report for February which is expected to come out with improvements later today. Bears are betting on the robustness of the greenback to hold itself despite the great uncertainties with US stocks and the US economy, which is also battered by the global market’s uncertainties. With so much ahead of the pair, a steep downward trajectory run isn’t expected to happen anytime soon, instead, bears are hoping to push the British pound slowly and steadily lower. However, the question of whether the pair could actually break its resistance is another question as COVID-19 poses a threat to the US Fed and the buck.

The Japanese yen is set to pull the British pound to its resistance and reach its lowest level since November 2019. The safe-haven appeal of the beloved Japanese yen will be the main factor that will help it force the British pound on the defensive. The alarming spike of coronavirus cases in and out of mainland China is causing investors to scramble towards the Japanese yen in sessions. If the dilemma continues to weigh on the GBPJPY pair, it’s believed that it will reach its support levels by the first few days of the month of March. Earlier today, Japan’s Cabinet Office released the country’s lending index which showed a jump from 90.8% to 91.6% as projected. Meanwhile, last week, the United Kingdom recorded mixed results in its composite PMI, manufacturing PMI and services PMI, which caused the British pound to weaken in sessions. Aside from that, Britain’s public sector net borrowing plunged to £-10.54 billion to £3.46 billion.

The British pound to Swiss franc pair isn’t expected to break its tight sideways trend anytime soon, but it is expected to hit its support levels by the first half of the month of March. It appears that the success of the Swiss franc against other major currencies isn’t reflected in its pair with the British pound as its seen struggling to pull it even lower in sessions. Still, investors are relying on news from the Wuhan originated COVID-19 to reinforce the Swiss franc in the foreign exchange market. Just recently, a new wave of concern sent ripples across the market as China confirmed more than 500 new cases just this Tuesday. All eyes are also on the British pound as it was just recently reported that all members of the European Union agreed to mandate for the crucial trade talks with the United Kingdom. However, it’s also reported that the bloc’s members are likely to propose penalties or sanctions if the UK refuses to obey Brussel’s rules.

GBPNZD bulls are on track to push the pair upwards to its resistance levels. However, bears are bracing themselves and are exerting effort to push the pair downward and prevent bulls from getting away with gains. Unfortunately, the spotlight is on the British pound and the New Zealand dollar’s strength is being strained by the ongoing fight against the deadly novel coronavirus. The sensitivity of the kiwi to the Chinese economy has played an unfortunate role in its 2020 as its being drained by the problems faced by Beijing. The United Kingdom’s pound sterling also thrives from the news that all of the 27 members of the European Union agreed to mandate trade talks and negotiations with the United Kingdom. However, the tension and the situation between the bloc’s members and Britain isn’t expected to ease anytime soon as news about possible penalties or sanctions against the UK if it refuses to cooperate with Brussels are circulating.