Sign in
Home News Commodities Battle of the Safe Havens: Gold Down, Dollar Up

Battle of the Safe Havens: Gold Down, Dollar Up 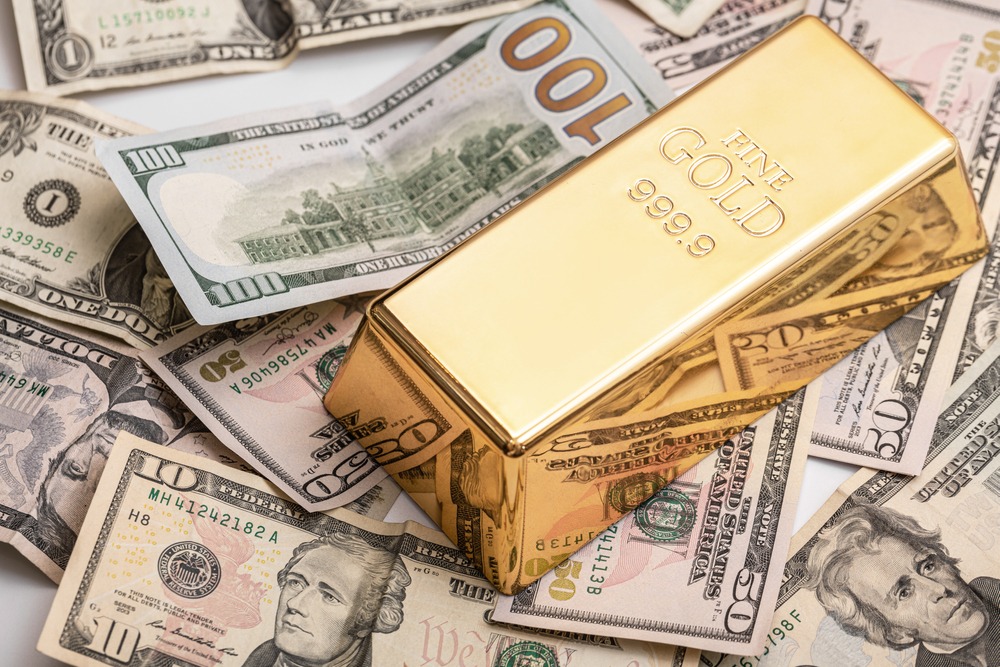 The US dollar’s recent muscle-flexing is outshining Gold, sending the battle of safe havens to another round.

The joint testimony of US Treasury Secretary Janet Yellen and the Federal Reserve Chairman Jerome Powell provided support for the greenback.

Both policymakers asserted confidence in the United States’ ability to recover in the soonest possible time.

Adding to the optimism is Yellen’s comment that employment could revert to full-blow as early as next year.

Similarly, Powell said that house spending has already fully recovered in the past months. This was with the help of continued vaccination and monetary injection.

With this, the gold futures, which are acting inversely proportional to the world’s reserve currency. The currency is currently down by 0.22% to $1,734.30 before mid-day.

The contract remains above the psychological support of $1,700.00, but analysts are worried as fundamentals suggest that it remains under the hands of the bulls.

Should the Treasury yields continue to hike, the next support will be found at $1,600.00 per ounce. This is way behind the all-time high of $2,050.00 from August last year.

On a more positive projection, should the contract succeeds in breaking the $1,750.00 level, then the next resistance will sit at $1,800.00 per ounce.

Analysts are optimistic that Europe’s recent crackdown will increase appetite for safe assets. However, this does not guarantee a straight-cut win for the precious commodity.

In an update on other metals, silver fell 0.6% in the early session along with platinum’s 0.3% slash. On the other hand, palladium continued its strong performance with a 0.4% addition.

Copper: Is the Uptrend Over Yet?

Metal traders are currently finding it difficult to find a strong footing amid the strong competition for investors’ attention.

For the first time in a while, analysts noted the sighting of trend exhaustion on copper contracts.

The metal managed to ascend to $9,000 per tonne in the London Mercantile Exchange and $10,000 in Shanghai in the past month amid high demand.

This is roughly double the price offered during the March 2020 bottom. At the moment, the market is apprehensive about any industrial-related commodity.

On the other hand, as with the natural ebb and flow among financial market charts, experts are seeing a gradual downtrend on the pattern.

The charts are pushing sideways with low-liquidity conditions, signaling a stall.

Hence, technical traders are quick to spot the deviation and are rushing to get out of the picture now that the copper contract is still trading near a record-high.