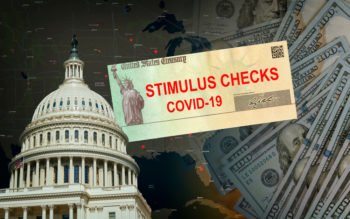 There are a lot of talks about the next coronavirus stimulus package and providing more direct financial aid. Thus, the question on most Americans’ lips is, “Will they, or won’t they?”

One political analyst forecast that lawmakers will likely go for all three options on the table. This is in regard to providing direct financial help to Americans. This may occur despite Washington politicians engaging in a war of words on Capitol Hill.

Ed Mills is a Washington policy analyst at Raymond James. He said that there is going to be a pot of money meant to go toward a combination of round two stimulus checks, back-to-work bonuses, and continued unemployment.

Mills said that the reason for that is the climbing coronavirus cases in states that voted Republican in 2016. Thus, this might help to push members of that party to provide more support. This is mainly because it is currently an election year. Democratic politicians already expressed their backing for more financial relief.

Moreover, looming deadlines will put pressure on lawmakers. That is what Mills forecasts. July 1 is the start of the fiscal year for 46 states. This is because 49 states cannot run a deficit. That will mean an uptick in local and state layoffs unless something changes.

The extra $600 weekly in unemployment benefits will expire in late July. That is still occurring, while many states press pause on reopening plans due to the rise in COVID-19 cases.

Mills said that the most comfortable compromise is to the lower dollar amount as long as it is looked at as one pot of money for dealing with multiple issues. Mills thinks that if he were to anticipate something that gets reduced, it would be the unemployment benefits.

Returning from its holiday recess, Congress will continue on July 20. Thus, legislators will now face pressure to act.

Mills said that sometime between the week of July 20 and July 27, he expects a lot of pressure on Congress. Congress will have the burden to get something done. So, he ultimately expects that they will do it.

The federal CARES Act passed in March. It included $1,200 stimulus checks for millions of Americans.

The United States President Donald Trump had an interview. There, he signaled that he is open to sending out more checks to Americans.

The Democratic-led House has passed a bill, which would be the HEROES Act.

It includes a second set of stimulus checks. Nevertheless, this time payments will be more generous. Families will get up to $6,000. Dependents will get $1,200, up from $500, for a maximum of three children. Non-Americans and dependents will be eligible for the stimulus funds as well.

Some experts say that stimulus checks do not necessarily target those who need the money most. The amount for many Americans who are not living on federal benefits was determined by their 2018 and 2019 tax returns and not what they are earning this year.